The Supreme Court said it has to find the context in which the five-judge bench had delivered the 1994 judgement that a mosque was not integral to Islam which arose during the hearing of Ayodhya land dispute. 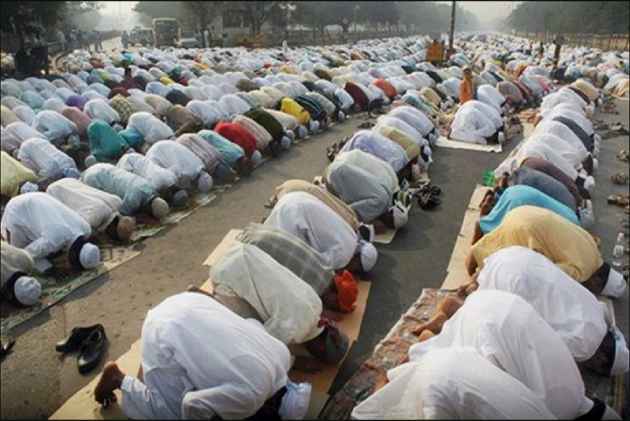 The Supreme Court on Thursday declined to set up a larger bench for a relook of its 1994 verdict which held a "mosque is not an essential part of the practice of Islam" paving the way for the apex court to hear the politically sensitive main Ayodhya title suit from October 29.

Ruling that the earlier observation was made in the limited context of "land acquisition" during the hearing of the Ayodhya case, the top court in a 2-1 verdict made it clear it was not relevant for deciding the Ram Janmabhoomi-Babri Masjid title dispute whose outcome will be eagerly awaited ahead of the 2019 Lok Sabha polls.

The RSS and the BJP welcomed the judgement and expressed confidence that a "just verdict" in the case will be reached at the earliest.

"We welcome this decision(to start the hearing) and are confident that a just verdict will be reached in the case at the earliest," the Sangh said in a statement.

A Muslim group had assailed the observations made by a five-judge Constitution bench in 1994 in the Ismail Faruqui case and had sought reconsideration of its observation that a mosque is not an essential part of Islam on the grounds that it has affected the decison of the High Court in the land dispute.

A three judge bench headed by Chief Justice Dipak Misra, by a majority of 2:1 declined the plea of M Siddiq, one of the original litigants of the Ayodhya case who has died and is being represented through his legal heir, that the matter be referred to a larger bench.

The apex court said now the civil suit on land dispute will be heard by a newly constituted three-judge bench from October 29 as Justice Misra will retire on October 2 as the CJI.

The issue whether mosque is integral to Islam had cropped up when a three-judge bench headed by CJI Misra was hearing a batch of appeals filed against the Allahabad High Court's 2010 verdict by which the disputed land on the Ram Janmabhoomi-Babri Masjid area was divided into three parts.

The three-judge high court bench, in a 2:1 majority ruling, had ordered that the 2.77 acres of land be partitioned equally among three parties -- the Sunni Waqf Board, the Nirmohi Akhara and Ram Lalla.

"In view of our foregoing discussions, we are of the considered opinion that no case has been made out to refer the Constitution Bench judgment of this Court in Ismail Faruqui case for reconsideration," Justice Bhushan said.

The 1994 verdict had said: "A mosque is not an essential part of the practice of the religion of Islam and namaz(prayer) by Muslims can be offered anywhere, even in open."

Justice Bhushan said it has to find out the context in which the five-judge bench had delivered the 1994 judgement.

The court also said all religions have to be respected equally by the State.

"All mosques, all churches and temples are significant for the community."

Justice S A Nazeer, the third judge, dissented with the majority view and said the question whether mosque was essential part of the religion cannot be decided without a "detailed examination of the beliefs, tenets and practice of the faith" and favoured reconsideration of the issue to a larger bench.

He referred to the recent Supreme Court order on female genital mutilation and said the present matter be heard by a larger bench.

Justice Nazeer said the questionable observation of 1994 verdict had permeated into the Allahabad High Court's decision in the land dispute case.

In this context, he also highlighted the observations of the high court judge S A Khan that mosque is not integral to Islam.

Uttar Pradesh Chief Minister Yogi Adityanath said it is for the country's benefit that the Ayodhya issue is resolved quickly.

“The majority of this nation wants a solution to this at the earliest," he told reporters in Lucknow.