Jaipur: Activists have accused Rajasthan police of forcefully bringing back a woman to Dholpur from Delhi on Tuesday, after her parents lodged an FIR that she had been abducted.

Earlier, the 26-year-old woman, working in Dholpur as a fellow of a reputed institute, had written multiple letters to activists, the Delhi Commission for Women (DCW) and Delhi police saying that her family members are forcing her to get married against her wishes.

“My family is denying my right to take own decisions with regard to my future. I do not want to disclose my location as I am afraid that my family will find out and take me away forcibly and marry me off against my wishes or harm me in case of my refusal. I fear for my life and well being and I do not want to be contacted by my family and relatives,” said the girl in a letter to Swati Maliwal, chairperson, Delhi Commission for Women.

In another letter addressed to the DCP Parliament Street, Delhi, the woman said, "My family is forcing me to get married. When I refused they threatened that they would take me away forcefully, pull me out of my job and stop further studies. I left Dholpur on my own and contacted NFIW for protection.” Despite her letter to Delhi police, Rajasthan police took her to Dholpur on Tuesday. 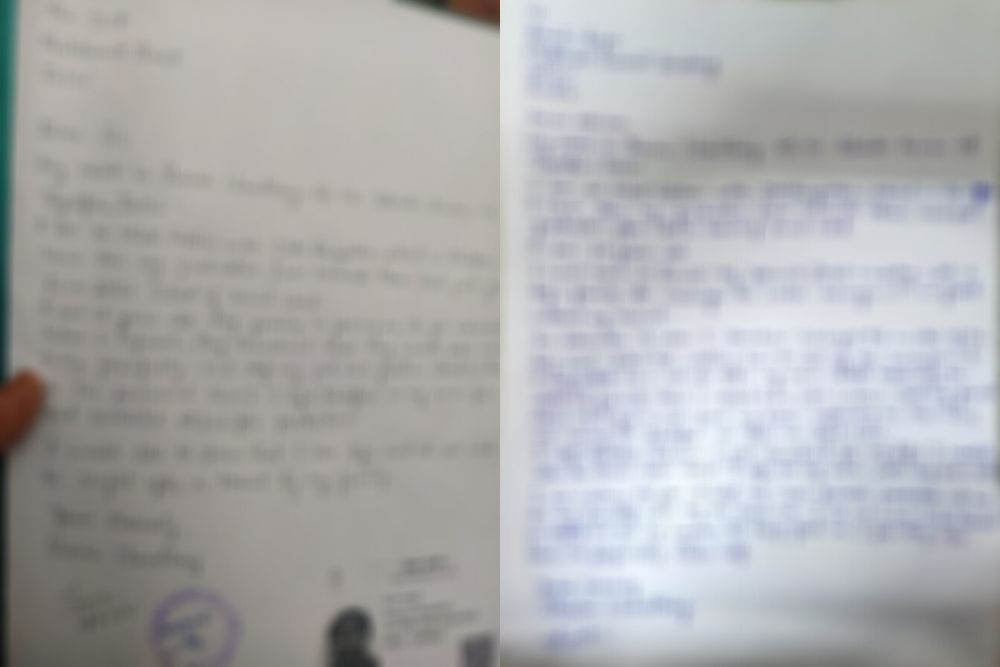 Rajasthan police said that the woman's family members had registered an FIR in Dholpur alleging that she was abducted and Dholpur police had “recovered” her from Delhi on Tuesday.

“The girl's family had lodged an FIR against unknown people under the various sections of the IPC including section 363 (punishment for kidnapping). Rajasthan police with the help of Delhi police recovered the girl near Shaheen Bagh in New Delhi on Tuesday. She is currently with the police and being brought to Dholpur, where her statement would be recorded under section 164 CrPC in front of the magistrate,” superintendent of police Dholpur, Kesar Singh Shekhawat, told Outlook.

Activists slammed Rajasthan police for bringing her to Dholpur. " A girl needs protection instead of recording her statement. Dholpur police came with the girl's parents and forcibly took her away with her parents. Rajasthan police are treating a 26-year-old girl as an infantile and wish to control her,” said Kavita Srivastava, president, PUCL Rajasthan, in a statement.

According to the press release issued by the Peoples’ Union for Civil Liberties (PUCL), the woman contacted the National Federation of Indian women (NFIW) in Delhi on November 21, who took her to a police station in New Delhi. “She then met the chairperson of the Delhi State Women's Commission on November 23, who was apprised of the matter and proceeding to inform her parents and get her protection,” said Srivastava, who also met the woman in New Delhi.