What's More Dangerous? Lambda, Kappa, Or Delta? And Why? Know It From The Doctor 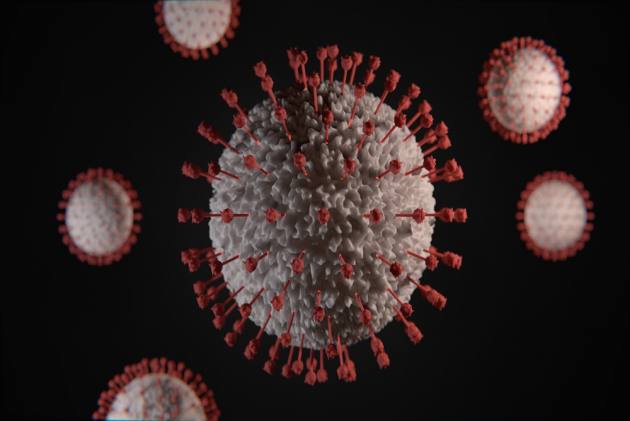 Amid increasing cases of Delta plus variant in India, other variants have become a topic of concern after India’s recent encounter with a deadly second wave. Aside from the Delta Plus variation, four new varieties have gained the attention of health experts. B.1.617.3, a relative of the Delta variant; B.11.318, which contains 14 mutations; Lambda, a variant discovered by Public Health England and classed as a variant of interest (VOI) by the World Health Organization; and Kappa or B.1.617.1 are among the variants.

2021 has been in the headlines for variants of Covid-19. Last week, two cases of the Kappa strain of Covid-19 were reported in Uttar Pradesh, after two patients were identified with having the Delta plus strain in Deoria and Gorakhpur.

So, it’s crucial to understand what is a variant and how dangerous it could be based on the properties:

The virus keeps on changing and most of the mutations are insignificant and do not alter the characteristics of the virus. However, of the many such mutations, a few may affect the virus’s ability (a) to spread or transmit; (b) to cause severe disease; or (c) its performance against vaccines, therapies, diagnostic tools, and other public health and social measures. If any such mutation happens in SARS-CoV-2 with properties that are under investigation and not yet scientifically proven, they are called Variants of Interest or VOI; and when the properties are proven, they have termed Variants of Concern (VOC). This process of designating a variant VOI or VOC is dynamic and based on continuous risk assessment. A variant can be upgraded or downgraded to different categories based on the most recent evidence and risk assessment.

WHAT IS THE KAPPA VARIANT?

According to experts, the Kappa variant, also known as B.1.167.1, is a double mutant strain of the virus that has raised red flags and prompted global gene surveillance to check for its prevalence and propagation. The double mutation is a distant lineage since it consists of two viral types. The E484Q mutation, which is identical to the E484K mutation identified in the fast-spreading Brazilian and South African variants of concern, is one of them. It also contains the L452R mutation, which allows the virus to evade our immune system’s natural defences.

WHAT IS THE DELTA VARIANT?

The Delta variant, first discovered in India, has been attributed as the driver behind the country’s devastating second covid wave, which saw cases and deaths rise exponentially. According to a study, vaccines are also eight times less effective against the variant, as compared to the original strain found in Wuhan, China. The sub-lineage B.1.617.1 is now known as Kappa while B.1.617.2 is known as the Delta variant. The Delta variant is responsible for the emergence of the second wave in India; it has been found in nearly 100 countries and is a global VOC.

In simple terms, Kappa is a sibling of Delta. However, as in a family, siblings could be very different from each other, and that exactly is the case with Kappa and Delta. While the Delta variant has higher transmissibility, documented immune escape, and breakthrough infections, none of these properties have been documented for the Kappa variant, so far. Kappa variant is not a major concern as of now.

WHAT IS THE DELTA PLUS VARIANT?

The new Delta plus variant has been formed due to a mutation in the Delta or B.1.617.2 variant, first identified in India and one of the drivers of the deadly second wave. Some cases of the ‘Delta plus’ variant of Covid-19, considered highly infectious, have been reported in Maharashtra threatening to massively dent the state’s fight against the virus as experts warn that this variant may trigger a third wave of the pandemic in the state.

It has been detected in nine countries, including UK, Portugal, Switzerland, Poland, Japan, Nepal,

WHAT IS THE LAMBDA VARIANT?

Lambda variant (C.37) is in the news because it is the seventh and the latest VOI to get designated by the WHO on June 14, 2021. The variant was first reported from Peru, possibly as early as December 2020. At present, it is the most dominant variant in Peru (around 80 per cent of all cases in the country) and Chile and is widely circulating in South America. By June 2021, it had been reported in around 25 countries, including in the UK, France, Germany, Italy, and Australia. However, the number of COVID cases as a result of this variant outside South America remains small. No case of Lambda variant has yet been reported from India or neighboring countries.

WHAT DOES IT IMPACT US?

The designation of a variant as VOI or VOC is an important part of the global response to the pandemic. However, no matter which variant it is, there is no change in the recommended measures to prevent SARS-CoV-2. Most of the currently licensed vaccines are effective against these variants may be less in some however it still protects against severe Infection. Therefore, we must get vaccinated. Kappa is not a cause of immediate concern and there has not been any documented change in the properties of the virus; therefore, you don’t need to panic. Lambda variant has not been reported from India; however, the Indian government should keep an eye out by stepping up genomic sequencing.

Epidemiologically, there is a real possibility of a third wave in India and it is possible that if a new variant emerges, the third wave could arrive early delta plus could be the trigger behind the third wave as far as India is concerned at the citizen level, we must keep following COVID- appropriate behaviour, which includes wearing a face mask, maintaining physical distancing, washing hands and getting vaccinated. That’s how we fight the virus and reduce the impact of any subsequent wave, as and when that happens.