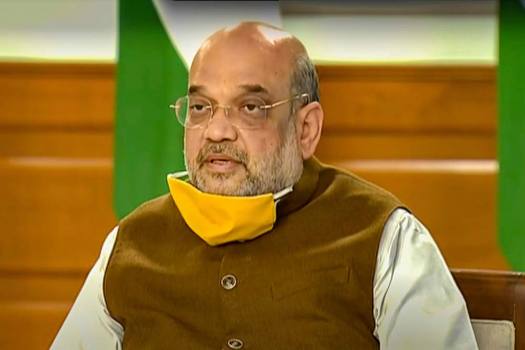 Several tribal community leaders of Tripura have cautioned the union Home Minister and expressed their concern over ‘growing influx of Chakma community including some with arms’ especially in Gandacherra subdivision under Dhalai district bordering Chittagong Hill Track (CHT) in Bangladesh.

Apex body of Tiprasa societies, that consists of majority of tribal communities, under the banner Council of Tiprasa Hoda, in a letter addressed to Amit Shah, Home Minister of government of India, said that, “due to incessant flow of Bangladeshi nationals, mostly Chakma community, through illegal routes and the facts shall be established by the census figures of Gandacherra in 2001 and 2011.”

The letter added, “These infiltrators are mainly settled in four villages namely Narikelkunja, Naikachera, Twichakma and Thakurchara ………..it is reported by the local people that there are one/two camps at Narikelkunja set up by illegal migrants Chakma, which are manned by armed gangs with sophisticated ammunitions and is instrumental for all these illegal activities.”

The area comes under the Tripura East constituency and local Member of Parliament (MP) Rebati Tripura said that he also got a copy of the letter and which he had forwarded to the appropriate authority for proper enquiry.

Meanwhile, Manik Sarkar, Opposition Leader and former Chief Minister of Tripura said that it is a ‘matter of great concern’.

He said, “The same organization had given me a copy of the letter which was written to the Union Home Minister and the Chief Minister. I have forwarded it to the state government to investigate the matter raised in the letter and if it is fact then it is a matter of great concern.”

He said, “For 25 years you ruled our state and today your language is to break the unity amongst the 19 tribes. This is something all of us should remember. You are against outsiders then why were you silent on NRC, you are against outsiders then why no protesters were done by CPIM in Tripura for CAA. You opposed our Bru brothers and sisters from getting rehabilitated in Kanchanpur and your members are a part of the Suraksha Manch. You kept silent when 5 of our boys were shot in Madhabbari - and now you want to fool the indigenous people by dividing us- to the last breath we will overcome.”

He added that the Bru people had to leave their land in Tripura because of the construction of the dam for the Dombur lake, similarly the Chakma became landless in present Bangladesh due to the Kaptai dam.

However, Suhas Chakma, founder of Delhi based Chakma Development Foundation of India denied that allegation by the Council of Tiprasa Hoda about incessant flow of Bangladeshi Chakma community people illegally migrating to Tripura and settling in few pockets of Dhalai and North Tripura district and creating hindrance to the lives and livelihood of locals.

Over phone he said, “These are baseless allegations and why should Chakma people, who are the majority tribal people in the CHT migrate to Tripura, rather the most vulnerable community across the border are the Tripuri’s and they have more of their relatives on this side. Again in the CHT the Chakmas are more concentrated in the Rangamati which has its border with Mizoram while Tripura shares it border with the Khagrachari and the villages there have the Tripuri population and it is easy for them to cross in to Tripura and not the Chakma people.”

Criticizing the repatriation of the Mizoram Bru displaced people in Tripura, Suhas viewed that Chakma community have become a determining factor in at least five out of the 20 ST reserved assembly seats in Tripura and which is a matter of worry for many.

A top police official on condition of anonymity said that he is aware of the letter but declined to comment on it.