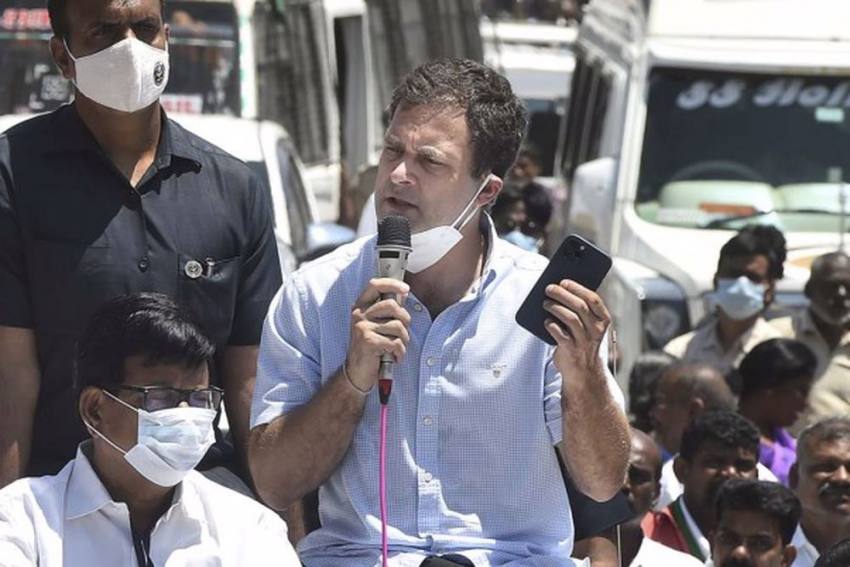 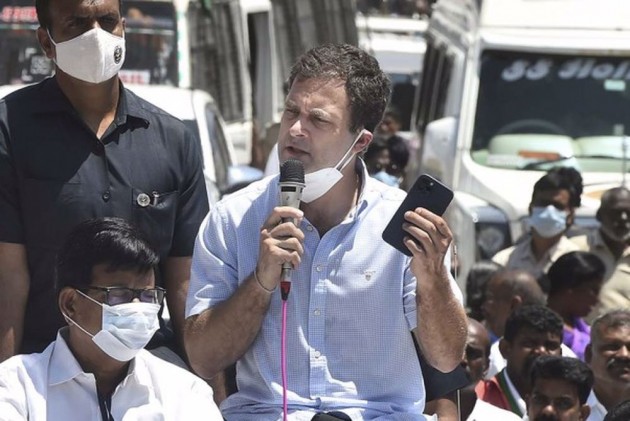 During his election campaigning in Tamil Nadu Monday, Congress leader Rahul Gandhi said that Tamil Nadu should show the way to India in keeping away forces that are inimical to language and culture and those projecting "one culture, one nation, and one history" concept.

If he were to interview Prime Minister Narendra Modi, Rahul said he would ask "why are you convinced that all answers should come from you".

At a public address in Nagercoil in the district, Gandhi said history has shown nobody can rule Tamil Nadu other than the Tamil people.

"This election will show the same thing that only a person who truly represents the Tamil people can be a Chief Minister of Tamil Nadu," he said.

"Tamil Nadu chief minister (K Palaniswami) who bows to Prime Minister Narendra Modi will never be able to do this. The chief minister should bow to the people of the state," he said.

The RSS and Modi "insult Tamil language and culture", he said, adding the people should not to allow them to gain a foothold in the state.

Rahul further said "Modi talks about one culture, one nation, one history and one leader."

He accused the BJP-led government at the Centre as well as the Palaniswami government of not respecting Tamil language, culture or tradition.

Recalling the yeoman service of late Congress MP H Vasantha Kumar, Rahul said he always stood by the party values. He laid a wreath at Kumar's memorial at Kanyakumari.

During his interaction with students of St. Joseph's Matric Higher Secondary School, Mulagumoodu in the district, he said NEET is a 'big' issue in the state.

"NEET is a big issue here. It is stopping many youngsters from pursuing their dreams. It is not beneficial," he claimed.

"If I force you to read, then it is arrogance, but if I ask what do you require, then it is humility. Arrogance creates problems whereas humility resolves problems," he said.

Asked why youngsters don't want to make politics a career, Rahul said it could be so because "there are some politicians who steal from people."

"There are good political leaders who work for the people, try to understand people and empower them. Draw inspiration from such leaders who help people," he said.

Recalling his brief interaction with a few boys with whom he sipped tea, before arriving at the school, Rahul said he was impressed by the ambition of one of them who wanted to become an astronaut.

He said he would write a letter to the Chairman of ISRO who may allow the boy to visit the space station.

"When he visits, he may be inspired and will grow up to join the space mission...," Gandhi said. Becoming an astronaut was the boy's choice but helping him achieve his dream was the politician's job, he added.

Asked what he would ask Prime Minister Narendra Modi, if he were to interview him, he shot back, "you have asked me a tricky question," evoking laughter from the audience.

"I would ask, why are you convinced that all answers should come from you. Why don't you listen to what the people of the country feel or want to say," he said.

Many students who interacted with Rahul addressed him as Rahul "Anna" (elder brother).

What is Rahul Anna's recipe for good health, does he follow a special diet regimen, a student asked.

"I run, swim and cycle. I have learnt Aikido martial art," Gandhi said and demonstrated the Japanese technique.

During his tour, he tasted palm fruit and sipped tea in a shop.

Later, at a roadshow, he lashed out at the Centre over demonetisation and Goods and Services Tax (GST), saying they "destroyed" many small and medium businesses.

"The new farm laws are going to destroy the lives of our farmers," he said.

CICSE Class 10 Board Exams From May 5, Class 12 Exams From April 8: CICSE Chief