TMC Goons Will Be Jailed Within A Month Of BJP Coming To Power In Bengal: Yogi Adityanath

Adityanath said the 'murdered BJP karyakartas (workers)' including Sudarshan Pramanik from Hooghly district, will get justice once BJP comes to power in the state. 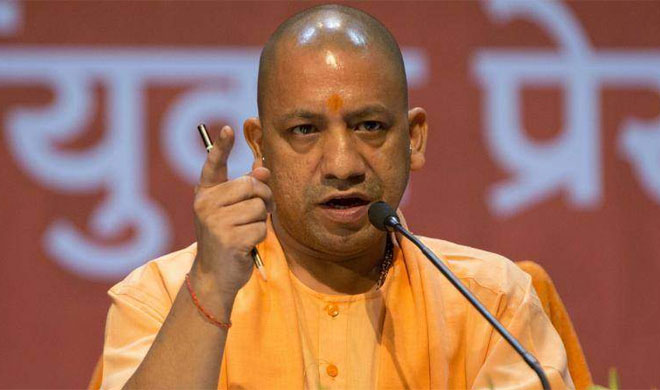 Uttar Pradesh Chief Minister Yogi Adityanath on Sunday asserted that "goons sheltered by the Trinamool Congress" will be tracked and will be jailed within a month of the BJP forming government in West Bengal.

Adityanath said the "murdered BJP karyakartas (workers)" including Sudarshan Pramanik from Hooghly district, will get justice once BJP comes to power in the state.

"TMC goons, listen carefully. After the counting of votes, we will teach you a lesson. Similar things happened in Uttar Pradesh four years back after we formed the government there.

Is He God Or Superhuman: Mamata’s Jibe At PM Modi For Predicting BJP Victory In Bengal Polls

"We imprisoned the tormentors of people. In Bengal, we will punish those who are a part of the syndicate raj and demand cut money (commission)," Adityanath said.

Accusing the TMC supremo of pursuing politics of appeasement during her 10-year rule, he said Banerjee created hurdles in Durga puja, Saraswati puja and Holi celebrations in Bengal, something that never happens in Uttar Pradesh.

"Elect the BJP to ensure you are not stopped from taking part in festivals," he said.

Banerjee's UP counterpart also said she is "allergic" to the chanting of 'Jai Shri Ram'. "Just like the way she doesn't allow Durga Puja here, she is opposed to building of the Ram temple in Ayodhya."

He said decisions like giving the go-ahead for construction of the Ram temple and scrapping Article 370 in Jammu and Kashmir are examples of BJP fulfilling its poll promises of 2019.

"In my state, 1.30 crore people have been provided electricity free of cost, every poor family got free ration, everyone is covered under Ayushman Bharat.

"In contrast, people of Bengal are deprived of the benefits of central projects, and farmers did not get Rs 6,000 under the PM Kisan Nidhi Yojana. Around 1,000 farmers committed suicide in the past 10 years," he claimed.