On Wednesday, UP Police arrested the three men with alleged links to Ansar Ghazwatul Hind, an organisation associated with Al-Qaeda. 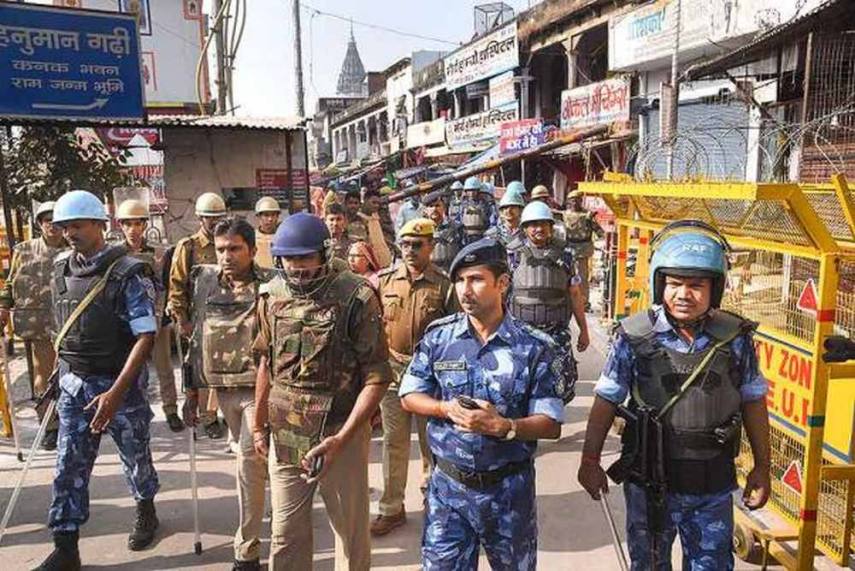 Days after the arrest of two alleged Al-Qaeda terrorists from Kakori near Lucknow in Uttar Pradesh, three more alleged terrorists with links to an international terror organisation have been arrested in the state.

On Wednesday, UP Police arrested the three men, identified as Shakeel, Mohammad  Mustqueem and Mohammad Moid, all city residents, with alleged links to Ansar Ghazwatul Hind, an organisation that has been linked to Al-Qaeda.

While Shakeel is from the Wazirganj locality, the latter two are from Muzaffarnagar and New Haiderganj respectively.

Earlier on July 11, the UP Anti-Terror Squad (ATS) had arrested Minhaz Ahmed and Musheeruddin. The ATS had claimed that they were planning explosions, including using "human bombs" at several places in Uttar Pradesh.

“On their tip-offs, some persons were called for interrogation by the ATS. The three were arrested after they accepted their involvement with the earlier two arrested," Additional Director General (Law and Order) Prashant Kumar said.

The three will be produced in a court for further action, he said.

They were planning to "unleash terror activities before August 15 (Independence Day) in different cities of the state, including Lucknow, Kumar had said earlier.

"They were planning explosions at important places, memorials and crowded places, and also to use human bombs. For this, they were collecting weapons and explosives," Kumar had said.

He said members of the module are not only from Lucknow but also from Kanpur in the state.

The official had said that an improvised explosive device (IED) was found at Ahmed's house along with explosives and a pistol.

Explosives were also seized from Musheeruddin's residence. He said the module for the Indian subcontinent was announced by Al-Qaeda on September 3, 2014.

Maulana Asim Umar, who headed the Al-Qaeda in the subcontinent, was killed on September 23, 2019, in a US-Afghan operation, Kumar had said.

Umar Halmandi had started the work of recruiting men for the Al-Qaeda in India and radicalise them, he said.

For this, he had identified some aggressive persons in Lucknow, appointed them and built the Al-Qaeda module, he said.