Talha Mannan Khan, an MA first-year student at Aligarh Muslim University (AMU), says the least anyone can do is to express oneself on social media. 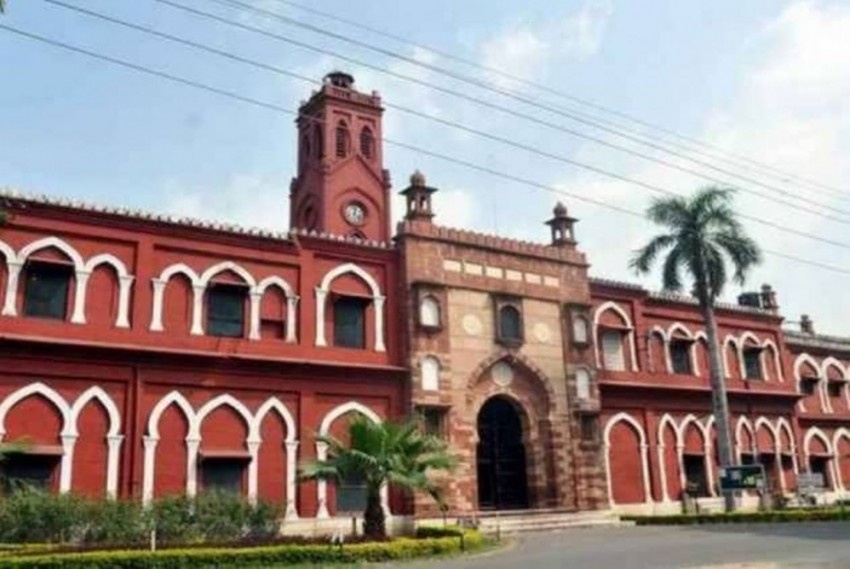 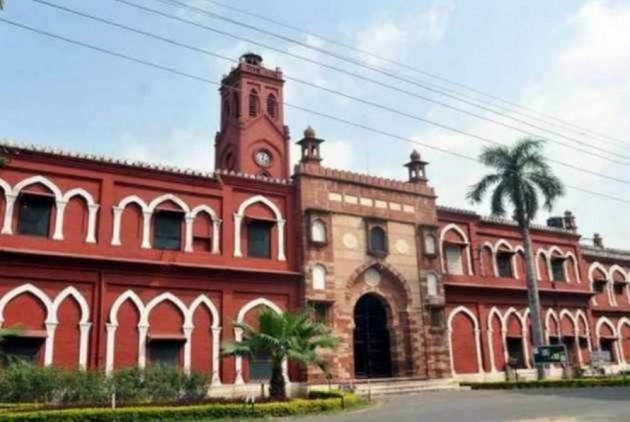 Two Aligarh Muslim University students -- Sharjeel Usmani and Talha Mannan Khan -- have been booked for allegedly sharing a post on Facebook calling for a public meeting at campus' Kennedy House lawns to mark the 27th anniversary of the demolition of Babri Masjid.

They have been charged under sections 153-A and 67 of the Information Technology Act, the FIR stated.

"Just days ago, the district administration, in a public meeting, suggested we don't do anything that may lead to a law and order situation," Chauhan said.

"We followed the suggestion. Nobody from our side shared anything related to 'Shaurya divas'," he said, asking, "why those students were then planning a public meeting to mark the demolition?"

Sharjeel Usmani, a BA final year student, said the police were trying to "intimidate" them by filing a case. "They don't want us to remember Babri Masjid. But we will never forget and never forgive the people, who were involved in the destruction of Babri Masjid," he told Outlook.

He said he had been organising such a meeting every year since he joined the university to mark the event.

"There were five speakers, including myself and Talha Mannan, all university students, who addressed the gathering. The meeting ended peacefully and we all went back to our respective hostels," Usmani said.

He stresses the meeting was meant to remember the Babri Masjid.

Usmani added he hadn't made the poster in question and had just edited it to add the details of the venue and timing of the meeting. "Even if I had made this poster, I find nothing wrong in it," Usmani said.

Talha Mannan Khan, an MA first-year student at AMU, says the least anyone can do is to express oneself on social media.

"We weren't on the roads, and they are filing FIRs for sharing posters," Khan tells Outlook, adding, "such a simple thing is being looked at like a crime."

"What can be sadder than that?"

Chauhan has accused the students and some others of trying to "disturb the peace of the city by holding protest against Babri mosque demolition and undermining the Supreme Court's recent judgment" in the Ayodhya case, according to PTI.

The 16th-century mosque was demolished on December 6, 1992, by "karsevaks", who converged on the site as part of a movement by the BJP and Hindu outfits for construction of a temple dedicated to Lord Ram.