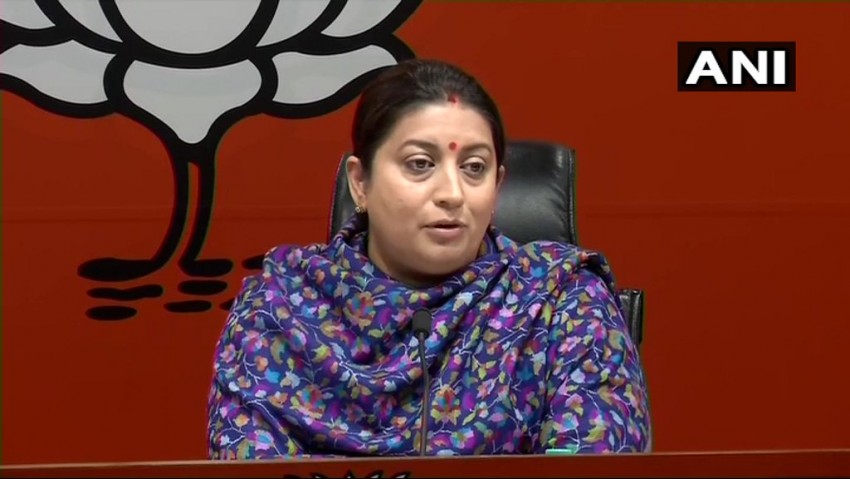 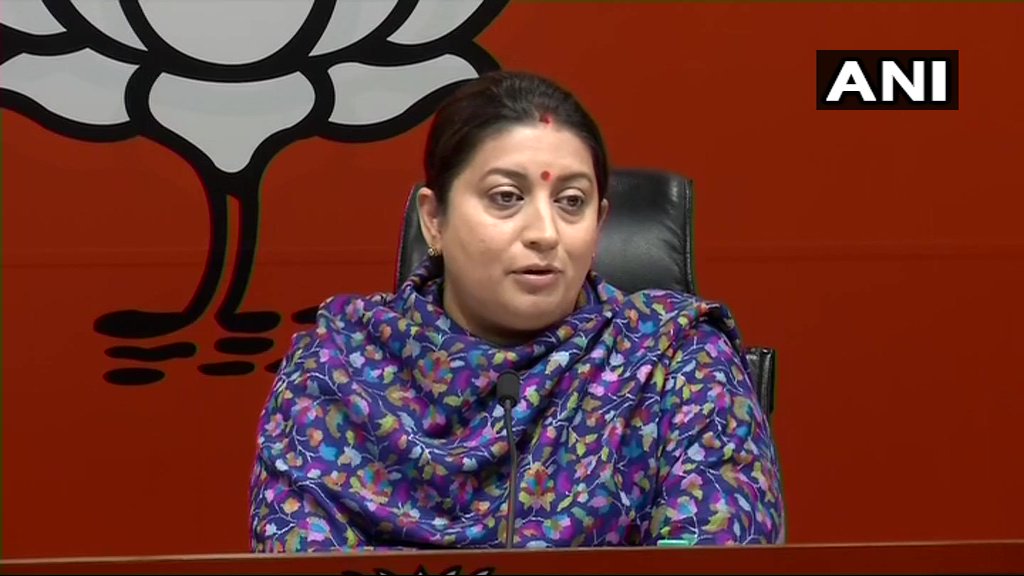 Union Textiles Minister Smriti Irani on Tuesday launched a scathing attack on the Congress and the party's former president Sonia Gandhi, saying there was clear proof of a conspiracy to destroy BJP president Amit Shah.

"The CBI created evidence for a manufactured probe. But the courts have cleared BJP chief Amit Shah of all charges levelled against him. It was a conspiracy by Congress," Union minister said at a media briefing.

Union Minister and BJP leader Smriti Irani: Speaking as a MP from Gujarat, if you are saying that Opposition's contention is that by saying 'Jai Hind' you are being regressive then I rather embrace my nation & celebrate its prominence & say 'Jai Hind'. pic.twitter.com/cFjzkjessD

Claiming that the Sohrabuddin case was politically motivated, Irani said, “The entire investigation was carried out according to a set script to achieve certain goals. Truth has finally won in a case that was nothing but a conspiracy by Congress”.

The remarks came a day after the copy of the 358-page judgement of the court in the case was made available only on Monday.

The CBI had charged 38 persons, including Amit Shah, who was then Gujarat home minister, Gulabchand Kataria, the then Rajasthan home minister, and senior IPS officers like D G Vanzara and P C Pande. The prosecution had examined 210 witnesses, of which 92 turned hostile.

Shah was arrested in the case in July 2010, but released on bail by Gujarat High Court in October 2010. He was discharged by CBI court in December 2014.

Sixteen people, including Shah, Kataria, Vanzara and Pande, were earlier discharged by the CBI court due to lack of evidence.