The Delhi Police also conveyed to the MHA that it was deploying a battalion of around 1,000 personnel of its armed police in the violence-hit areas. 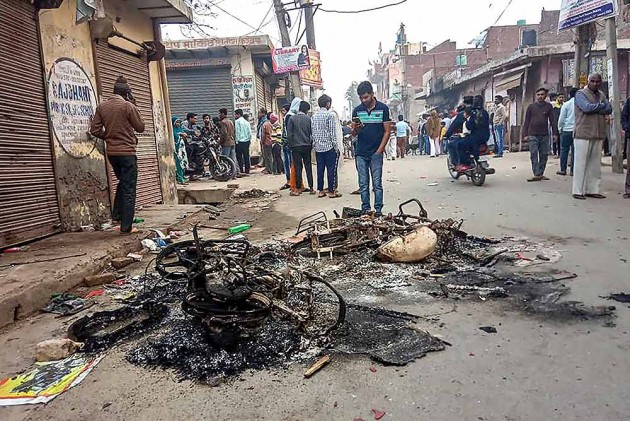 The Delhi Police told the Union Ministry of Home Affairs (MHA) on Tuesday that it did not have adequate forces to immediately control the violence that hit parts of Delhi claiming nine lives, including that of a policeman, officials said. (Catch live updates on Delhi violence here)

The non-availability of adequate forces was conveyed by Delhi Police Commissioner Amulya Patnaik during his meeting with the top brass of the MHA.

The Delhi Police told the MHA that it did not have adequate forces to control the northeast Delhi violence immediately, which led to the situation getting aggravated, a senior official said.

It also conveyed to the MHA that it was deploying a battalion (around 1,000 personnel) of its armed police in the violence-hit areas, he added.

Another official said the police was provided with a total of 35 companies of paramilitary forces, of which 20 companies were given to it in the last three days to enhance the security of the national capital during US President Donald Trump's visit.

A head constable was among the nine persons killed and at least 50 people, including paramilitary and Delhi Police personnel, were injured as violence spiralled over the amended citizenship law in northeast Delhi on Monday.