Priyanka Gandhi is to campaign for Congress candidates by holding road shows in North East and South Delhi constituencies. 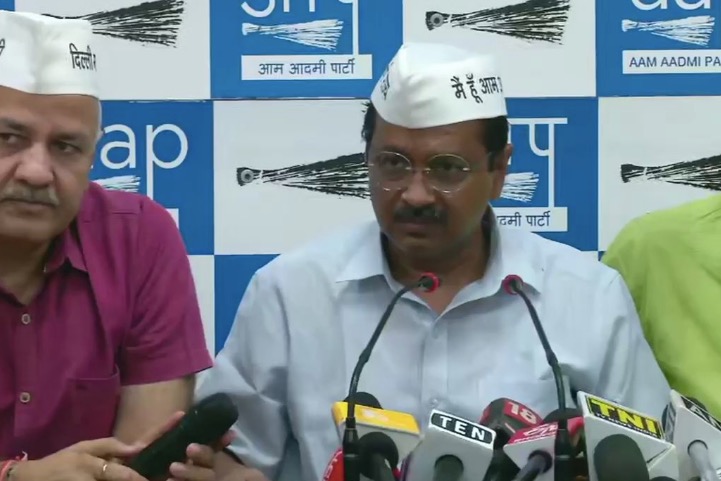 AAP chief Arvind Kejriwal on Wednesday said that Priyanka Gandhi should not "waste her time" campaigning in Delhi, where the Congress will "lose its deposit" and instead campaign in Rajasthan and Madhya Pradesh.

Priyanka Gandhi is to campaign for Congress candidates in Delhi from Wednesday by holding road shows in North East and South Delhi constituencies.

Referring to Prime Minister Modi's public meeting at Ram Leela ground on Wednesday evening, Kejriwal said: "Today the PM is coming to Ram Leela ground for a public meeting at 5 pm. He should answer our three questions. Firstly, why did he do sealing in Delhi? Secondly, why did PM Modi go back on his promise to make Delhi a full-fledged state? Thirdly, what is PM Modi's relation with Pakistan PM Imran Khan? Why does Khan want Modi to become the Prime Minister of India once again."

Elaborating on the good works being done by his government in unauthoriesed colonies in the national capital, Kejriwal said: "We will make the unauthorised colonies liveable and upgrade their infrastructure facilities. We want to give them a life of dignity. We want the people to give us the power to help create an environment feasible for a better Delhi."

Delhi goes to polls on Sunday. The results would be announced on May 23.