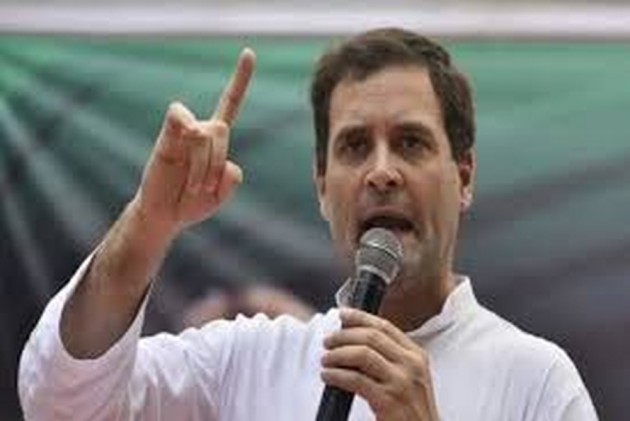 The Congress on Tuesday stated that its president Rahul Gandhi, in his "explanation" to the Supreme Court, has asserted that it was never his intention to attribute the "chowkidar chor hai" slogan to the apex court, but the party will continue to use the expression in the future.

The party's assertion came hours after the Supreme Court issued criminal contempt notice to the Congress president, for his "chowkidar chor hai" remark on Prime Minister Narendra Modi while referring to the Rafale judgment, which the apex court said was "incorrectly attributed" to it.

The top court said it will hear on April 30 the criminal contempt petition filed by BJP MP Meenakshi Lekhi against Gandhi, along with the pending review petition against the December 14, 2018 verdict in the Rafale fighter jet deal.

Supreme Court Sends Notice To Rahul Gandhi Over Rafale Comment, Says Not Satisfied With His Reply

Abhishek Manu Singhvi, Congress spokesperson and senior advocate who appeared on behalf of Gandhi, said last week the Supreme Court had asked Gandhi to provide an explanation to it in the matter.

He said in the detailed explanation filed on Monday, that it has been clearly mentioned that a campaign is being run by Gandhi, Congress and other parties, since the last 18 months or so, stating that Prime Minister Modi, some Union ministers and others are complicit in the Rafale "scam".

"In this context, we had coined and repeatedly used, endorsed and relied upon the political slogan 'chowkidar chor hai' which we have done, we continue to do, and will continue to rely upon," Singhvi said, citing Gandhi's reply in the court.

"It was never our intention to attribute this slogan as a finding of the Supreme Court. Indeed it could not have been such an intention for the simple reason that no court much less the Supreme Court would adopt or endorse such a slogan in a court order," he added.

Singhvi said he requested the court to close the matter, asserting that the BJP was politicizing it, and even using the court as a forum for politicization.

On hearing Singhvi, on behalf of Gandhi, a bench headed by Chief Justice Ranjan Gogoi said, "We deem it fit to issue notice to the respondent (Rahul) Gandhi."

"We also direct the registry to list the review petition along with the contempt petition next Tuesday," said the bench, also comprising Justices Deepak Gupta and Sanjiv Khanna.

The apex court on April 15 had given a categorical clarification, that in its Rafale verdict there was no occasion for it to make a mention of the contemptuous "chowkidar Narendra Modi chor hai" observation, and had directed the Congress president to give his explanation on it.

In her plea, Lekhi, the Lok Sabha MP from New Delhi constituency, has alleged that Gandhi has attributed his personal remarks to the top court and tried to create prejudice.

The Congress has alleged corruption and favouritism in the Rafale fighter jet deal and party president Gandhi has made a barrage of allegations against the prime minister.

The government has, however, denied any wrongdoing in the Rafale deal.