The much-awaited report on Capital Acquisition on Indian Air Force was tabled by the government in Rajya Sabha on Wednesday. 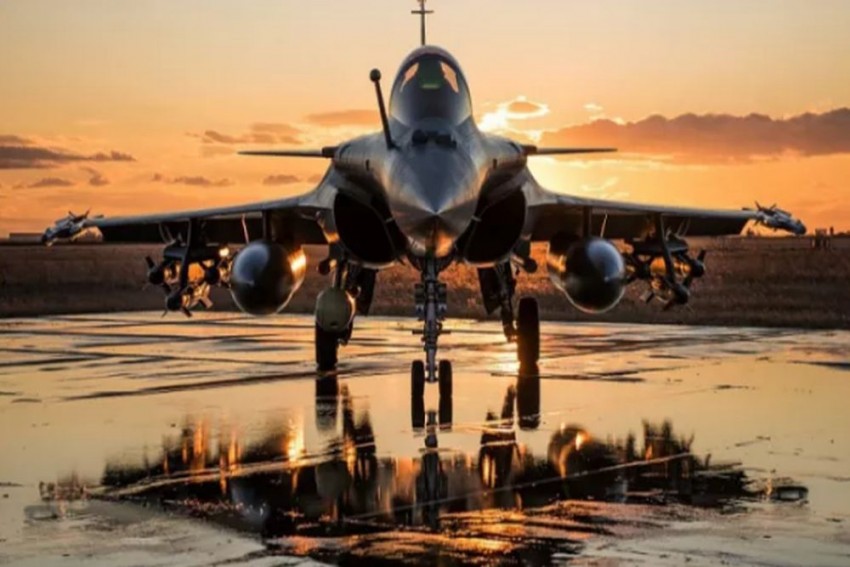 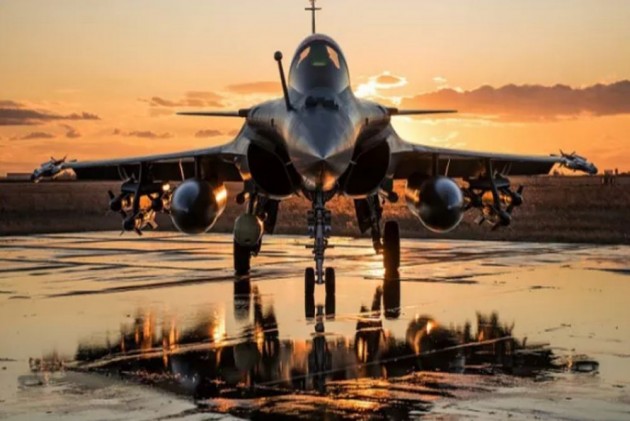 The much-awaited Comptroller and Auditor General (CAG) report on the controversial Rs 59,000 crore Rafale deal has found that the agreement signed by the NDA government in 2016 for 36 jets was 2.86 per cent lower than the price negotiated by the UPA government for 126 aircraft.

The report does not disclose the actual price of the 36 Rafale fighter jets contracted by the NDA government but includes examination of the pricing. The prices have been redacted in the audit report based on the insistence of the Defence Ministry citing the Indo-French agreement of 2008 and the provisions of Inter-Government Agreement (IGA).

"Overall, it may be seen that as against the Aligned Price as estimated by Audit of 'CV' million Euro, the contract was concluded for 'U' million Euro i.e. 2.86 per cent lower than the Audit Aligned Price," the CAG said in its report on "Capital Acquisition on Indian Air Force" tabled in Parliament on Wednesday.

The report contained audit findings relating to the acquisition of Medium Multi Role Combat Aircraft through an IGA with the government of France. "This includes examination of the pricing."

Going into the methodology of the price comparison, the national auditor said the price offered by M/S Dassault Aviation in April 2008 against the Request For Proposal (RFP) of 2007 was a market discovered price and based on competitive bidding.

The price offer of 2007 had two distinct packages: pricing for 18 flyaway aircraft package and pricing for ToT package for 108 aircraft which were to be licensed produced in India.

The offer of 2015 on the other hand, the CAG said, was only for 36 flyaway fighter aircraft. The acquisition and price bids of 2007 and 2015 were very different as the latter included the price of ToT for license production of 108 aircraft in India which was 77.8 per cent of the total price bid of 2007.

But since the pricing of ToT was a distinct package in 2007, comparison of the remaining package which pertained to 18 flyaway aircraft (one squadron) was somewhat possible if constrained by factors and therefore the Indian Negotiating Team (INT) compared this packages with their corresponding prices in the 2015 price bid for 36 flyaway aircraft (two squadron).

The INT therefore aligned the quantities in the 2015 bid with that in the 2007 bid and then the price of 2007 was brought to 2015 price level by applying the price escalation formula which used the industrial cost indices published by the French National Institute of Statistics and Economic Studies (INSEE). This was the Aligned Price i.e. the price of 36 flyaway aircraft in 2015 if the prices of the same as the bid of 2007. Audit also used the same methodology and verified the price comparison made by the INT.

This was the price at which the 2015 contract should have been signed if the prices of 2007 and 2015 were considered at par. But as against this, the contract was signed in 2016 for 'U' million Euro which was 2.86 per cent lower than the Audit's aligned price.

The difference between the Aligned Price estimated by INT and of Audit could be attributed to inconsistent price variation factors adopted by INT, alignment of the quantities/scope of the two offers and the difficulties of the alignment itself, the CAG report said.

Item-wise analysis of prices showed that the contracted prices of seven items were higher than the aligned price, three were same and four were lower. Also the price of elements could not be compared because the structure/format of Dassault bid of 2007 and offer of 2015 were different, it said.

Going into the specifics of Indian Specified Enhancements, Audit aligned the scope of offer of 2007 and contract of 2016. "The 2007 offer included Missiles 'A1' which was excluded by IAF in 2015 because it was being developed indigenously by Defence Research and Development Organisation (DRDO).

On the Engineering Support Package, the report said there is an excess of 6.5 per cent over the Audit aligned price.

The CAG also found that on Performance Based Logistics, there is an excess of 6.54 per cent over the Audit aligned price.

For Operational Support, equipment and other technical assistance, the Audit found that against the Aligned price of 'ST7' Million Euro, the contract was signed 'ST8' Million Euro with a savings of 'ST13' Million Euro.

The CAG said that on Simulator Package, the Audit aligned price is 'SP3' Million Euro, which is the same as the INT aligned price.

On Weapon Package, the CAG said after alignment of scope of the aligned price worked out to 'WP1' Million Euro and the contract price was 'WP2' Million Euro, a saving of 1.05 per cent.

On the Basic Aircraft package, the Defence Ministry contended that the aligned price worked out by INT and Audit in the case of basic aircraft was the same but argued that the negotiated price of 36 flyaway aircraft was 9 per cent lesser than the price offered for the aircraft in 2007.

However, the CAG said: "There is no difference between the bid of 2007 as escalated by INT with actual escalation factors, and the negotiated cost of the 2015 offer, for the same aircraft."