No Arrest Without Evidence: UP CM Yogi Adityanath On Lakhimpur Kheri Case

UP CM Yogi Adityanath termed the opposition leaders heading to meet the bereaved families as ‘no goodwill messengers.’ 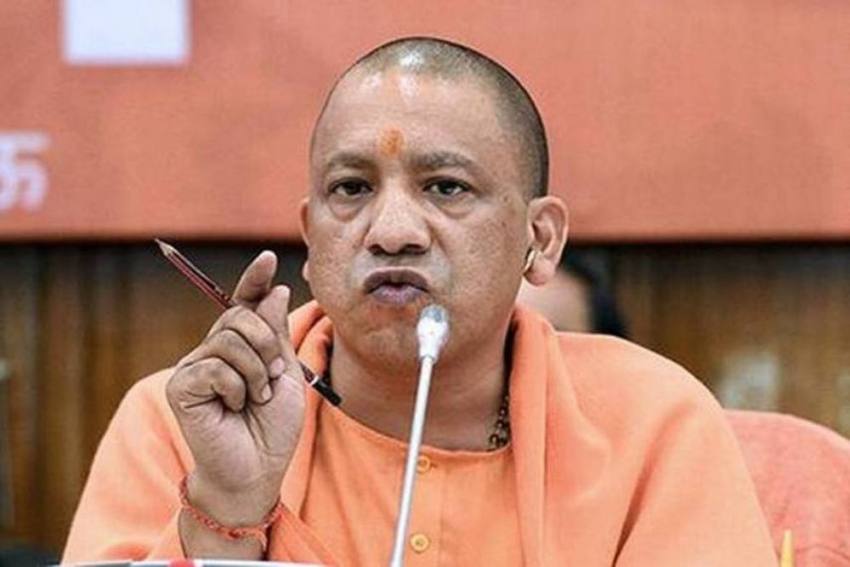 Uttar Pradesh Chief Minister Yogi Adityanath on Friday said no arrest will be made without evidence in the Lakhimpur Kheri violence case.

The UP CM also termed the opposition leaders heading to meet the bereaved families as “no goodwill messengers”.

The violence had left eight people, including four farmers, dead on Sunday.

“Everyone is equal before the law and according to the Supreme Court, no one can be arrested without evidence, and investigation is underway. FIR has been lodged against a written complaint and no one will be spared,” the chief minister said at a conclave organised by a private news channel.

Adityanath also stressed that there will be no injustice with anyone and no action will be taken under any pressure.

“There is no place for violence in a democracy, and when the law is giving guarantee to secure everyone, there is no need to take it into one's hands, whosoever they be," he said.

Attacking opposition leaders, who are going to Lakhimpur Kheri after the incident, he said, “They are no goodwill messengers.”

“The priority of the government is to maintain peace and harmony. Many faces among those who wanted to go to Kheri are behind the incident. However, things will become clear after investigation,” the chief minister said.

On allegations that attempts are being made to save BJP leader and Union Minister Ajay Mishra’s son, Ashish Mishra, who is named in the FIR in the case, Adityanath said, "There is no such video. We have issued numbers, and if anyone has evidence, they can upload it. All will be crystal clear. There will be no injustice with anyone. No one will be allowed to take the law in his hand but no action will be taken under any pressure."

"We will not arrest anyone on allegations. But yes, if someone is guilty, he will also not be spared irrespective of who he is," he stressed.

Four of the eight people who died on Sunday were farmers, allegedly knocked down by vehicles carrying BJP workers. Angry farmers then allegedly lynched some people in the vehicles. The other dead included two BJP workers and their driver.

Farmers have claimed that Ashish Mishra was in one of the vehicles, an allegation denied by him and his father who say they can produce evidence to prove he was at an event at that time.

Referring to a video of Congress leader Priyanka Gandhi Vadra sweeping the floor of a guesthouse’s room where she was kept in Sitapur after being stopped from going to Lakhimpur Kheri, Adityanath said, “They have been reduced to this by the people of the state.”

On the controversy over his “Abba jaan” remark, he said, “Abba jaan is not an unparliamentary word. There are political parties who want Muslim votes but are shying away from the word Abba jaan.”

Referring to Union Minister Ajay Mishra’s and Haryana Chief Minister Manohar Lal Khattar’s speeches against the farmers' protest, which allegedly led to anger among the people, Adityanath said, “There is a difference between a political speech and a threat.”

“There is no meaning of such statements during political speeches as they are made according to the condition. However, one should take care. It is not only limited to BJP leaders as other party leaders also make such political statements. However, no one can take the law into their hands and kill any passerby,” he said.

On Samajwadi Party leader Akhilesh Yadav’s claims that Adityanath is only cutting ribbons and signing MoUs but no investment is coming to the state, the chief minister said, “Akhilesh ji has no time to know these things as he is the son of a rich man.”

“He wakes up at 12 noon, gets ready by 2 pm and meets his friends. By 4 pm, he goes for cycling. When the people were in need, he was touring Australia and London. I wish him to go to Australia or Europe and have fun, I will be happy that one man of Uttar Pradesh has become NRI,” Adityanath said.

On AIMIM's Asaduddin Owaisi alleging that 35 per cent Muslims are feeling harassed, Adityanath said, “If he could give a statement on the incidents in Kashmir, where Hindus and Sikhs are being killed, he would have become leader.”

About Owaisi calling Ayodhya as Faizabad, the chief minister said, “Ayodha will be Ayodhya but Hyderabad will become Bhagyanagar.”

On the issue of illegal religious conversion, he said, “We have made a law against it.  Bargaining in the name of service or for love jihad is not acceptable.”

“The Goraksha Peeth and thousands of organisations serve people but do not bargain for conversion. I advise the governments of states like Chhattisgarh and Rajasthan to focus on such issues,” he said.