A Delhi court delayed the execution of convicts. They were to be hanged on the morning of February 1. 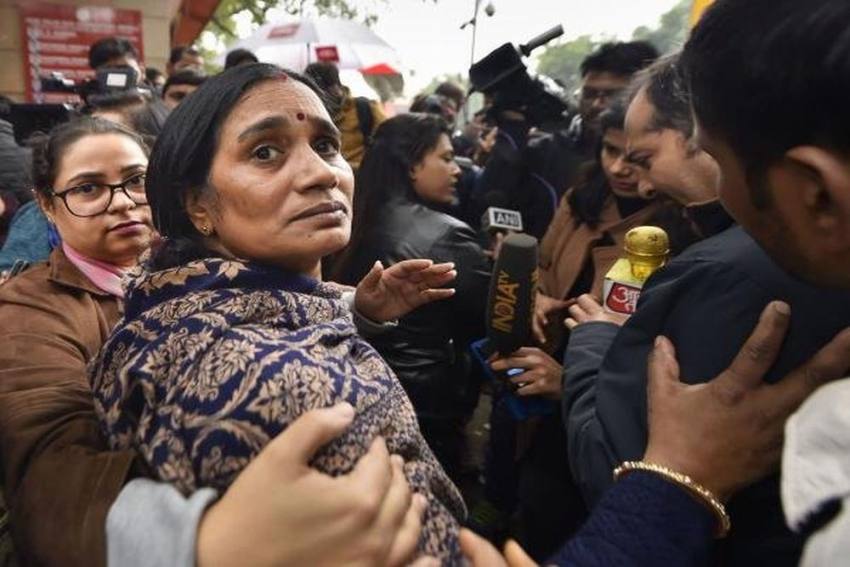 Nirbhaya's mother, Asha Devi, on Friday alleged that the lawyers representing the convicts had challenged her that convicts will never be hanged.

Devi broke down after a Delhi court postponed the execution of the convicts until further orders.

"AP Singh (convicts' lawyer) has challenged me saying that the convicts will never be executed. I will continue my fight. The government will have to execute the convicts," Devi said.

"Our hopes dashed, but I will fight till convicts are hanged," Nirbhaya's mother said.

The convicts were to be hanged on the morning of February 1.

Additional Sessions Judge Dharmender Rana passed the order on plea by the convicts seeking a stay on their execution on February 1.

The court did not agree with the Tihar jail authorities which had challenged the application of three condemned prisoners in the case seeking a stay on their execution.