The scrapping of Article 370, which gave the erstwhile state of Jammu and Kashmir special status, has been included in the Class 12 political science textbook under the topic 'Regional Aspirations'. 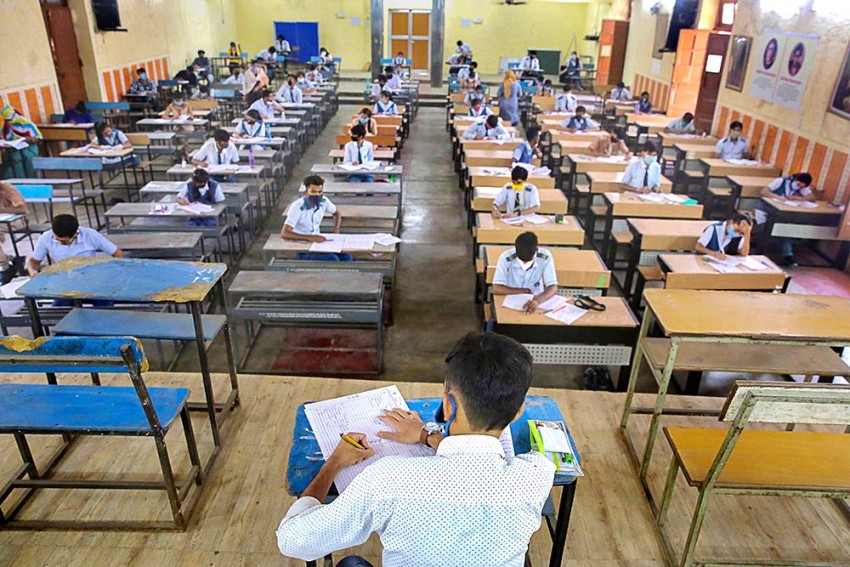 The NCERT has revised a chapter in its Class 12 political science textbook to drop a paragraph on separatist politics in Jammu and Kashmir and to add a brief mention of scrapping of its special status last year.

The National Council of Educational Research and Training (NCERT) has revised the chapter in the textbook "Politics in India since Independence" for the academic session 2020-21.

While the topic "Separatism and Beyond" has been deleted from the chapter, the scrapping of Article 370, which gave the erstwhile state of Jammu and Kashmir special status, has been included under the topic "Regional Aspirations".

On August 5 last year, the Centre had scrapped the state's special status and divided it into union territories of Jammu and Kashmir, and Ladakh.

"One strand of separatists who want a separate Kashmiri nation, independent of India and Pakistan. Then there are groups that want Kashmir to merge with Pakistan. Besides these, there is a third strand, which wants greater autonomy for the people of the state within the Indian union," the deleted portion read.

The chapter then talks about the President's Rule imposed in June 2018 after the BJP withdrew its support to the Mehbooba Mufti government and towards the end mentions the withdrawal of Article 370.

The revised portion, where the chapter talks about Jammu and Kashmir, says, "Jammu and Kashmir had a special status under Article 370 of the Indian Constitution. However, in spite of it, the region witnessed violence, cross-border terrorism and political instability with internal and external ramifications".

"The Article resulted in the loss of many lives, including that of innocent civilians, security personnel and militants. Besides, there was also a large scale displacement of Kashmiri Pandits from the Kashmir valley," it read.

"On August 5, 2019, Parliament had approved a resolution abrogating special status to J&K under Article 370 of the Constitution. The state was also bifurcated into two Union territories — Ladakh with no Legislative Assembly and Jammu and Kashmir with one," the revised portion read.

The revised textbook takes into account the “developments” that took place in Jammu and Kashmir from 2002 onward.

Earlier this month, a controversy had erupted over the reduction of syllabus by the CBSE due to the COVID-19 situation, with the Opposition alleging that chapters on India's democracy and plurality are being "dropped" to propagate a particular ideology.

But the Board had insisted it is a one-time measure for this academic year only and is not restricted to a particular subject as is being projected by some.

The Central Board of Secondary Education (CBSE) had notified the new syllabus for classes 9 to 12 for the 2020-21 academic session after rationalising up to 30 per cent of the curriculum.

According to the updated curriculum, the chapters deleted from the Class 10 syllabus are those dealing with democracy and diversity, gender, religion and caste, popular struggles and movement and challenges to democracy.

For Class 11, the deleted portions include the chapters on federalism, citizenship, nationalism, secularism and growth of local governments in India.

Similarly, Class 12 students will not be required to study the chapters on India's relations with its neighbours -- Pakistan, Myanmar, Bangladesh, Sri Lanka and Nepal, the changing nature of India's economic development, social movements in India and demonetisation, among others.