NK Premachandran, an MP from Kerala, introduced a Private Member's Bill in Parliament which sought to reverse the Supreme Court's order on Sabarimala. He says the BJP's response to his bill has exposed their 'double standards' over the issue. 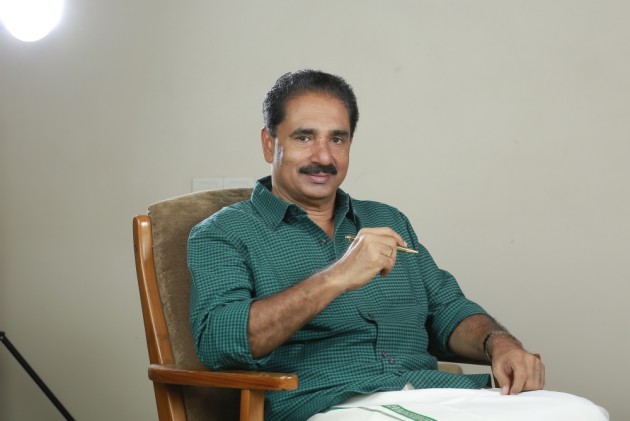 N K Premachandran, a Member of Parliament from Kerala, can claim credit for introducing the first Private Member Bill on Sabarimala in the 17th Lok Sabha last week. The Bill seeks to reverse the Supreme Court order allowing women of all ages to enter Sabarimala temple. On September 28, the apex court had struck down a rule that barred women in the age group of 10-50 from entering the revered temple in Kerala.

Premachandran, who belongs to Revolutionary Socialist Party (RSP), an alliance partner of the Congress-led United Democratic Front (UDF), has opposed the Supreme Court order. In an interview to Outlook, Premachandran said that BJP’s response to the Bill clearly shows that the party is only trying to gain political advantage on the Sabarimala issue.

Why did you introduce a Private Member Bill on Sabarimala?

Nihilipilified On The Hill: Sabarimala, Congress And The Pilgrim’s Regress

The intention behind the Bill is to preserve the customs and religious practices of Sabarimala Temple as it existed on September 1, 2018. We want to protect the interest of believers in the state. That’s what Constitution also says. Citizens should have the right to practice beliefs and customs, which are not harmful to the society. The Supreme Court’s dissent judgment also says this clearly. Sabarimala has a secular character. There’s no discrimination against any other religion or community. It’s all about protecting faith.

In the order, SC has clearly said that women cannot be discriminated on the basis of biological characteristics…

There’s no discrimination against women in Sabarimala. It’s about faith and customs. The idol in Sabarimala is a Naishtika Brahmachari, the one who observes celibacy. In Kannur, there are temples where women can enter only after 8 pm. In the famous festival, Attukal Pongala in Kerala, only women can participate. One can argue that that is also gender inequality.

BJP has been totally exposed after I introduced the Bill in the House. Before I introduced the Bill in the Parliament, Meenakshi Lekhi made a submission in the zero hour and said that my Bill is an attempt to gain publicity. Why are they opposing the Bill if they support the cause? The Bill has been approved by the Law Ministry so why did they take such a stand? Law Ministry endorsed the Bill and said that it can be introduced in the House. Even the government can bring an amendment. Let the government give an assurance that they will bring a perfect Bill. Then I will definitely withdraw it. Instead of giving assurance, they are pointing out defects. It’s an eye wash.

Why did you say that BJP is adopting a double standard in Sabarimala issue?

BJP is playing a dual role. They claim that they are with the devotees and they are trying to reap political mileage out of the issue. The party spearheaded the agitation in Kerala against the SC order of allowing women of all ages into the temple. They are in power at the Centre and they could have promulgated an ordinance to overrule the court verdict. They didn’t do it. Why didn’t the Central government interfere after the state witnessed such volatile situation for nearly four months?

Do you think the BJP will support the Bill if it comes up?

I don’t think so. There are two opinions within the party itself on supporting the Bill. Above all, they want to play politics and keep the issue alive. The Bill will become legislation only if the BJP supports it. Also, it will only be taken up if the draw of lots from the listed private member bills includes it.

The SC is yet to give its verdict on the review petitions on Sabarimala issue. There is an argument that introducing a Bill at this time is not valid when the matter with SC?

That argument doesn’t hold water. Supreme Court came up with the dilution of the Scheduled Castes and Scheduled Tribes (Prevention of Atrocities) Act towards the fag end of 16th Lok Sabha. After countrywide protests on the dilution of the Act, the Central government filed a review petition before the SC. When the review petition was pending before the SC, the government passed a Bill in the Parliament, to restore the original SC/ST Law and it’s still subsisting.

There are allegations that the Bill is a poll gimmick ahead of bypolls in the state?

There is no political motive. I am fulfilling my commitment to the people of my constituency to protect their faith. The Bill has become the property of the House. It has gone from my hand. My biggest achievement is that Lok Sabha is having a Bill to protect the faith