The order, which is being widely circulated on social media, has added to the speculation that the Centre might have plans to do away with Article 35A, which gives exclusive rights to the state's residents in government jobs and land. 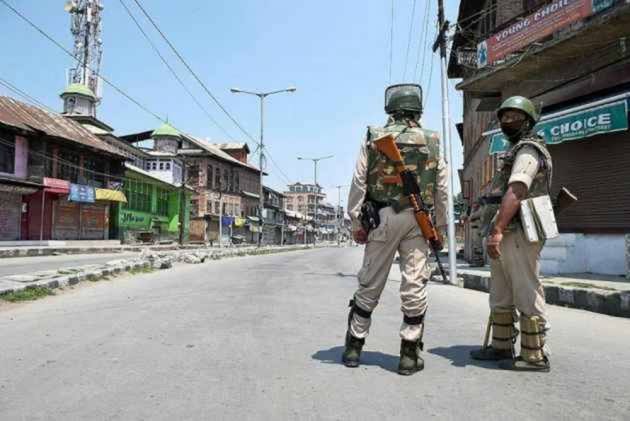 At a time when chaos has gripped the Valley after the deployment of additional 100 companies of central armed forces, a fresh order from a top police official seeking the details of mosques and their management committees in Srinagar city has added to the anxiety.

The order issued by the senior superintendent of police, Srinagar, directs the five zonal superintendents of police in the city to provide the list of mosques in the distrcit and their management committees.

"Please provide details of mosques and their managements falling without your respective jurisdictions as per enclosed proforma to this office immediately for onward submission to higher authorities," according an order issued on Sunday night.

The order, which is being widely circulated on social media, has added to the speculation that the Centre might have plans to do away with Article 35A, which gives exclusive rights to the state's residents in government jobs and land.

These speculations have dominated the discourse in Kashmir over the past few days after the Centre decided to rush an additional 100 companies of central armed paramilitary forces to the valley. The mainstream political parties have vowed to resist any such move to tinker with the special status.

On Saturday, a letter by a Railway Protection Force (RPF) official in Budgam asking employees to stock ration for at least four months and take other steps due to "forecast of deteriorating situation" in the Kashmir Valley "for a long period" created a flutter.

The official asked the employees to take various precautionary measures like storing drinking water for seven days and fill vehicles fully to deal with the issue of law and order for a long period as there is a "forecast of deteriorating situation" in the valley.

The railways, however, clarified that the communication had no basis and the official had no authority to issue it.

National Conference leader and former chief minister Omar Abdullah had questioned the motive behind such a missive.

"It's easy to blame valley residents for fear-mongering but what are we to make of such official orders which forecast a deterioration in the law & order environment and even predict disturbances lasting for an extended period of time? Why is the Govt silent?" Abdullah asked.