When he reached Bhadrachalam on Tuesday, the migrant worker had complained of chest pain, vomited and collapsed on the road. 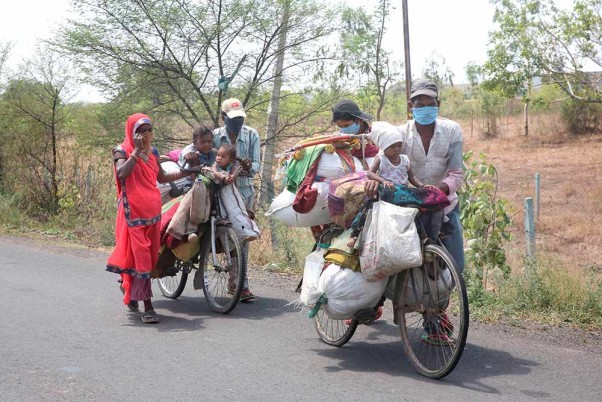 A 21-year-old migrant worker collapsed and died, apparently due to sunstroke at Bhadrachalam after walking 300 km from here with three friends, to try and reach Odisha in view of the COVID-19 lockdown.

The group had set out on foot from Hyderabad on Sunday and were on their way to Malkangiri district in Odisha, officials said.

When they reached Bhadrachalam on Tuesday, the man complained of chest pain, vomited and collapsed on the road.

His friends informed police, who rushed him to the area hospital at Bhadrachalam, where he was declared brought dead.

The doctors at the hospital said they suspected he might have died of sunstroke as his skin and mouth was dry.

They quoted his frends as saying that none of them had eaten anything since Monday afternoon.

Officials later informed the man's family members and arranged for a vehicle to take the body to Malkangiri.

The distance from Hyderabad to Bhadrachalam by road is nearly 310 km.