In a widely-circulated video, Wangchuk, wearing traditional Ladakhi attire, appealed to Prime Minister Narendra Modi to listen to what he referred to as Mann Ki Baat of Ladakh. 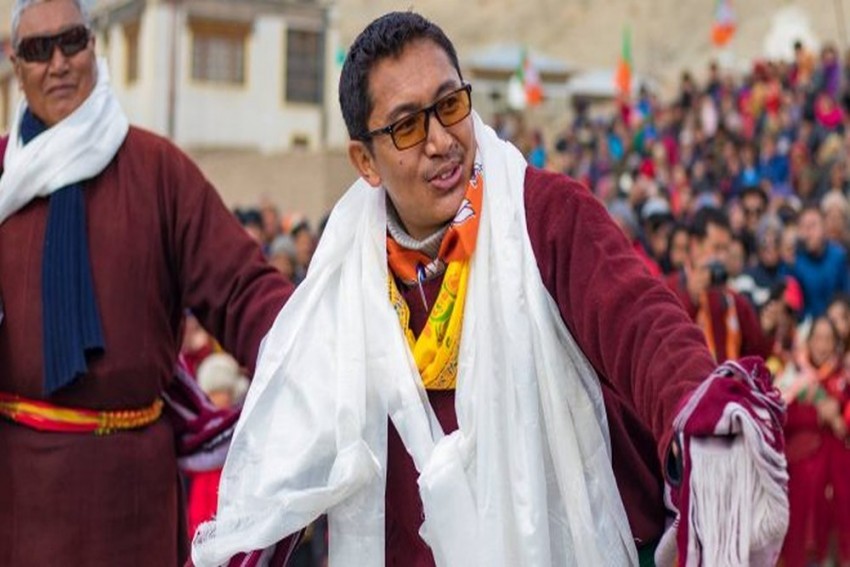 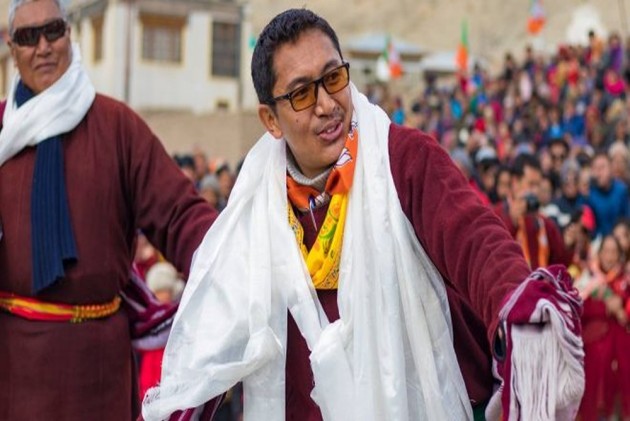 Ladakh MP Jamyang Tsering Namgyal has expressed disappointment over the comments of Sonam Wangchuk, a noted innovator and Ramon Magsaysay and Rolex Awards winner, who said the people of Ladakh were apprehensive of losing their land and unique culture to outsiders due to the abrogation of Article 370.

In a widely-circulated video, Wangchuk, wearing traditional Ladakhi attire, appealed to Prime Minister Narendra Modi to listen to what he referred to as “Mann Ki Baat of Ladakh”.

Wangchuk, who is famously known as “the real-life Phunsukh Wangdu from ‘3 Idiots’, says, when Ladakhis visit Delhi or Mumbai, people call them Chinkis and Chinese but they always respond with Jai Hind. He says Ladakhis are very patriotic people, adding the country has given a lot to Ladakh and accepted 72-year-old demand of the region of making it a Union Territory.

He, however, adds that after the creation of the Union Territory, there are rumours that the environment, unique identity and culture of the region will not be safe. “People have now even started asking that whether the status of a UT was granted to others to exploit the vast resources of Ladakh,” Wangchuk said. “People are concerned if India will do the same as China did to Tibet,” he says.

Speaking to Outlook over the phone, Tsering said he had watched Wangchuk's video and his speeches on BBC and other channels. "How can you compare China with India? China is a communist country, we are a democratic country,” says the local MP.

Namgyal says in his YouTube video Wangchuk talks about taking the path of separatism and alienation. “For thirty years Ladakh has remained peaceful. No one talked about these things in Ladakh. Why are you saying these things today? I condemn it. I have a public mandate to speak as an MP. I will speak constitutionally. There is no need to create fear of land. The land use is vested with Ladakh Autonomous Hill Development Council Leh and the Ladakh Hill Development Council Kargil,” the MP says.

Wangchuk appealed the Centre for the inclusion of Ladakh in the sixth schedule of the country. “We are not asking for any special law that needs to be enacted but we are asking for the implementation of the one which is already there in the sixth schedule and is in existence,” he said. “Now anxiety, tension and confusion have grown among the people as even after three months no announcement has been made about it (sixth schedule),” Wangchuk said. He says Ladakh region should be included in the sixth schedule as soon as possible otherwise people will get a sense of alienation and will take to separatism.

“There is no need to worry about land. Also, section 23 of Chapter 23 of the Act, says whatever developmental plan you have to carry out in Ladakh, it would be done by the council. The council is run by the local people. I don’t think there is need to have protection under the Schedule Tribe,” he said.

“I am a bridge between Ladakh and the government as an MP. I have spoken the same thing in my public speeches. If they would start reading Ladakh Autonomous Hill Council Act, they will not be speaking so casually,” the MP said while pointing toward Sonam Wangchuk.

“Lt. Governor of Ladakh has also cleared that land use would come under the Council,” he adds.