The second phase of polling for seven-phase Lok Sabha elections will be held on April 18. Follow live updates here. 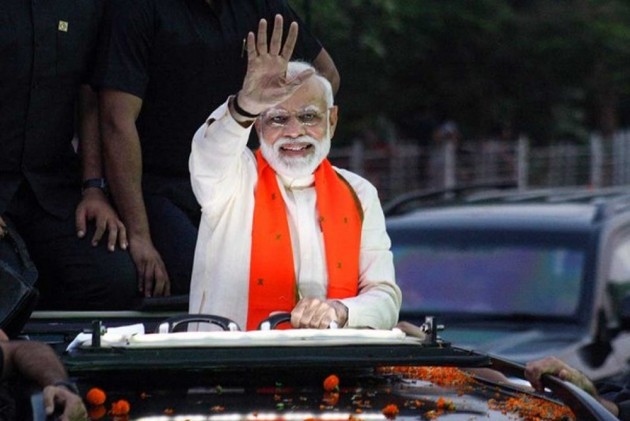 The second phase of seven-phase Lok Sabha elections will be held on April 18. Polling will be held on 95 seats spread across 11 states and the union territory of Puducherry that was marked by acrimony with the Election Commission barring several leaders from electioneering for their controversial remarks.

Polling will be held in 38 seats in Tamil Nadu, 14 seats in Karnataka, 10 in Maharashtra, eight in Uttar Pradesh, five each in Assam, Bihar, and Odisha, three each in Chhattisgarh and West Bengal, two in Jammu and Kashmir and one seat each in Manipur and Puducherry.

Elections will also be held in 35 assembly constituencies in Odisha.

On Wednesday, PM Narendra Modi hit back at Congress president over his "chowkidar hi chor hai" campaign, saying he is being targeted because he is from "backward class."

12:15 am: "I'm not here to tell you my 'Mann ki baat', I'm here to understand what is inside your heart, your soul," says Rahul Gandhi in Wayanad.

12:17 pm: A big country like India needs a strong leader. You all gave me a clear mandate in 2014 which enabled me to take big decisions for poor and deprived people: PM Modi

12:15 pm: PM Modi slammed Congress president Rahul Gandhi over his remark that why all 'thieves have Modi surname?' "Why to label entire backward community thief by calling me one," PM Modi questioned.

11:55 am: Pawar steeped in dynastic politics; his model is a special (Gandhi) family in Delhi, says PM Modi.

11:51 am: In an election rally in Solapur, Maharashtra, Prime Minister Narendra Modi said that his cast was abused. He said, "I was abused because I am backward. Now they are abusing whole backward community as a thief."

11:25 am: Those people who sit in the air-conditioned rooms in Delhi do not know the truth about the ground reality. Now, I know why Sharad Rao ran away from the battleground: PM Modi.

11:00 am: Prime Minister Narendra Modi is addressing a rally in Solapur district in Maharashtra.

11:02 am: The Election Commission announced postponement of polling in the Tripura (East) Lok Sabha seat to the third phase on April 23 from April 18, saying the prevailing law and order situation there is not conducive for holding free and fair polls. Citing reports of state chief electoral officer and special police observer, the poll panel said, "The law and order situation prevailing ... is not conducive to the holding of free and fair poll."

11:15 am: Rahul Gandhi performs rituals, after offering prayers at the Thirunelli temple.

10:15 am: Murder of democracy, says DMK chief Stalin over I-T raids at Kanimozhi.

10 am: 'BJP Cannot Stop Me From Winning', Says Kanimozhi After I-T Raid.

Unfazed by the Income Tax (I-T) department raids at her residence, DMK leader Kanimozhi on Wednesday said that the BJP cannot prevent her for winning in the ongoing elections. Read the full story here.

9:10 am: I-T Department on Wednesday said that it has seized Rs 1.48 crore cash allegedly stashed to bribe voters in Tamil Nadu's Theni district, where an assembly bypoll is scheduled on Thursday. Read the full story here.