The procurement will be made directly from genuine apple growers and the state administration will ensure direct payment in bank accounts of apple growers through direct benefit transfer (DBT). 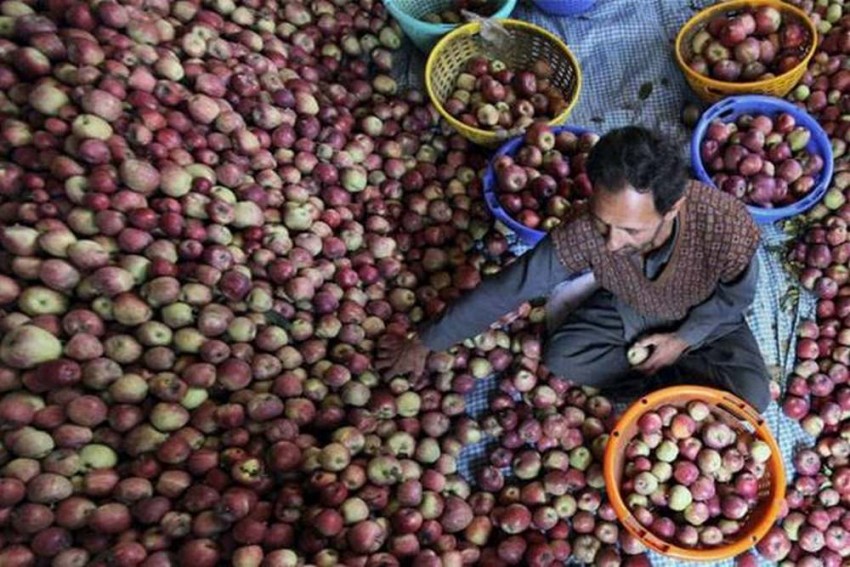 Apples cultivated in Jammu and Kashmir will be procured directly from farmers by the government-run NAFED and the entire process will be completed by December 15.
PTI File Photo
Outlook Web Bureau September 10, 2019 00:00 IST Kashmir Lockdown: Govt To Procure Apples Directly From Growers After Farmers Complain Of Losses 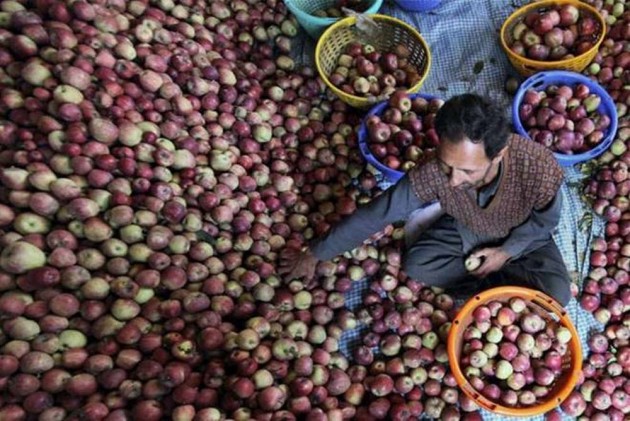 Apples cultivated in Jammu and Kashmir will be procured directly from farmers by the government-run NAFED and the entire process will be completed by December 15, officials said on Tuesday.

The announcement came in the wake of prolonged lockdown in Kashmir that has led to the closing down of markets. The government-imposed restrictions and the shutdown have crippled the markets, raising concerns among fruit growers and farmers. The restrictions were imposed after the abrogation of the special status given to Jammu and Kashmir under Article 370 and bifurcation of the state into two Union Territories.

"The government of India has announced procurement of apples produced in Jammu and Kashmir during the current season 2019. The NAFED will complete the entire process of procurement through designated state government agencies by December 15," a government official said.

The objective of the National Agricultural Cooperative Marketing Federation of India Ltd (NAFED) is to promote co-operative marketing of agricultural produce to benefit farmers.

The procurement will be made directly from genuine apple growers and the state administration will ensure direct payment in bank accounts of apple growers through direct benefit transfer (DBT).

All categories of apples i.e. A, B and C will be procured from all the apple producing districts in Jammu and Kashmir as well as designated mandis (wholesale markets) in Sopore, Shopian and Srinagar, the official said.

Fair prices for various categories will be fixed by the price committee that includes a member from the National Horticulture Board.

Quality Committee will ensure proper grading of varieties of apples.

The implementation and coordination committee at the state level will be chaired by the Jammu and Kashmir Chief Secretary while the Union Ministries of Agriculture, and Home Affairs and other central agencies will oversee smooth implementation of the scheme, another official said.

National Security Advisor Ajit Doval had on Saturday said 750 trucks carrying apples leave the Valley every day for trade in other parts of the country.

Following diktats of the Pakistan-based handlers to disrupt the trading of fruits, two militants had last Friday attacked family members of a prominent fruit merchant in Sopore, injuring his 25-year-old son and two-and-a-half-year-old granddaughter.

Normal life has been disrupted in Jammu and Kashmir following the imposition of restrictions since August 5 when the Centre announced its decision to abrogate provisions of Article 370 and bifurcate the state into two Union Territories.

Though restrictions were lifted in many areas, business establishments continue to remain shut and there has been thin attendance in schools and traffic on the roads in the Kashmir Valley.