Home  »  Website  »  National  »  Priyanka Gandhi's Standoff With UP Govt Over, Tells Families Of Victims She 'Will Return Soon'

Priyanka Gandhi's Standoff With UP Govt Over, Tells Families Of Victims She 'Will Return Soon'

Priyanka Gandhi was insistent on meeting the families of victims in Sonbhadra, where at least 10 people, including three women, died and over 24 were injured in a clash between Gond and Gujjar communities over a land dispute on Wednesday. 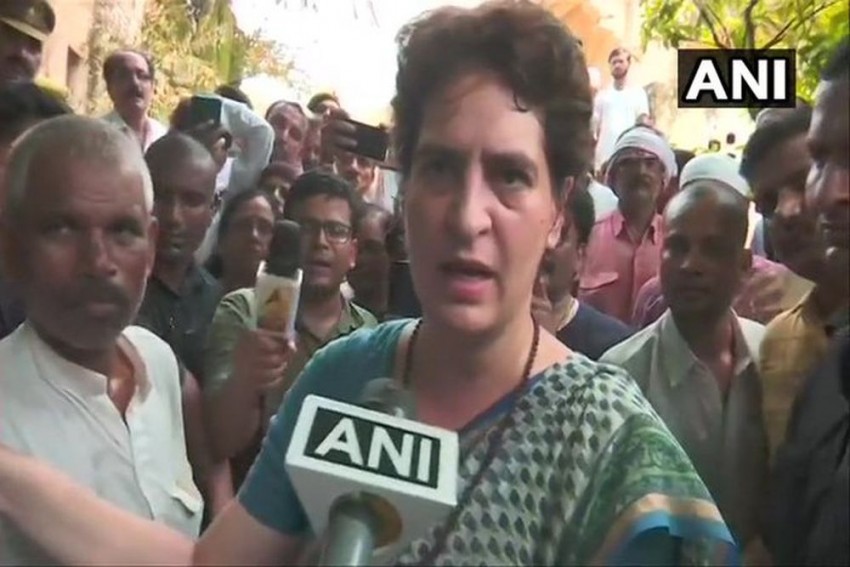 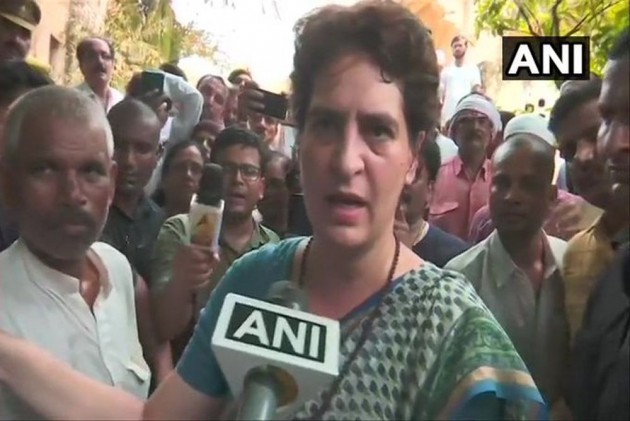 Congress General Secretary Priyanka Gandhi on Saturday left for Delhi after meeting the families of the victims of the Sonbhadra shootout, saying her purpose of staging a sit-in at a Mirzapur guest house had been fulfilled, adding she will return to the district again.

"I had come here on the instructions of my brother Rahul Gandhi," she said.

Earlier in the day, at least 18 family members of the victims arrived at Mirzapur's Chunar fort to meet Priyanka, who spent last night at a guest house there.

After disallowing the families to meet Priyanka altogether, the police later permitted 12 members to interact with the Congress leader, according to PTI.

Priyanka had insisted on meeting the families of victims in Sonbhadra, where at least 10 people, including three women, died and over 24 were injured in a clash between Gond and Gujjar communities over a land dispute on Wednesday. However, the police have imposed section 144 in the area and prevented Priyanka from going there.

Priyanka told reporters that the family members of victims have arrived here, but only a few people have been allowed to meet me.

The Congress leader said she was trying to meet the kin of the victims since Friday but was not allowed to. "And now that they are here to meet me, they are also being stopped. Even I am being prevented from speaking to them," she said.

Hitting out at Yogi Adityanath-led BJP government in Uttar Pradesh, she said: "God knows what their mindset is. The administration did nothing when these people needed help and protection but now it has been actively guarding me for the past 24 hours."

Priyanka said she failed to understand what the administration and police wanted. "They (the families) are here to meet me but are not being permitted," she said.

"A lot of people have come to meet me since yesterday, they were not stopped, but these families from Sonebhadra are not being allowed to talk to me. What crime have they committed?" she asked.

According to Congress leaders, the group came to the Chunar Fort all way from Ubhha village in Sonbhadra, 70 km away. "They started at 4 am and walked all night to meet her. They kept crying for hours after seeing her," he said.

"We have come on our own. We are 18 people, including many women," the group which got a chance to meet Priyanka said.

On Friday, Priyanka was on her way to Sonebhadra to meet the victims' families when she was detained at Narayanpur in Mirzapur. She has been under detention at the Chunar Guest House for 24 hours but refused to fill the bail bond of Rs 50,000.

Insisting that she would not return without meeting the families of the victims, Priyanka asked the district administration to arrange for a meet with them anywhere in Mirzapur, Varanasi or Sonebhadra.

"Is it a crime to wipe the tears of these people?" she tweeted attaching a video of the weeping kin.

Meanwhile,  a four-member Trinamool Congress (TMC) delegation, led by its Rajya Sabha MP Derek O'Brien, was on Saturday detained at the Varanasi Airport from where they were supposed to travel by road to Sonebhadra district.

In a tweet, the TMC quoted Derek as saying that the ADM, SP hadn't given any reason and said that he was detaining the delegation following the instructions from "top-most."

Also Read: 'We Have Been Detained, They Haven't Told Us Why': Derek O'Brien At Varanasi Airport