A day after his candid four-page letter formally and firmly stating that he was no longer Congress president, Rahul Gandhi appeared before a Mumbai court in connection with a defamation case filed by an RSS worker. Outside, Congress workers demonstrated, clamoring for him to take back his resignation. 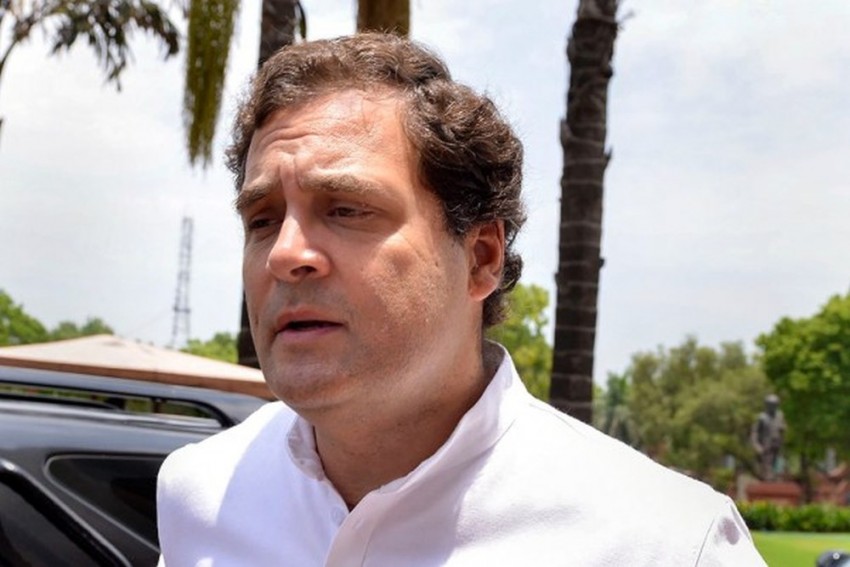 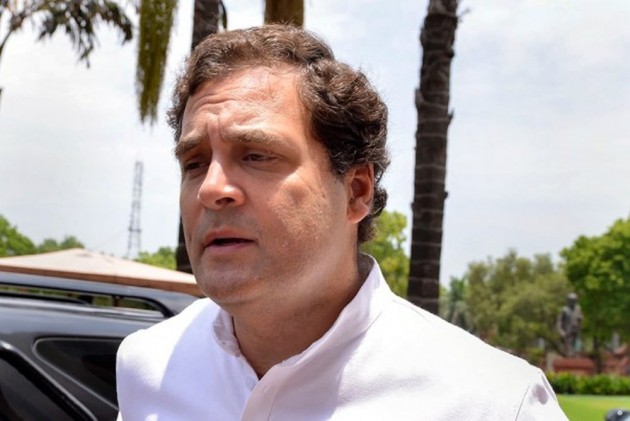 Plunged into an existential crisis after Rahul Gandhi sealed his decision to resign as party president, there was disquiet in the Congress ranks on Thursday, with many pushing him to change his mind, as they looked anxiously at the viability of a Gandhi-free future.

A day after his candid four-page letter formally and firmly stating that he was no longer Congress president, Gandhi appeared before a Mumbai court in connection with a defamation case filed by an RSS worker. Outside, Congress workers demonstrated, clamouring for him to take back his resignation.

A smiling and confident Gandhi told reporters, he will engage in the 'ideological fight' with the BJP and the RSS with 10 times more vigour than he did during the last five years.

But that did little to dispel the uncertainty in the Grand Old Party, that is gripped with a leadership crisis, and is struggling to get back on its feet following two successive Lok Sabha election defeats.

Many in the top ranks of the party, including veterans Harish Rawat and Ashok Gehlot, feel only Gandhi can lead the party out of the abyss.

Taking a cue from Gandhi who spoke of accountability at all levels in his farewell letter, Rawat, general secretary in-charge of Assam, resigned from his post. He said only Gandhi can take on the BJP and lead the Congress to victory in future elections.

The Congress party's future will be chalked out at the meeting of the Congress Working Committee, which is likely to meet early next week.

"The Gandhi family is integral to the Congress. The two cannot be separated. We look forward to their guidance in the coming times," said party leader Jitin Prasada.

"We will bounce back and Congress Party would continue to defeat the fascist forces under Rahul ji’s dynamic leadership," he said, expressing the hope that Gandhi would lead the party with the "same zeal and spirit".

With assembly elections to states like Maharashtra, Jharkhand and Delhi approaching, many in the party feel the Congress has been thrust into a "blind spot".

Is it time for a Gandhi-free Congress to rise like the proverbial Phoenix from the ashes of electoral defeat, analysts and party leaders wondered.

Some commentators said Gandhi's decision will augur well for a party, that needs to reinvent itself and present a clear vision to again emerge as a credible alternative.

"The Congress faces an existential crisis in the absence of clear leadership and such a situation does not bode well for the party which faces assembly elections in three states just a few months later," said a party leader.

Political commentator Sushila Ramaswamy, who teaches in Delhi University, said the Congress needs to come out of the Gandhi family shadow.

"To think that without the Gandhi family, the party cannot hold ground is unacceptable. Everyone has the right to go to the top and it seemed that the Congress was currently under monarchic rule. All this is bad and does not augur well for the oldest political party in the country," she said.

Sanjay Kumar, director of the Centre for the Study of Developing Societies, said it is not fair to think that the Congress will face a crisis if the party president is not from the Gandhi family.

"The party might get a new form with his resignation. He should continue to remain active in the party, which will help him emerge as a popular leader in future.

"It is hoped that the Congress accepts the new leader who might give new shape to the party's future," he said.

However, Ramaswamy said the entire Gandhi family should step aside and bring in new leadership. "People get fed up of seeing the same faces in a democracy and alternatives need to be given just as in other evolved democracies in the world," she said.

She also lauded Rahul Gandhi for taking the initiative and allowing the party to reinvent itself.

She said the Congress should show it is better than the ruling party to emerge as a credible alternative.

"In fact, even Sonia Gandhi should step down as leader of the Congress Parliamentary Party and pave the space for somebody else to take over. The entire Gandhi family should step aside and bring in new leadership," she said.

The political analyst said the Congress party should have reinvented itself periodically, but it has not happened. It is late, but should be done, she said and added Rahul Gandhi should be given credit by the party that he has "seen the writing on the wall and stepped aside".