Though VIPs Invite Us On Naga Panchami, The Tradition Is Losing Significance, Say Delhi's Snake Charmers

Given the uncertainty of the profession, snake charmers say none of them have engaged their sons into this line of work. 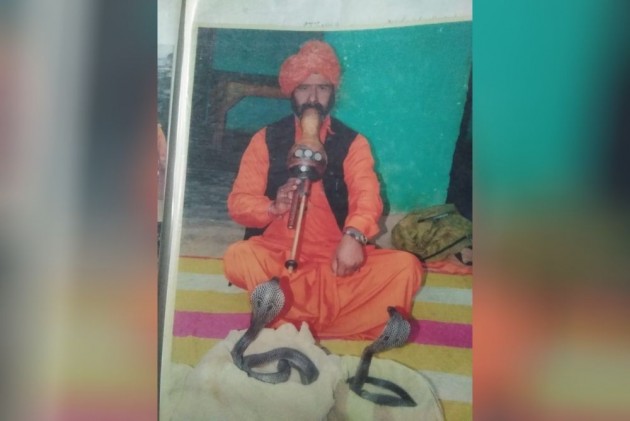 For generations, 70-year-old Dhanpat Nath claims that his family has been keeping snakes and rearing them like his children. Even today, he has six cobras at his house in Tikri Kalan (West Delhi) and on auspicious days like Nag Panchami, VIPs call him and invite him with his snake to worship them.

“Like every year on Nag Panchami, I get calls from a couple of close relatives of big businessmen and industrialists who reside in Delhi’s posh colonies like South Extension, Malviya Nagar, Khan Market etc. Every year they offer prayers, gifts and money. I will visit them this year too,” Nath says.

He adds: “Besides, a daughter of a very senior bureaucrat of Delhi comes quite often to my house to pay her obeisance.” However, Nath says, the tradition has lost its significance and very few people still follow it.

“It could be because even snake charming is a dying tradition as many of them have shifted to other professions since the government imposed a ban in 1991 on keeping snakes. How will you get a real snake to worship when you don't have a snake charmer?” Nath asked.

Due to allegations of cruelty to snakes, the government prohibited its confinement and public display by bringing it under the Wildlife (Protection) Act 1972 and imposing strict punishment.

This brought the whole profession to a halt but many of them continued it illegally until they were caught, penalised and their snakes confiscated by the forest officers.

Later on, state governments came out with amnesty schemes at various points of time under which they mandated the snake charmers to get a license.

“In 2003, Delhi government announced a scheme to avail license for all those people who are into the business of keeping animals and displaying them for their livelihood,” Nath said. He said that 10 snake charmers came forward and some of them are his relatives.

Sixty-year-old Pali Nath, a close relative of Dhanpat Nath, says that all the 10 snake charmers’ snakes were inspected properly and a microchip was placed within the skin of each of them before the forest department issued a license way back in mid-2000.

“Earlier, we used to catch a snake and leave them in forests after six months or a year but now we can’t do that. We have to keep them as long as they survive,” Pali Nath, who resides in South-East Delhi but has shifted to Faridabad temporarily, said adding that his community believes that a snake's life span goes over a century.

However, forests officials have often alleged that these snake charmers were so cruel to their snakes that these reptiles couldn’t survive more than a few months and then they hunted another snake to continue their business.

But snake charmers have always dismissed such allegations. Nath and his relatives say they love these snakes as their own kids.

“We know what we went through during the lockdown. It was difficult for our own survival along with these snakes but somehow we managed. It is difficult to arrange food for even snakes in Covid times,” Balbir Nath, another family member said.

They say that this breed of reptiles eats meat, chicken, rats, frogs etc. twice a week. Their survival was challenging during the lockdown and now it is more difficult as social distancing is in place.

“You can get frogs and rats free of cost from various households or in the open but I can’t keep them hungry till I get some. We have to keep meat and chicken ready when they get hungry,” Pali Nath said.

He added, “As they don’t chew their food but swallow it completely, they take at least three days to digest. Then they excrete and get hungry again. We know their schedule and arrange everything on time.”

Since the day they availed the licenses, they didn’t face any harassment by forest authorities or police administration but they fear that Covid-19 poses a big setback for people who are into such professions.

“Our business depends on the crowd. We perform in fairs, marriages, social gatherings, village assemblies etc. but due to social distancing, nothing has been organised for the past four months. I don’t know how long it will go like this,” Pali Nath says.

He says because of the uncertainty of earnings, none of the snake charmers have engaged their sons into this profession.