Covid Warrior: How This IAS Officer Turned The Tide In Chennai

With his experience at managing disasters – tsunami, cyclones and floods-, Gagandeep Singh Bedi’s appointment as Commissioner of Greater Chennai Corporation during the second wave of Covid-19 was a real master stroke. 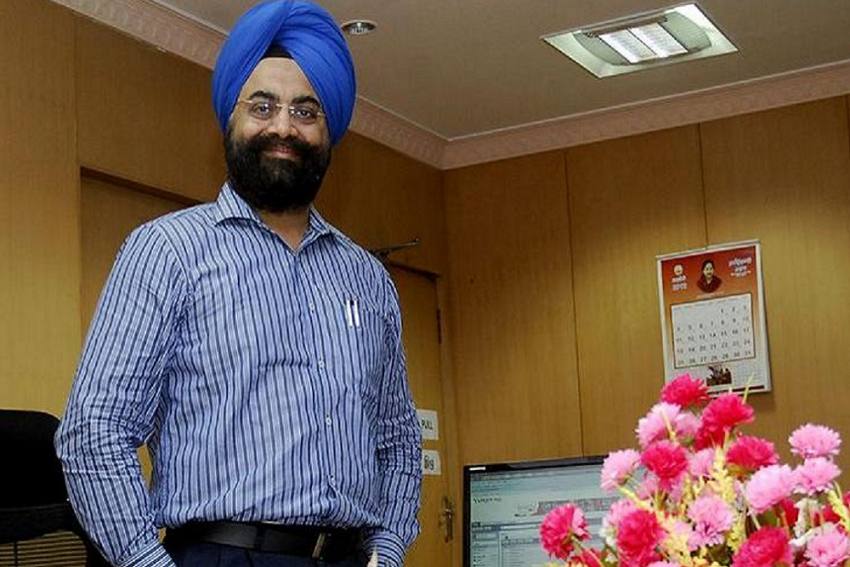 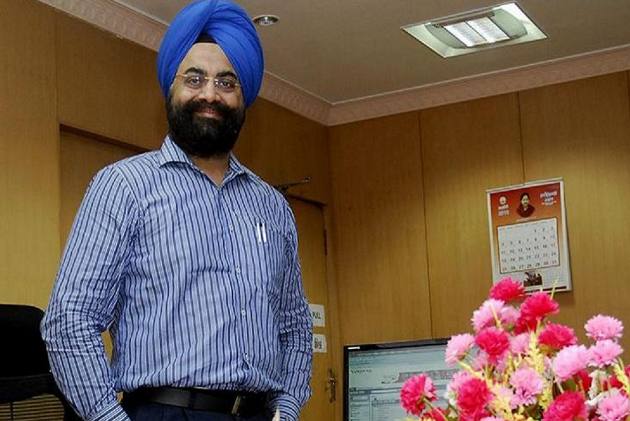 Among the many appointments that Tamil Nadu’s new Chief Minister M.K. Stalin made amidst the peak of the second wave of Covid-19 in May, the posting of Gagandeep Singh Bedi as Commissioner of Greater Chennai Corporation was seen as a real master stroke.

The state’s capital was reporting 7,000 Covid cases a day taking a heavy toll on ambulances, hospital beds and the medical staff and Stalin needed an officer with a track record of tackling disasters with a hands-on approach and with innovative ways to check the spiraling case load.

Stalin handpicked Bedi (53) to head Chennai Corporation though this 1993 batch IAS officer was heading the Agricultural Department as its Principal Secretary and the job of Commissioner of Chennai Corporation was usually given to a mid-level officer. But the new Government was counting on Bedi’s 26 years of experience, especially the years when he led from the front during natural disasters like the 2004 tsunami, 2005 Cuddalore floods, four cyclones and the 2015 Cuddalore floods again.

Bedi plunged headlong into the job, sounding out his officials for fresh ideas. He quickly put together a Chennai model for community driven prevention and case management. One of the key interventions was to send Fever Survey Workers (FSW) to doorsteps and follow it up with testing for those with high temperatures. Similarly fever camps were organized in hotspot streets to ensure that no one with the mildest symptoms was left uncovered. “Within the first week we had recruited 12,000 FSWs each of whom covered 100-150 houses and mobilized symptomatic individuals to fever camps for RT-PCR testing,” pointed out Bedi.

The GCC also directed all labs to report Covid test results only to its zonal teams to ensure immediate triaging and case management. The results of the tests would be conveyed by 300 trained volunteers who will also explain the importance of triaging to patients so that there is no headlong rush to hospitals. The GCC also established 21 triage centres in Chennai to identify severe cases especially among the elderly with comorbidities.

“When the shortage of ambulances was flagged Bedi asked why not equip cabs with small oxygen cylinders. After all the journey was needed only till a hospital in the city. And when the wait outside hospitals became interminable he came up with the idea of “Oxygen Centres” at the Corporation health centres which would act as holding centres till hospital beds became available,” pointed out an official of Chennai Corporation. In the reverse direction these Oxygen Centres became step down centres for patients with minimum O2 requirement once discharged from hospitals.

Noticing that Tamil Nadu’s vaccination record was still patchy – due to a combination of non-availability, hesitancy and wastage – Bedi diversified the vaccine reach by opening temporary centres, outreach sessions and even residential drives. The differently abled could skip queues and were even provided transport facilities to the nearest centre. For those not ambulatory vaccines reached their homes. Members of delivery services like Swiggy and Zomato, cab drivers of Uber and Ola were given vaccines at special camps as frontline workers. Soon Chennai had a healthy 30,000 daily dosages every day. “We plan to vaccinate at least 60,000 people every day before the end of June if enough vaccines reach us,” he assured.

When families of Covid victims complained about the cremation ground staff collecting money to prioritise the funerals, an angry Bedi immediately suspended erring attendants and put in a new system to ensure a smoother and more humane approach. Noticing that many outsiders were exploiting the families under the guise of being cremation attendants, he issued ID cards and uniforms to the genuine staff so the public could identify them.

With his experience at managing disasters – tsunami, floods, cyclone and now the pandemic – Bedi, an engineering graduate from Hoshiaprur, Punjab, has been circulating a set of Standard Operating Procedures for any eventuality these calamities might throw up. When he left Cuddalore in spite of protests and bandhs against his transfer, his successor found a handbook on the district’s vulnerable flood prone areas, safe havens to shift the affected and the SOPs for relief and rehabilitation. The farmers of Cuddalore still recall how he got Neyveli Lignite Corporation to spend its CSR funds along with state government money to desilt the huge Wallajah Lake and its many canals in which NLC’s pumped water from its mines could be stored. The famished farm lands in over a dozen villages today see at least two crops every year thanks to his foresight and dedication.

The unassuming Bedi says that the 18 hours he puts in every day vanishes when he sees a recovered Covid patient being welcomed back by his family or a smiling physically challenged person happy to have got her vaccination. And he never forgets to mention that without his team of devoted officials none of this – like Chennai’s Covid cases dropping below 500 on June 18 – would have been possible. “The most satisfying moments of my career were when the girls orphaned due to the tsunami came to invite me for their weddings or the boys wrote to say they have joined engineering colleges or got jobs,” said this tall and ever smiling Sikh.