Addressing a rally in Saharanpur, Prime Minister Narendra Modi targeted the Congress accusing it of being against the welfare of the backward classes and termed its poll manifesto a 'dhakosla patra (sham document)'. 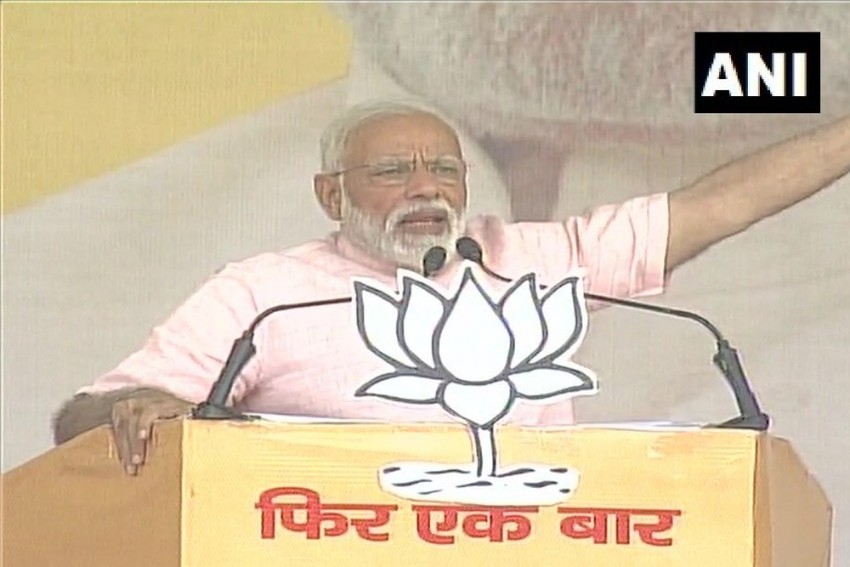 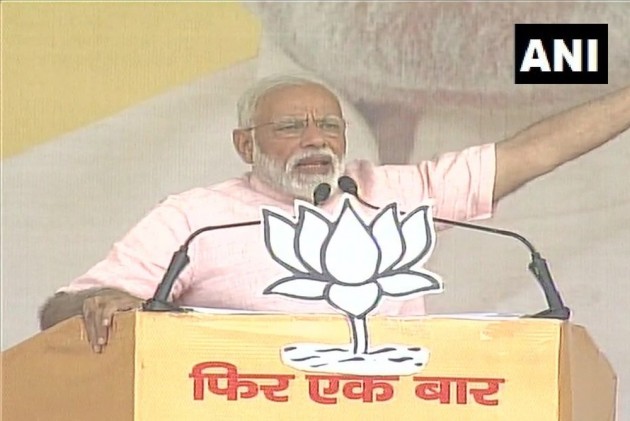 Prime Minister Narendra Modi on Friday slammed the opposition parties alleging their only agenda was to dislodge him from power and promote dynastic politics.

Addressing a rally in Saharanpur, he targeted the Congress accusing it of being against the welfare of the backward classes and termed its poll manifesto a "dhakosla patra (sham document)".

"The opposition's only agenda is 'Modi Hatao' (remove Modi). Their only intention is to promote 'vansvaad' (dynastic politics)," he said.

At the election rally in Saharanpur, western Uttar Pradesh which goes to polls in the first phase on April 11, the prime minister also accused RLD chief Ajit Singh of forgetting the atrocities against people and not "raising his voice for self-interest".

The RLD is in alliance with the SP and BSP in Uttar Pradesh.

Modi charged the opposition parties with spreading canard in Saharanpur, Kairna, Muzaffarnagar and the entire western Uttar Pradesh that Shaharnpur was their "new laboratory".

"But remember, when there was 'mahamilawat', the government at the Centre and then SP government in Uttar Pradesh did an experiment in Muzaffarnagar also," he said.

"Saharanpur is going to reject vote-bank politics of the SP, BSP and the Congress. People here trust the BJP," Modi claimed.

"They (opposition) give threat of 'boti-boti' (cut into pieces) and we talk of honour of "beti-beti" (daughter)," he said, adding the opposition parties also use a term "chowkidar (watchman) of toilet".

"This is also an honour for me," the prime minister remarked.

Accusing the Congress of being against the welfare of the backward communities, Modi claimed that Rajiv Gandhi was against Mandal commission recommendations.

"When I washed the feet of cleaners at the Kumbh mela in Prayagraj, 'behenji' (Mayawati) had all the time to make fun of me, but when the Congress humiliated the cleaners, she did not even release a statement," Modi added.