Chowdhury, also the West Bengal Congress president, advised Kumar to keep in touch with the opposition in Bihar. 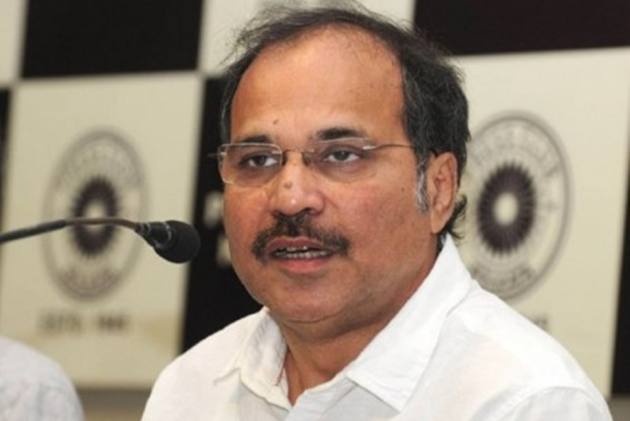 Leader of the Congress party in the Lok Sabha Adhir Ranjan Chowdhury on Saturday warned Bihar Chief Minister and Janata Dal (United) president Nitish Kumar of the BJP's "poaching skill" and asked him to keep in touch with opposition parties in the state as an "antidote to withstand the Arunachal Syndrome".

In Arunachal Pradesh, Kumar's party had won seven seats in the assembly polls held last year and become the main opposition group while the BJP, his coalition partner in Bihar, had achieved power. Six of those seven JD(U) MLAs joined the saffron party on Friday.

In a tweet, Chowdhury said, "Dear @NitishKumar Ji, Beware of #BJP, they are well adept and highly skillful in poaching operation like the notorious wild animal poachers of North Eastern region."

Chowdhury, also the West Bengal Congress president, advised Kumar to keep in touch with the opposition, hinting that he might face the same situation in Bihar too.

"Before being torn into pieces and to be withered away by the same machination as you are now experiencing in #Arunachal Pradesh, @NitishKumar Ji, explore new ideas which may include keeping in touch with the opposition in Bihar as an antidote to withstand the #ArunachalSyndrome," Chowdhury tweeted.

Kumar is heading an NDA government in Bihar where the number of JD(U) MLAs is much less than that of the BJP.

The Rashtriya Janata Dal (RJD), the main opposition party in Bihar, has hinted at the possibility of a fresh alignment in the state if Kumar chose to snap ties with the BJP following the "humiliation" in Arunachal Pradesh.

Chowdhury alleged that the saffron party believes in "exclusive political Atma Nirvar", construction of only the BJP and destruction of all non-BJP parties.

"Under the sun, the thirst of BJP party's wholesale aggression cannot be quenched," he claimed.

The JD(U) had won seven of the 15 seats it contested in the 2019 assembly elections and emerged as the second largest party after the BJP, which had bagged 41 seats.

Following the switchover, the BJP now has 48 MLAs in the 60-member House, while the JD(U) is left with only one.

The Congress and the National People's Party (NPP) have four members each.