Most northeastern parties including the allies of BJP, opposition Congress and Left parties have strongly opposed the controversial Citizenship (Amendment) Bill, 2016. 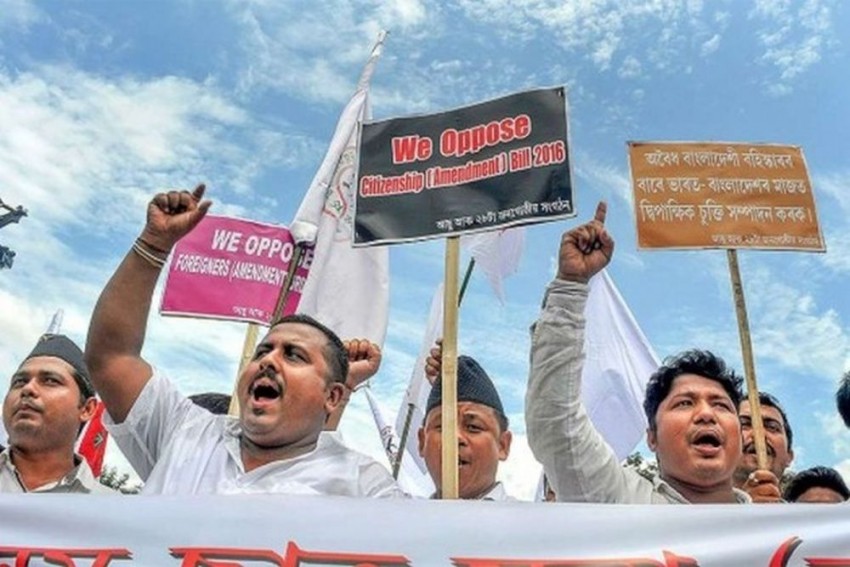 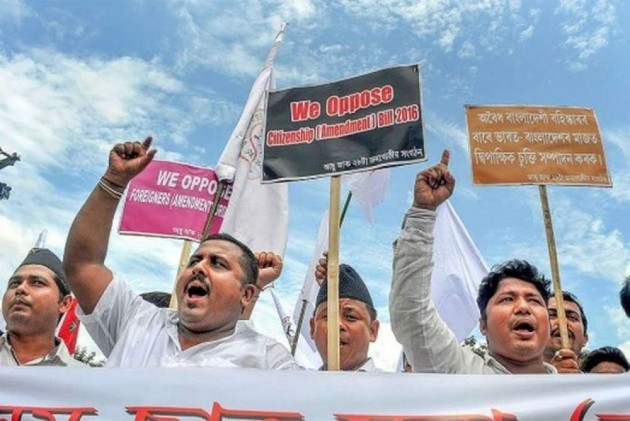 Most northeastern parties including the allies of BJP, opposition Congress and Left parties have said "the Bill is against the fundamental aspect of the Indian constitution" and strongly opposed the controversial Citizenship (Amendment) Bill, 2016.

IPFT Assistant General Secretary Mangal Debbarma told IANS that National Federation for New States (NFNS), a conglomerate of many small parties in the northeastern region and other states, has also been opposing the Bill.

"We have raised the issue in the last meeting of NEDA (North East Democratic Alliance) in Guwahati recently. Many of the constituents of the NEDA including Mizoram's ruling party Mizo National Front (MNF) are also opposing the Citizenship (Amendment) Bill," Debbarma said.

All Mizoram NGOs, including the influential Young Mizo Association, and political parties like People's Representation for Identity and Status of Mizoram (PRISM) have been strongly opposing the Bill, claiming it would change the demography of several northeastern states.

Mizo Student Federation President L. Ramdinliana Renthlei told the media in Aizawl that they would not allow the government to implement the new citizenship law in Mizoram.

Tripura's oldest tribal based party INPT (Indigenous Nationalist Party of Tripura) blocked the national highway and the lone railway line in the state last month, demanding withdrawal of the Bill.

INPT General Secretary Jagadish Debbarma said that they would intensify their agitations in Tripura as well as Delhi to press for the withdrawal of the Bill.

The powerful North East Students Organisation (NESO), an umbrella body of eight students and youth organisations of the seven northeastern states, has called an 11-hour shutdown in the entire northeast on Tuesday to protest against the BJP-led NDA government's move to pass the controversial Bill.

BJP's veteran tribal leader Rampada Jamatia, supporting the bill, told IANS: "While considering the Citizenship Bill, the logic and sentiment of the parties of the northeastern region should be looked into."

A Joint Parliamentary Committee (JPC) headed by Bharatiya Janata Party MP Rajendra Agrawal is set to submit its report on the Citizenship (Amendment) Bill, 2016 in the Lok Sabha.

With the Winter Session of the Lok Sabha set to end on Tuesday, it is uncertain whether the bill would be taken up for consideration in the lower house in this session.

This winter session would be the last full-fledged Parliament session before the upcoming Lok Sabha polls.

"The Left Parties, the Congress and many other parties would strongly oppose the bill. There is no scope in the constitution to provide citizenship on the basis of religion. The cut off date to determine the foreigners had already decided on the basis of the 1971 Indira-Mujib pact," CPI-M Chief Whip in the Lok Sabha Jitendra Chowdhury told IANS over phone from Delhi.

He said the BJP is in a hurry to pass the Bill in the Parliament to gain political mileage ahead of the Lok Sabha polls.

Introduced in the Lok Sabha in 2016, the Bill seeks to enable Hindus, Sikhs, Buddhists, Jains, Parsis and Christians who fled to India from Pakistan, Afghanistan and Bangladesh without valid travel documents or those whose valid documents expired in recent years to acquire Indian citizenship through the process of naturalisation.

The 30-member joint parliamentary panel led by BJP MP Rajendra Agrawal during the course of its study visits, met a cross section of people in Gujarat, Rajasthan, Assam and Meghalaya and heard the views of organisations, individuals, experts and others.

The committee also heard the views of the chief secretaries and police chiefs of Assam, Bihar, Gujarat, Jharkhand, Maharashtra and West Bengal.

The Citizenship Act of 1955 provides for various ways in which Indian citizenship may be acquired -- by birth, descent, registration, naturalisation and by incorporation of territory into India.

CPI-M's Tripura state Secretary Gautam Das, Congress Vice-President Tapas Dey and many other leaders of different political parties apprehend that if the NDA government passes the bill forcefully in the Parliament, a serious resentment would crop up in the northeast.

According to these leaders, the Bill is against the fundamental aspect of the Indian constitution.

NESO Secretary General Sinam Prakash Singh, and Chairman Samuel Jyrwa in a joint statement said: "This move by the Central government is an imposition on the sentiments of the indigenous people of the northeastern region, and this design by the Centre is very dangerous as it would reduce the genuine indigenous people of the seven states to minority."

"NESO warned the Union government not to play with the future of the indigenous people of the northeastern region for vote bank politics," the statement added.