Chidambaram said it was "bizarre" for State Bank of India to invest Rs 2,450 crore to pick up a 49-per cent stake in the crisis-ridden bank 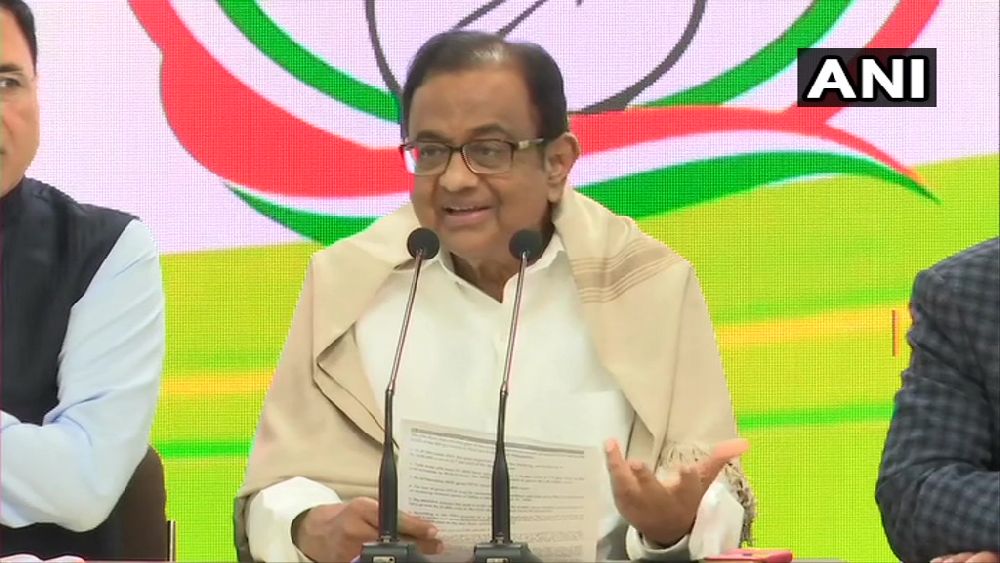 Congress leader and former Union finance minister P Chidambaram on Saturday said the Yes Bank fiasco was caused by "mismanagement" of financial institutions under the BJP government and demanded that the RBI conduct a thorough probe and fix accountability in the matter.

He said it was "bizarre" for State Bank of India to invest Rs 2,450 crore to pick up a 49-per cent stake in the crisis-ridden bank under the government-approved bailout plan.

"This is a matter that must be thoroughly inquired into and accountability fixed," he told reporters.

He asked how no officer of the RBI noticed a 35-per cent jump in the loan book of the bank in a year, when loan books of other banks were growing at nine per cent.

Yes Bank indulging in loan giving spree "isn't banking but buccaneering", he said, adding that the loan book of Yes Bank from March 2014 to March 2019 was allowed to grow and jump manifold.

"...notice the spike in 2016-17 and 2017-18, the two years immediately following demonetisation. Is no one in the RBI or government accountable," he asked.

The Congress leader said whoever takes over the bank, it must ensure that depositors' money is safe and every depositor is assured of his/her money, as the depositors are the most innocent ones.

The former finance minister asked a series of questions to the government over the Yes Bank crisis.

"Which committee or who authorized the grant of new loans after March 2014? Were not the RBI and government aware that YES Bank was on a loan-giving spree? It was not banking but buccaneering. Did no one in the RBI and the government read the balance sheet of the bank at the end of every year?" he asked.

"Why did the alarm bells not ring when Yes Bank reported its first-ever quarterly loss in the quarter Jan-March 2019," he asked.

Chidambaram said the government and the finance minister would wish the story to vanish from the media, but despite their best efforts, mismanagement of financial institutions by the BJP government will be an issue that will remain in the public domain and be debated extensively.

"The best judge of the management of the economy is the market - not the FM nor any ex-FM nor any newspaper. Even allowing for the effect of the coronavirus threat, it is noteworthy that yesterday Sensex fell by 884 points," Chidambaram said.

"I stated yesterday that a better option would be for SBI to take over, under orders of RBI, the loan book of Yes Bank at one rupee and an obligation to assure all depositors that their money is safe and will be returned. Simultaneously, SBI should make every effort to recover as much as possible of the outstanding loans. There are other options that can be explored in consultation with former Governors C Rangarajan and Y V Reddy," the former finance minister said.

A day after imposing a 30-day moratorium on Yes Bank and capping withdrawal limit at Rs 50,000, the RBI on Friday evening issued a draft reconstruction scheme for the private sector lender.

Nirbhaya Case: How Confession Of One Accused In 2013 Paved Way For Hanging Of Four