The month-long political impasse in Maharashtra ended dramatically on Saturday with the BJP's Devendra Fadnavis returning as the chief minister, backed by the Nationalist Congress Party (NCP). 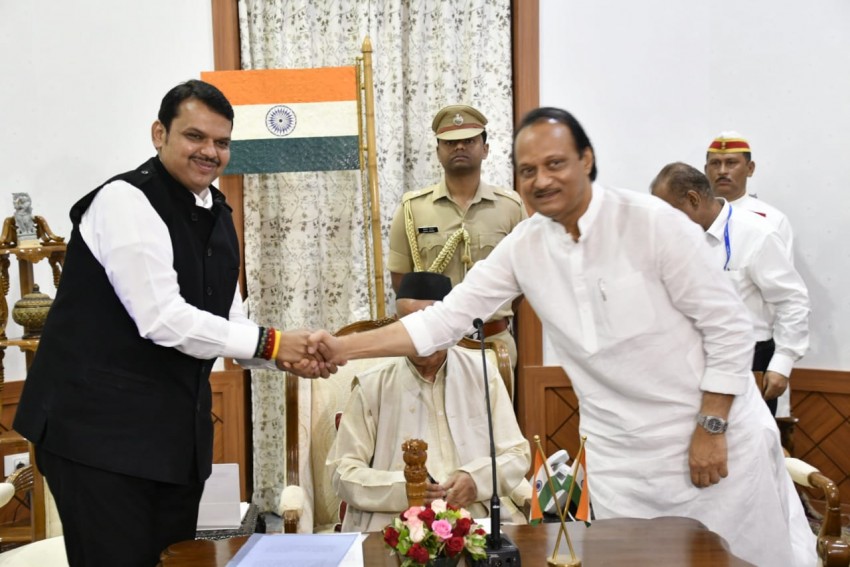 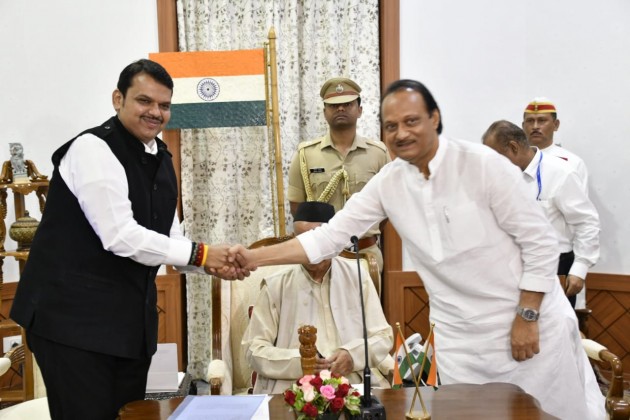 The Congress hit out at Devendra Fadnavis being sworn-in as the Maharashtra chief minister on Saturday, saying it was a "betrayal of people's mandate".

The month-long political impasse in Maharashtra ended dramatically on Saturday with the BJP's Fadnavis returning as the chief minister, backed by the Nationalist Congress Party (NCP).

NCP's Ajit Pawar was sworn-in as the deputy chief minister.

"This is called betrayal of people's mandate and giving contract for killing democracy," Congress's chief spokesperson Randeep Surjewala said in a tweet.

He also tagged media reports on allegations of Ajit Pawar's involvement in scams.

Earlier, senior Congress leader Abhishek Singhvi expressed surprise at the political developments in Maharashtra and said the Congress-NCP-Shiv Sena negotiations took too long as the window was grabbed by "fast movers".

"Surreal what I read about Maharashtra. Thought it was fake news. Candidly and personally speaking, our tripartite negotiations should not have gone on for more than 3 days...took too long. Window given was grabbed by fast movers. Pawarji tussi great ho," he said in a tweet.