Home  »  Website  »  National  »  Chowkidar Campaign Is Fine, But Where Is The GST Relief As Promised To Security Guard Cos?

Chowkidar Campaign Is Fine, But Where Is The GST Relief As Promised To Security Guard Cos?

Industry experts argue that the private security industry is the largest job provider after the Indian Railways, providing jobs to over eight million people, most of whom are semi-literate and poor with a rural background. 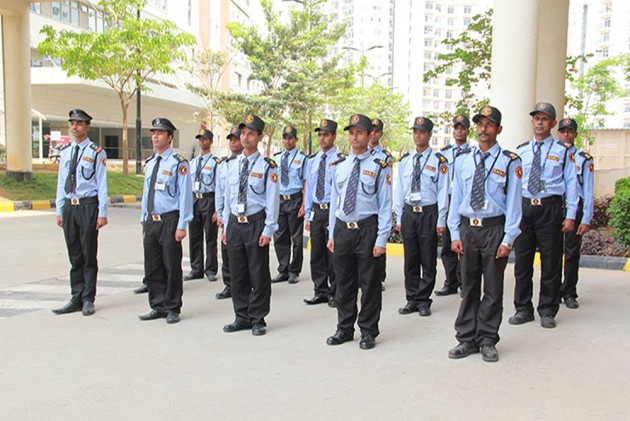 Representative image for private security guards
Jeevan Prakash Sharma May 01, 2019 00:00 IST Chowkidar Campaign Is Fine, But Where Is The GST Relief As Promised To Security Guard Cos?

Central Association of Private Security Industry (CAPSI), an apex body representing firms employing security guards across the country, has filed a petition against Ministry of Finance and the GST Council in Delhi High Court alleging that the government had failed to honour a promise made on December 22 last year to grant tax benefits under GST to such firms providing guards to clients.

The court has issued a notice to the government.

The plea says that on December 22, 2018, the Press Information Bureau (PIB), a nodal agency of the government to disseminate information to the media on its initiatives, issued a statement announcing that the GST Council in its 31st meeting held that day, had rationalised the tax scheme for companies which supply security personnel.

However, when the final notification came on December 31, 2018, all such ‘benefits’ for such firms were missing.

Interestingly, when Outlook probed the minutes of the December 22 meeting of the GST Council, there was no mention of any discussion about giving any benefits to firms supplying security guards.

All the three documents – PIB release, GST notification and minutes of the meeting of GST Council – are available in public domain.

Long before the GST Council meeting, CAPSI had strongly lobbied with the Finance Ministry, PMO, and other agencies for these benefits under GST.

In a letter addressed to the Prime Minister on July 16, 2018, Major General (Rtd) K Majumdar, CEO, CAPSI wrote that the current GST regime was “nearly strangulating the industry.”

He wrote that the companies that supply guards were liable to pay GST at the time of raising the bill to its client companies, but the latter settled their bills two to three months later.

“If GST for security services be made applicable on Reverse Charge Mechanism basis, the service receiver would have to pay it and the private service industry would get relief from the near-death strangulation it is experiencing because of the draconian provisions of having to deposit GST at billing,” wrote Majumdar.

Industry experts also argue that the private security industry is the largest job provider after the Indian railways, providing jobs to over eight million people, most of whom are semi-literate and poor with a rural background.

“The Prime Minister calls himself a chowkidar and the current government is running a political campaign called ‘Main Bhi Chowkidar’. However, when it comes to paying its due to the real chawkidars, they are making hollow promises,” says Kunwar Vikram Singh, chairman, CAPSI.

If I Get Scared, I Will Sit At Home And Not Do Politics: Priyanka Gandhi