Home  »  Website  »  National  »  Akhilesh Yadav Says Congress Is Not Keen On Stopping BJP, But Forming Govt In UP In 2022

Akhilesh Yadav Says Congress Is Not Keen On Stopping BJP, But Forming Govt In UP In 2022 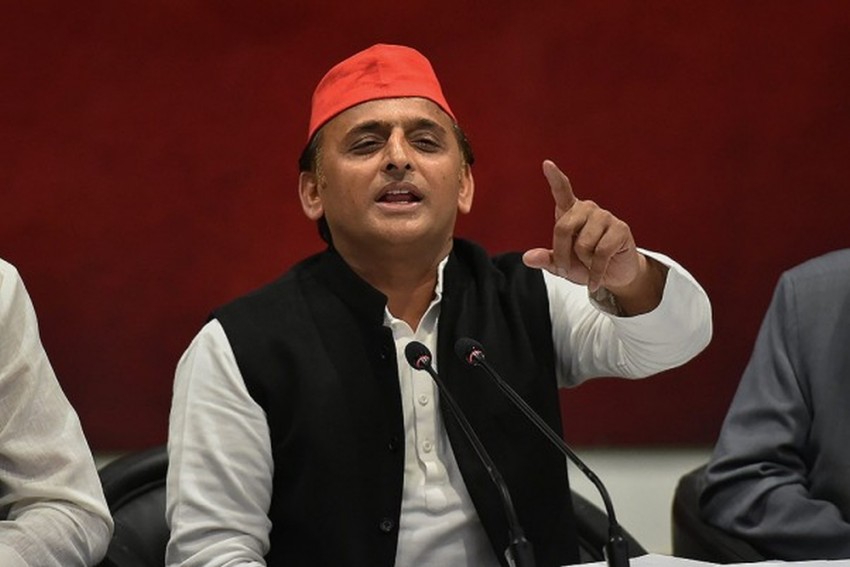 Samajwadi Party chief Akhilesh Yadav has said the Congress is more keen on forming the state government in Uttar Pradesh than halting the BJP from coming back to power at the Centre
PTI File Photo
PTI 2019-04-26T13:38:51+05:30 Akhilesh Yadav Says Congress Is Not Keen On Stopping BJP, But Forming Govt In UP In 2022 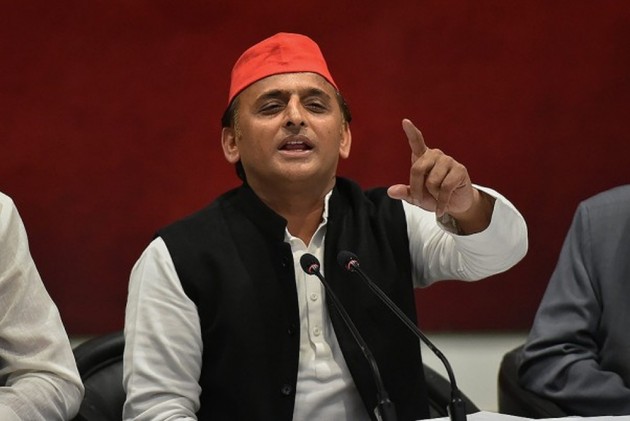 Akhilesh Yadav, the Samajwadi Party chief and former chief minister of Uttar Pradesh on Friday said the Congress game plan was not to stop the BJP from forming the government at the Centre, but to come to power in Uttar Pradesh in 2022. He also said that the SP, BSP, and RLD have sacrificed seats in the national interest.

"Our intention is clear right from the word go. We formed alliance (with BSP and RLD) to stop the communal party and in the process, we in the SP and also the BSP had to sacrifice seats in national interest," he told PTI in an interview.

“But, the Congress' agenda in the ongoing parliamentary polls is not to stop the BJP from forming the next government at the Centre. They are working for making the next UP chief minister in 2022 (when the next assembly polls are due)” Akhilesh said.

His no holds barred attack came days after he lashed out at the Congress for its "too big ego".

The SP chief's remarks assume significance against the backdrop of Congress President Rahul Gandhi himself asserting that his party will form the government at the Centre and that "after the Lok Sabha polls, the next target was (UP) assembly elections (in 2022) to ensure that the state is at the top in education, health and employment as before."

Maintaining that his alliance with the BSP and the RLD is "strong", Akhilesh said, “Both the parties have sacrificed for the sake of the country. We have given up half of our seats only to ensure the communal BJP did not return to power again.”

When asked about Prime Minister Narendra Modi's prediction that the SP-BSP alliance will crack the moment election results are out on May 23, Akhilesh said, “What has the BJP got to do with it? Why are they bothered? In UP we are strong and the BJP is nowhere. And this is the ground reality. They are trailing far behind the alliance.”

Asked to comment on Modi terming the alliance as "maha milawat", Akhilesh retorted, saying, "What should we call their (BJP) alliance with 38 parties? We are contesting on core issues and people have seen a hope in our alliance."

Trashing Deputy Chief Minister Keshav Prasad Maurya's statement that complaints about EVM malfunctioning across the state by the SP shows that it has sensed defeat after the third phase of polls, Akhilesh said, “He could not become CM. He is still under training. He did not get helicopter for campaigning for three days. He is nobody in the party.”

"There are large scale discrepancies in EVM machines in Rampur, Badaun and Mainpuri too. Hundreds of EVMs malfunctioned. Is this not serious?,” the former UP CM shot back.

About BJP's campaign targeting corruption during previous SP and BSP regimes, Akhilesh said, “They (BJP) did not have any development issues to raise. Why are they not taking action if there is any anomaly in previous regime works? Who is stopping them.”

On the performance of Chief Minister Yogi Adityanath, Akhilesh said, “He is a failure. In past two years, can he tell what investment has come to the state. Despite tall claims not a single penny of investment was done here.”

Asked about justification of his statement that people of state will send the CM to 'mutt' after polls, Akhilesh said, “Just go through his speeches in the current polls. He talks of green virus, Raul Vinci, 'Mamaji', coalgate, Ali and Bajrangbali in his speeches but never says what he has done and what is his vision for UP's development."

About SP's role post-May 23 at the Centre, Akhilesh said, “I am not in the race of becoming PM. But the alliance is going to give new government and new PM. Appropriate decision is taken at opportune time. Presently we are focusing on the campaign and are sure of winning maximum number of seats in the state.”

Uttar Pradesh has the highest number of 80 Lok Sabha seats. The BJP and its ally, the Apna Dal, bagged 73 seats in 2014 polls.

When asked as to who will be the PM, if his alliance get adequate seats, Akhilesh said, “Unlike the BJP, which has only one face, we have a number of leaders. No one should worry about this.”

On Modi, he charged, “He is fooling everyone. He should tell has corruption stopped, black-money stashed abroad returned, how much investment  came, why jobs are vanishing. They (BJP) will never talk on this. They are masters in diverting attention of people from core issues.”

At his recent rally in Kanpur rally, the SP chief had sharpened his attack against the Congress, which has been kept out by the SP and the Bahujan Samaj Party from their alliance in Uttar Pradesh for Lok Sabha elections.

"Like the BJP, the Congress too believes in threatening political opponents," he had said.

"We had an alliance with the Congress, but found that their ego is too big," he had said.

The SP had an understanding with the Congress during the 2017 Uttar Pradesh Assembly elections. In the ongoing Lok Sabha elections, the alliance of the SP, the Bahujan Samaj Party and the Rashtriya Lok Dal has shunned it.

However, the alliance decided not to field any candidate from Rae Bareli and Amethi, the bastions held by Congress leaders Sonia Gandhi and Rahul Gandhi.

"I want to alert you about the Congress also. It is a party which ditches (allies)," the former UP chief minister claimed at his public rallies.

“Like the BJP, the Congress believes in threatening its political rivals. We don't do politics of threats," he has said.