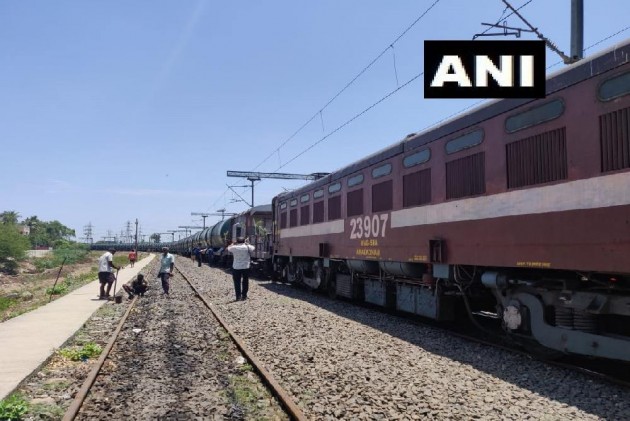 A train carrying 2.5 million litres of water arrived in Chennai, which has been grappling with an acute water crisis over the past few months, officials said Friday.

The train with 50 tank wagons (BTPN), carrying 50,000 litres of water in each of them from Jolarpettai in Tamil Nadu's Vellore district, reached the filling station at the Integral Coach Factory in Villivakkam Friday afternoon.

Around 100 inlet pipes installed near the railway tracks would be used to discharge 2.5 million litres of water in all the wagons to be sent to a treatment plant after passing through a conduit, an official of Chennai Metropolitan Water Supply and Sewerage Board said.

"After treatment it would be sent for distribution. This arrangement has been made for the next six months until the (advent of the) north-east monsoon," the official told PTI.

The train was supposed to reach Chennai on Thursday, but leakages in the valves led to the delay. Jolarpettai is 217 km away from the southern metropolis.

All the arrangements took around 20 days of time to complete.

The initiative would be formally inaugurated by Tamil Nadu Ministers later in the day, the official said.

Chennai has been grappling with an acute water crisis over the past few months. The southern metropolis is facing a daily water deficit of at least 200 million litres, and the four reservoirs supplying to the city have run dry.

The Tamil Nadu government had earlier requested the railways to help them ferry the water to the city.