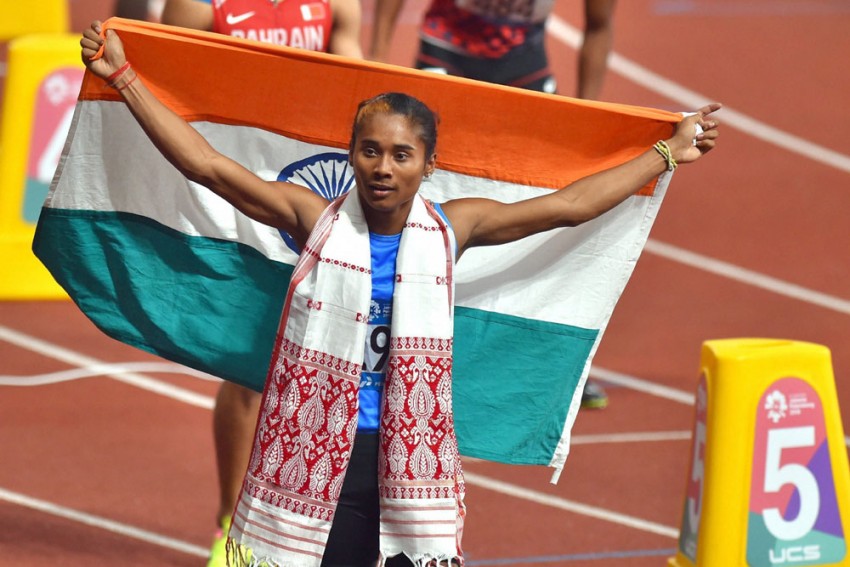 Hima Das has been improving on her timing even though the field in all the five races was mediocre.
File photo
PTI July 22, 2019 00:00 IST Hima Das Nearing Her Best: Indian Athletics' High Performance Director 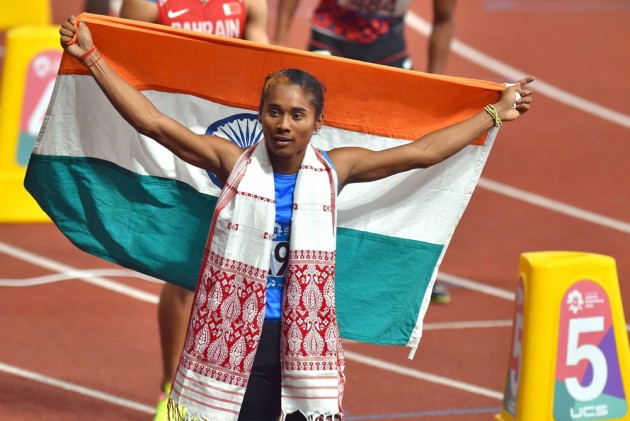 The 19-year-old Hima has won five races -- four in 200m and one in her pet 400m event -- in Poland and the Czech Republic since July 2. She has been improving on her timing even though the field in all the five races was mediocre.

Also Read: Tendulkar Hails Das As An Inspiration For Youth

Her male counterpart Muhammed Anas has qualified for the World Championships after bettering his own 400m national record last week.

"We also have Muhammed Anas breaking his own record and that is quite promising," said the 38-year-old Hermann who took charge on July 1.

The highly qualified German, who has worked in a similar capacity in his native country and Singapore, said athletes around the world have been making changes in their training due to the World Championships happening late in the season, and the Indians are also adjusting accordingly.

"All around the world, athletes are facing the same problem. The coaches have to rush the whole preparation model. The athletes will need to peak twice, the first (peak) right now and second by the end of September.

"We are preparing a series of competition to raise our performance level and then we will continue on a slightly higher level with higher intensity towards World Championships," he added.

He said 25 to 30 Indian athletes can qualify for next year's Tokyo Olympics.

"In men's and women's 400m relay, the eight finalists at World Championships will directly qualify for Tokyo and in certain ways, that is the easiest for us to qualify. Mixed 400m relay is another one we can qualify. Then, we are in a good situation in javelin throw and 400m.

"Tokyo is exactly one year from now. We will work on the strengths and weaknesses of our athletes to do our best. But we need to look forward to 2024 and 2028 Olympics."

Hermann said his plan is to make three different strategies for the three upcoming Olympics.

"First for Tokyo, we will work with the current athletes in high performance team. Secondly for 2024, besides the current athletes, we have to find talented ones at youth and junior levels who have the potential to be at the top level in five years from now. They can be 15, 16 and 17 years of age," he said.

"For 2028 Olympics, we have to work with 10, 11 or 12 years old children. To be honest, these are athletes with which we can initiate change in Indian athletics. We need to work at the state and district level, give proper foundation to these kids, more towards core training and technical model.

"India should develop its own philosophy and not copy from say USA or another country to face specific challenges it has. The working of officials should be streamlined and coaching methods should be the same throughout the country."

He said that training of high performance athletes should focus more on increasing intensive quality sessions rather than on volume, and provide enough recovery time.

"The modern method of training is to increase the number of intensive sessions and achieve high quality. You cannot have high volume and high intensity. But you have to have enough recovery time. Otherwise, you will have injury and mental fatigue.

"The ideal training is to ensure 100 per cent in a few events like the World Championships or Olympics. It is important to give one time 90m throw (in javelin) instead of five time 85m.

"Unlike other sports, it is not enough to give 96 or 97 per cent in a top event, you have to be 100 per cent. The three or four per cent make all the difference."

On India's high performance pool of athletes, Hermann said, "130 or 140 elite athletes in national camps currently is too small a percentage of the total population. In the USA, there were 200 thousand athletes competing in NCAA.

"But I am optimistic of Indian athletics making strides in coming years. The government and the AFI are working hard and other stakeholders are also interested in taking athletics forward. We need the involvement of state and district officials in a big way for grassroot development. We need a step-by-step approach to take Indian athletics to the next level."