As per a January 15 notification of the Delhi government, no equine movement to and from the national capital was allowed for three months to check the contagious infection. 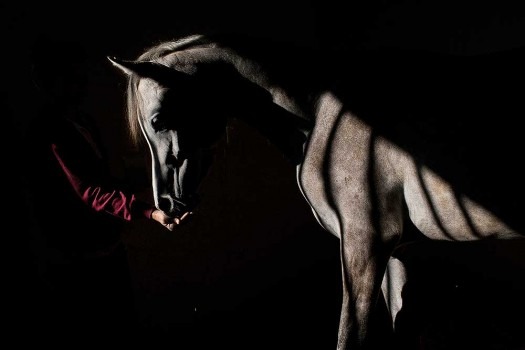 The Delhi Golf Course has been asked to postpone or cancel the North India Derby horse race, scheduled later this month, due to the outbreak of potentially fatal equine glanders' disease, the Delhi High Court was informed today.

The submission by the Delhi government assumes significance as the court had yesterday asked it to deliberate on the issue of cancelling the event, slated for February 27, as it would attract a large audience and the infection could spread among the people as well.

The government issued a notification to the Delhi Golf Course today asking it either to postpone the event till mid-April or cancel it due to the outbreak of "deadly zoonotic disease".

Justice Rajiv Shakdher was told by Delhi government's Additional Standing Counsel Naushad Ahmed Khan that they have banned all kinds of activities relating to horses in Delhi and would take action in public interest.

As per a January 15 notification of the Delhi government, no equine movement to and from the national capital was allowed for three months to check the contagious infection.

Glanders is an infection caused by bacterium Burkholderia mallei caused by ingestion of contaminated feed or water. Its symptoms include formation of nodular lesions in lungs and ulcers in respiratory tract and acute cases result in coughing, fever, and septicaemia.

The court was hearing a petition by an owner of two horses saying they were not allowed to participate in the Derby horse race as not being allowed to be brought from Mumbai to Delhi for the time being in accordance with the notification.

In view of the today's development, the court allowed senior advocate Dayan Krishnan, appearing for the firm Blazing Saddles, to withdraw the petition.