The proposed tax structure will provide significant relief to taxpayers and more so to those in the middle class, Sitharaman said. 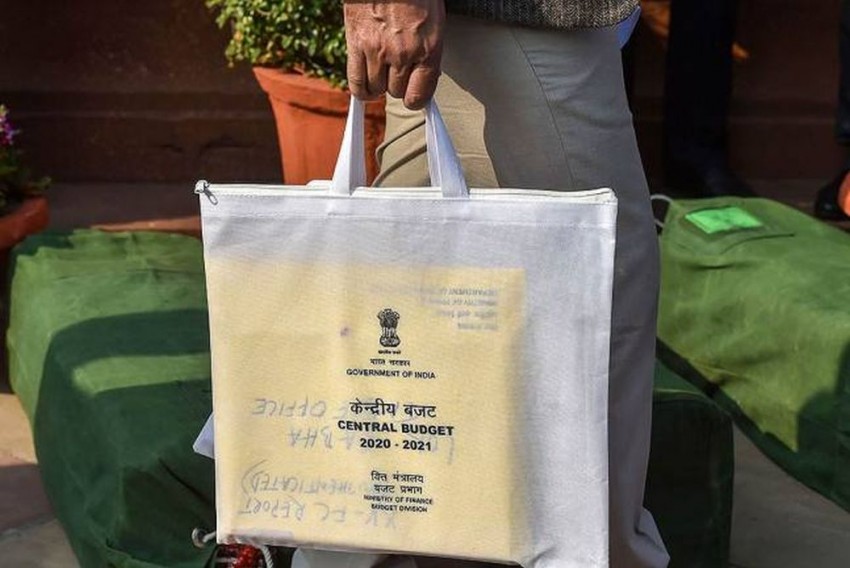 A Finance Ministry employee carries a copy of the Union Budget 2020-21 before its presentation in the Lok Sabha, at Parliament in New Delhi.
PTI Photo
PTI February 01, 2020 00:00 IST Budget 2020: Finance Ministry Cuts Income Tax Rates; To Spend More On Agriculture To Boost Growth 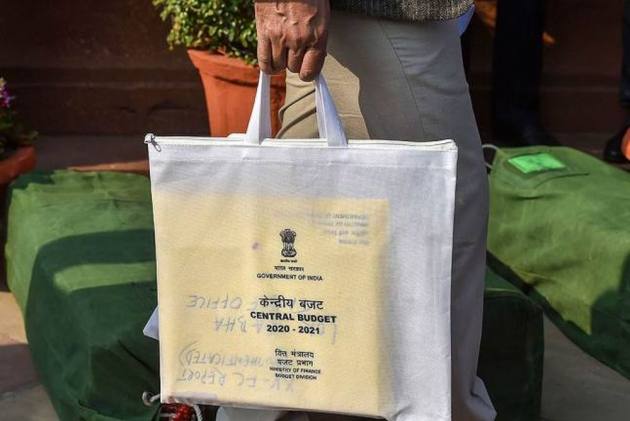 Finance Minister Nirmala Sitharaman on Saturday slashed income tax for individuals, abolished dividend tax for companies and announced record spending in agriculture and infrastructure sectors to pull out the economy from its worst slowdown in more than a decade.

The cut in income tax rates, which would help save about Rs 31,000 a year in tax for persons with annual income of up to Rs 17 lakh, was, however, conditioned on current exemptions and deductions including standard deduction for Rs 50,000 as well as the waiver earned on payment of up to Rs 1.5 lakh in tuition fee of children, and contribution towards insurance premium and provident fund, being given up.

She raised import duty on a variety of products ranging from tableware and kitchenware to electrical appliances to footwear, furniture, stationery and toys to boost domestic manufacturing while at the same time provided funds to help farmers set up solar power generation units and set up coal storages to transport perishables.

Alongside, the limit of insurance cover in case of bank failure on deposits was increased to Rs 5 lakh from Rs 1 lakh and a sale of government stake in the country's largest insurer Life Insurance Corporation (LIC) announced.

Presenting her second budget in Parliament, Sitharaman said the 2020-21 Budget was aimed at boosting incomes and enhancing purchasing power, stressing that the economy's fundamentals were strong and inflation was well contained.

For farm and rural sectors, she allocated Rs 2.83 lakh crore and fixed Rs 15 lakh crore target for giving agriculture credit. Another Rs 1.7 lakh crore spending was planned for transport infrastructure and Rs 40,740 crore allocation was made for the energy sector.

Sitharaman, who cut tax paid by companies to its lowest in September last year, proposed new tax slabs of 15 per cent and 25 per cent in addition to the existing 10 per cent, 20 per cent and 30 per cent. The new slabs would be for individuals not availing certain specified deductions or exemptions.

"The new tax regime shall be optional for taxpayers," she said.

Sitharaman accepted the demand of the industry to reverse the taxability of dividends back to the recipients, making equity investment more attractive. Now, dividends will be taxed in the hands of recipients, a move that will cause Rs 25,000 crore dent to her coffers.

Also, she deferred taxes for ESOPs in the hands of employees which will be an important decision for the employees to own shares in the employer without getting worried about organising cash to pay taxes. This will also provide greater flexibility to the employers and employees in the structuring of their employment prospects.

One proposal that could be become contentious was tax being imposed on Indian citizens abroad if they are not taxable in their home country.

For the next fiscal, she pegged net borrowings of Rs 5.45 lakh crore and doubled target of raising revenue from the sale of government stake in PSUs to Rs 2.1 lakh crore

Budget 2020: Govt To Sell Part Of Its Holding In LIC Via IPO