The move assumes significance as India accounts for 46.6 million or one-third of the world's stunted children. 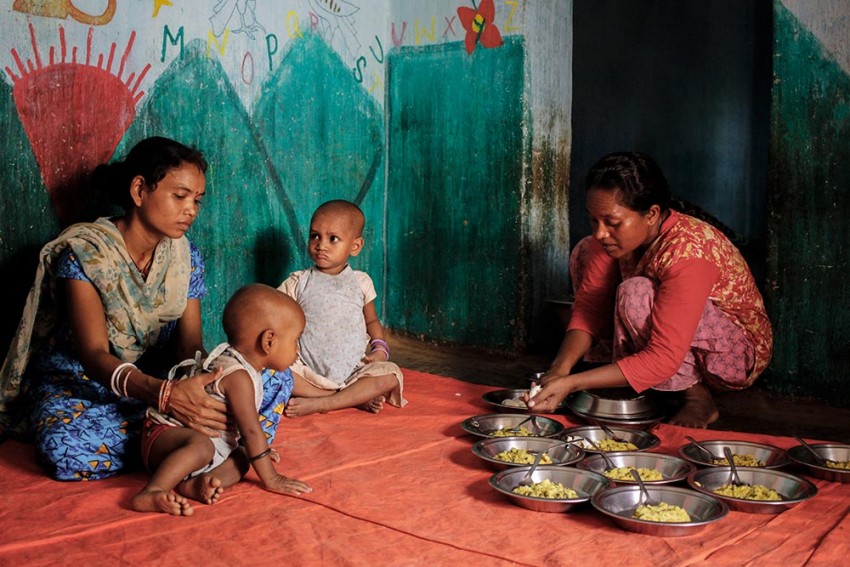 In a major initiative to improve the health and nutrition profile of children and adults in the country, Finance minister Nirmala Sitharaman in her second Union Budget presented on Saturday, announced Rs. 35,600 crore provision for nutrition-related programmes for the fiscal year 2020-21.

The jump of over 22 per cent in allocation for nutrition-related programmes, which include mid-day meal schemes in schools and anganwadis, also aims to promote the availability of horticulture and hygienic fish as part of healthy and nutritive food. It is a welcome move considering India accounts for 46.6 million or one-third of the world's stunted children, according to 2015 data of the Global Nutrition Report.

Giving reasons for the higher allocation, the finance minister stated: “Health of mother and child are closely co-related. Nutrition is a critical component of health. To improve the nutritional status of children (0-6 years), adolescent girls, pregnant women and lactating mothers, our Prime Minister launched a 'Poshan Abhiyan' in 2017-18. More than six lakh Anganwadi workers are equipped with smartphones to upload the nutritional status of more than 10 crore households. The scale of these developments is unprecedented.”

As part of the government initiative to improve the health of mothers and children, the marriage age for girls was increased from fifteen years to eighteen years in 1978 with the amending of the erstwhile Sharda Act of 1929.

“As India progresses further, opportunities open up for women to pursue higher education and careers. There are imperatives of lowering MMR (maternal mortality rate) as well as improvement of nutrition levels. The entire issue about age of a girl entering motherhood needs to be seen in this light. I propose to appoint a task force that will present its recommendations in six months’ time,” the Finance Minister told parliament.

She added that in continuation of the government’s commitment to the welfare of women, this budget provides for about Rs. 28,600 crore for programmes that are specific to women.