BMW Unveils iNEXT, A Peek Into The Future 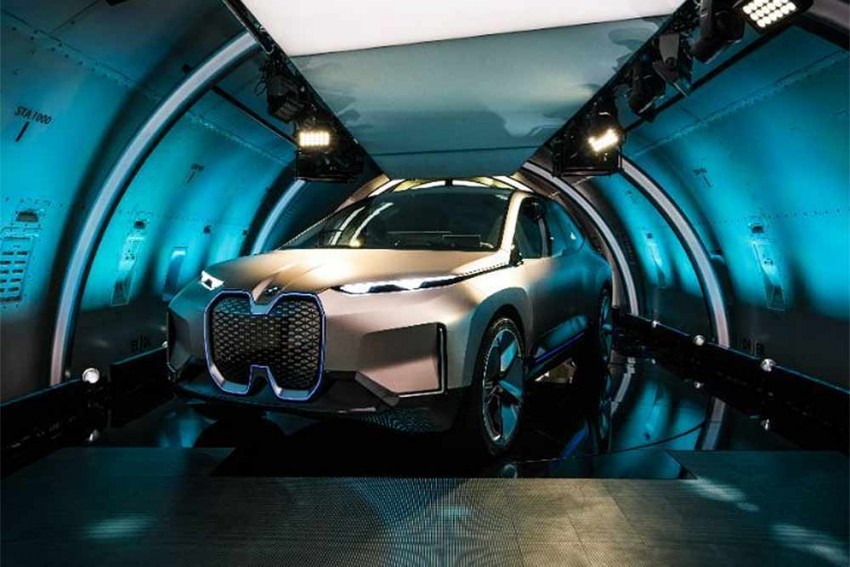 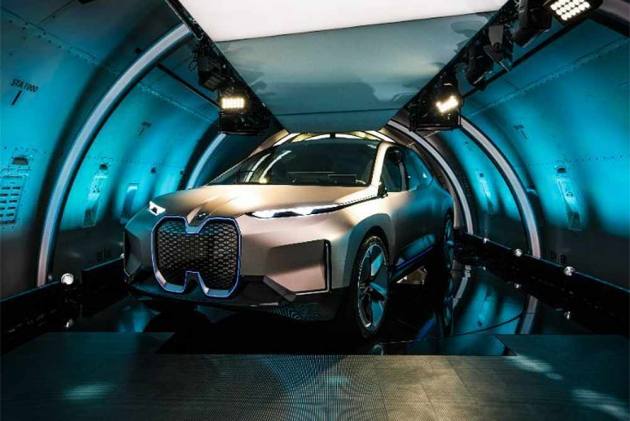 BMW has pulled the wraps off its latest concept, the iNEXT. The carmaker has touted the all-electric SUV concept as the torchbearer of a new era of ‘sheer driving pleasure’. BMW also says that the iNEXT brings together BMW’s vision of a highly automated, emission-free and fully connected vehicle while giving a glimpse of what the future might look like. The iNEXT will be BMW’s technology flagship model and will enter production in 2021. It will be produced at Plant Dingolfing and take the carmaker’s D+ACES innovation to the road as a single package. 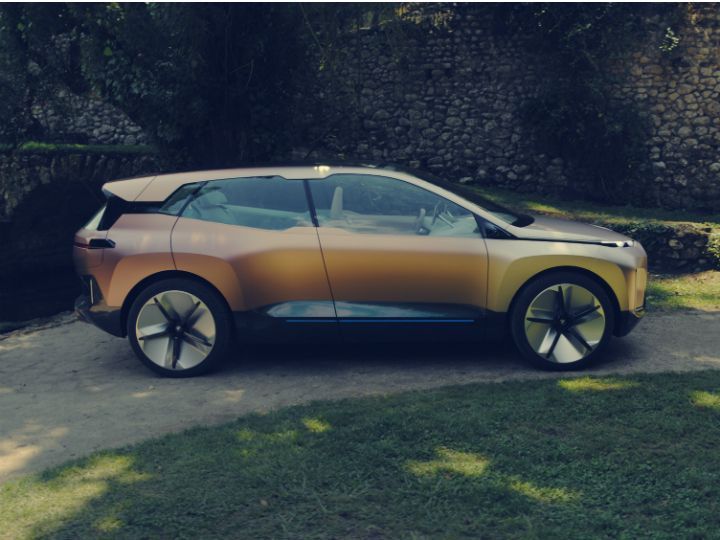 Let’s start with the design which is polarising, to say the least. The iNEXT looks like something straight out of a futuristic Ridley Scott movie (Blade Runner anyone?). Its four-eyed headlamps are sleek and flank a rather oddball-ish and huge kidney grille that houses a lot of sensors for driver assistance systems. It features a clean design with flared wheel arches and opposing doors that negate the need for a B-pillar. When viewed from the side, it becomes apparent that when it comes to size, the iNEXT is roughly similar to the X5. The taillamps are sleek and are housed almost entirely in the tailgate. It sits on massive 24-inch wheels which according to BMW are aerodynamically efficient. 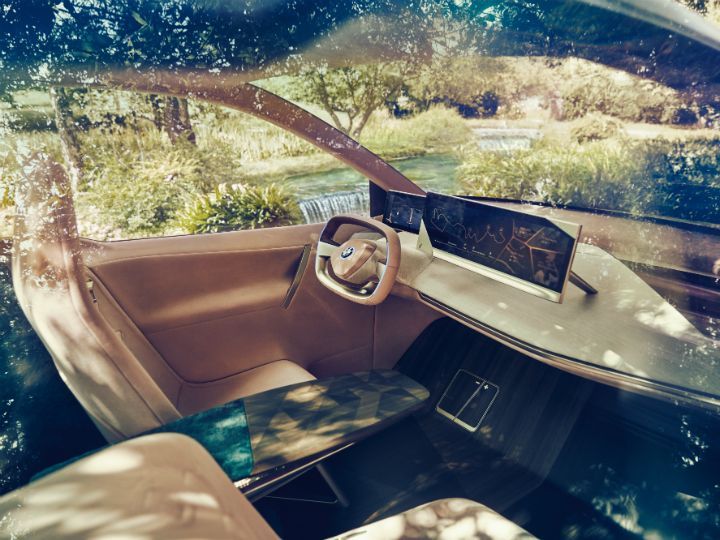 The interiors are minimal and are complemented well by a large panoramic sunroof. There are two seats at the front and a bench at the rear in a conventional SUV layout but that’s where convention exits out of the door. Everything inside is geometric, including the steering wheel which is rectangular. Two massive screens sit on the beige and wood dash and that’s it. BMW says, you won’t need screens in the future. BMW’s Shy Tech can convert surfaces such as cloth and wood into display and control surfaces. 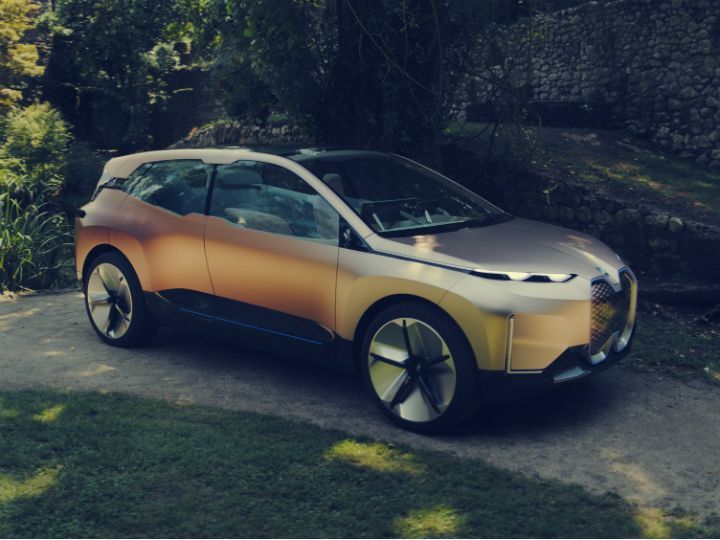 The iNEXT will be designed with autonomy in mind, but as the rules and laws for autonomous vehicles are still not very clear, the driver will be an integral part of any car in the future. BMW has christened its driving modes for the iNEXT as ‘Boost’ and ‘Ease’. The Boost mode allows for driver inputs as he/she is in full control of the vehicle and the massive screens will display the typical information one would expect while driving a car. In Ease mode however, the steering wheel retracts a fair bit, adding to the ‘sense of space’. The cabin too undergoes a transformation. In BMW’s own words, “The display panels switch from driving-related content to “Exploration Mode”, which provides the driver and passengers with suggestions of places and events in the surrounding area that could be of interest to them. Plus, the front seat head restraints can be folded back, allowing the people in the front to communicate more effectively with the passengers in the rear.” 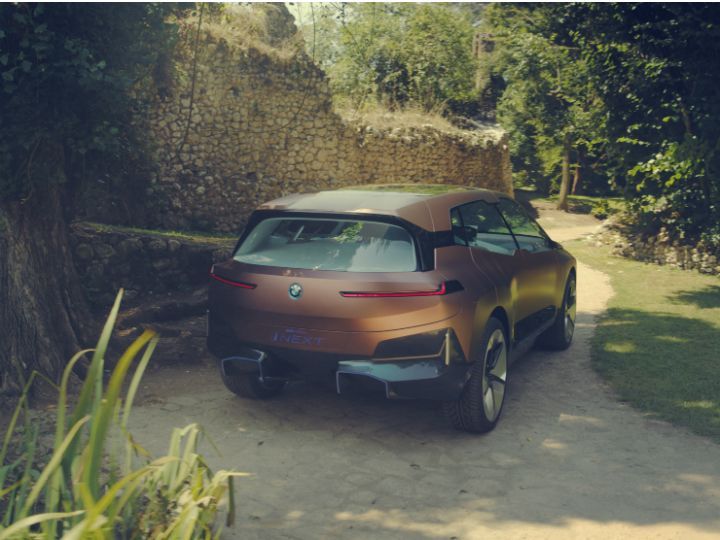 The iNEXT will play an integral role in the development of BMW’s future vehicles as the company is planning to launch 25 electrified vehicles by 2025, 12 of which will be purely electric. And the plan already seems to be in motion as BMW intends to debut the all-electric Mini in 2019 with the production of the iX3 set to commence in 2020.

In addition to all this, BMW is also planning to develop its own battery technology with Chinese firm CATL. The company will only produce the cells, while the designing and development will be done inhouse by BMW (Source). 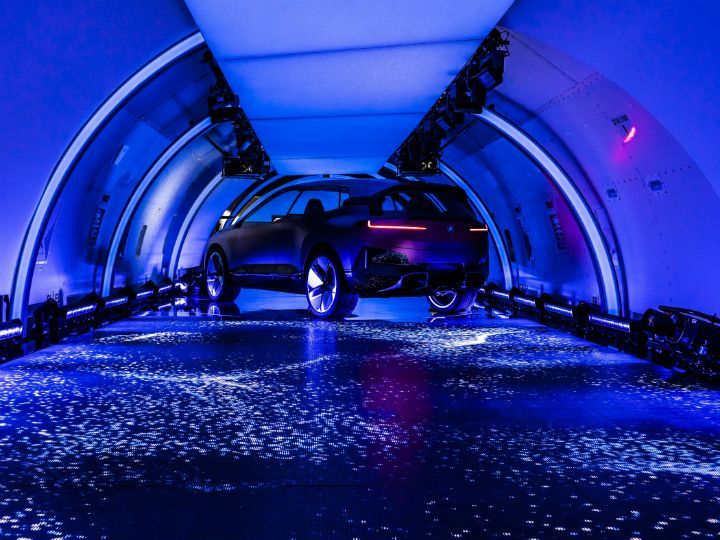 BMW seems to be making a real headway into the electric vehicles space with the Audi e-tron already revealed and en-route to India. Will BMW be looking at bringing its electric products to India? What do you think? Let us know in the comments below.