Shashwat was named in one of the two FIRs lodged in the aftermath of the communal riots which took place on March 17, on the occasion of New Year as per the Hindu calendar. 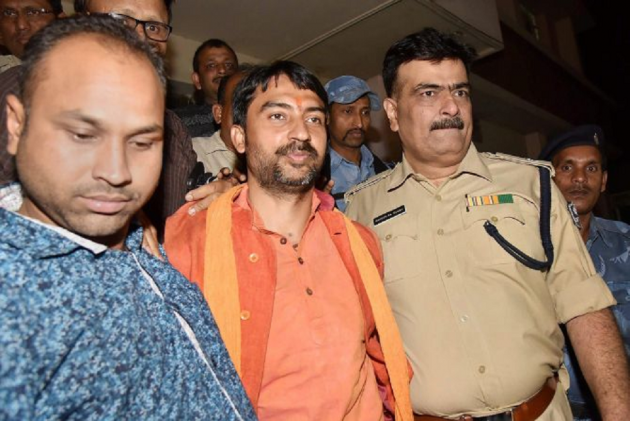 Union minister Ashwini Kumar Choubey's son Arijit Shashwat will not get a bail. He was jailed on Sunday in connection with communal clashes in the district.

Shashwat was named in one of the two FIRs lodged in the aftermath of the communal riots which took place on March 17, on the occasion of New Year as per the Hindu calendar.

Violence had erupted in Nathnagar area of the district, when people belonging to a minority community took exception to the loud music played at a procession.

Several people, including two police personnel, were injured in the clashes.

The district administration had also claimed that the procession was taken out without obtaining due permission.

Shashwat was arrested in Patna in the early hours of Sunday, barely a few hours after a Bhagalpur court rejected his petition for an anticipatory bail. He had filed the plea following the issuance of an arrest warrant against him a week earlier.

Upon his arrest, he was produced before a Bhagalpur court which remanded him to 14 days in judicial custody.

Shashwat had unsuccessfully contested the 2015 Assembly polls from Bhagalpur as the BJP candidate.

His father is the Union Minister of State for Health and an MP from Buxar.

The Nitish Kumar government in Bihar had drawn a lot of flak on account of the delay in the arrest of Shashwat. The RJD had said that the CM was "helpless" before the BJP.