Earlier, it was reported that the wedding was being planned for early December. However, there has been no official statement from the families yet. 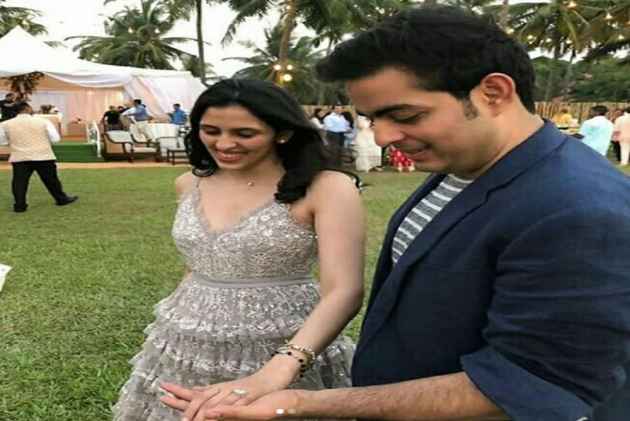 Earlier, it was reported that the wedding was being planned for early December. However, there has been no official statement from the families yet.

According to a report, the Ambani’s have arranged for a floral decor worth Rs 50 lakh at the Siddhi Vinayak temple in Mumbai on Sunday as it is the last day of Navratri, and Shloka is expected to the first Aarti.

The couple is seen at a charming lawn ceremony under palm trees and white shamianas in pictures shared by fan pages and social media.

This will  be the second diamond industry connection for the Ambanis.Diamantaire conman Nirav Modi's brother Neeshal is married to Ambani's niece, Isheta, according to Business Today.

Mehta is the former vice-chairperson of the Gems & Jewellery Export Promotion Council (GJEPC) and currently serves as the member of the Diamond Panel of the Committee of Administration of the GJEPC.

Rosy Blue, which has so far produced 236,000 carats of polished diamonds, also owns the Orra jewellery brand and was one of the companies named in the Panama Papers for having several offshore accounts.

The Ambanis and Mehtas know each other well and even Akash and Shloka studied together at Dhirubhai Ambani International School.

Akash and twin sister Isha are eldest of the three children of Mukesh and Nita Ambani. He is on the board of Reliance Jio, the group's fast growing telecom venture.

Shloka, who after finishing schooling at Dhirubhai Ambani International School in 2009 went on to study Anthropology at Princeton University and masters in Law at The London School of Economics and Political Science, is a director on Rosy Blue Foundation since July 2014. She is also a co-founder of ConnectFor, which matches volunteers with NGOs that need them.

She is youngest of three children of Russell and Mona Mehta. Mona is said to be a relative of fugitive diamond jeweller, Nirav Modi.