BJP state unit president Jitu Vaghani said during the two-day meet, discussions were held on how to go about retaining the 26 constituencies. 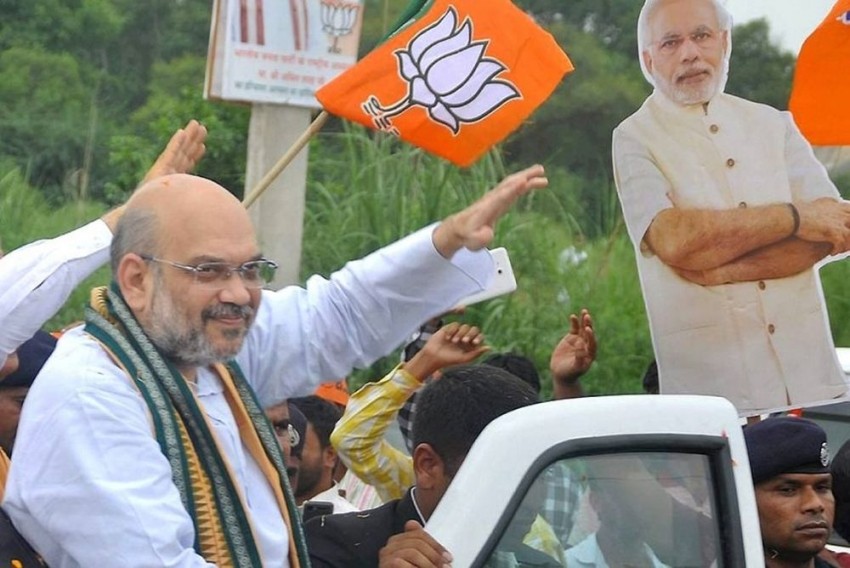 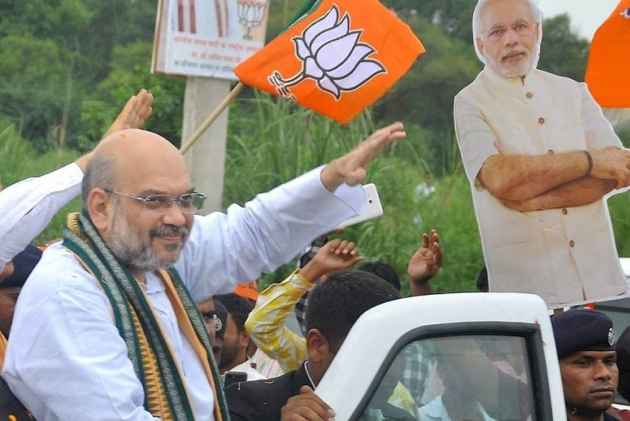 Although BJP chief Amit Shah has set the target of retaining all the 26 Lok Sabha seats in Gujarat in the 2019 elections, it appears to be an uphill task for his party considering its performance in the 2017 Assembly polls, where it managed to only 99 out of 182 seats.

However, the party's state unit says it is confident of winning all the 26 LS seats in 2019, as they feel the assembly and the general elections are fought on different issues.

During a two-day 'chintan shibir' (brainstorming session) of the party aimed at preparing for the 2019 polls was held on June 24 and 25 in Ahmedabad. Shah, who was present at the concluding session, asked the partymen to strive hard to win all the 26 seats, party source said.

In 2014, the ruling party had defeated the opposition on all the 26 Lok Sabha seats in the state. However, in the December 2017 state polls, the BJP could win only 99 seats out of the total 182. It was not even able to open its account in districts like Morbi, Amreli and Gir Somnath.

During the session, Shah asked the party leaders to make people aware of the "good work" done by the governments led by Narendra Modi at the Centre and Chief Minister Vijay Rupani in Gujarat, BJP sources said.

He told the partymen to concentrate on strengthening those booths where the party's organisational structure is weak, by reaching out to prominent personalities in those booths, they said.

He also cautioned the BJP workers against Congress' attempts to divide the society on the caste lines and asked them to work towards winning the votes of all the castes by emphasising the unity of Hindus, the sources said.

Shah asked the party to campaign that Modi has to be made the PM for the second time as he is the 'son of the soil'.

BJP state unit president Jitu Vaghani said during the two-day meet, discussions were held on how to go about retaining the 26 constituencies.

"In the sessions held in two days different issues, as well as the social and regional situations in each constituency were analysed," he said adding that party will work hard to win on all the 26 seats.

However, the opposition Congress, which has gained confidence after winning 79 seats in the last Assembly elections by clinching 18 new seats, says the BJP is daydreaming about winning all the 26 seats. In the 2012 state polls, the Congress had won 61 seats.

"In the 2014 Lok Sabha polls, winning all the seats in Gujarat was possible as Modi, who hails from the state was to become Prime Minister for the first time. But now that wave has disappeared. This time they are just dreaming," state Congress spokesperson Manish Doshi said.

BJP spokesperson Bharat Pandya, however, expressed confidence that his party will definitely win all the seats as the issues in focus in the Assembly and Lok Sabha elections are different.

"Assembly elections are fought on local issues, whereas in the Lok Sabha elections the focus is on national issues. People will vote in favour of Narendra Modiji in his home state. We have a far better organisation and that makes a lot of difference," Pandya said.