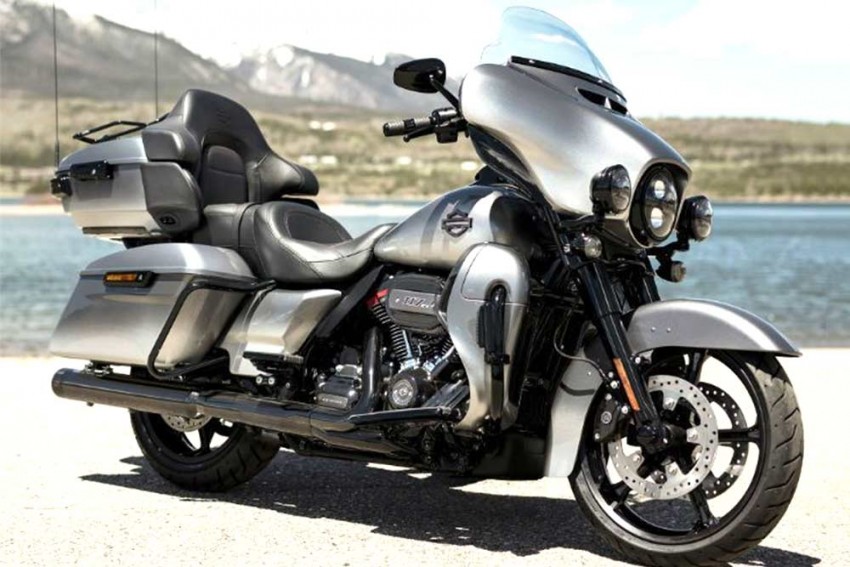 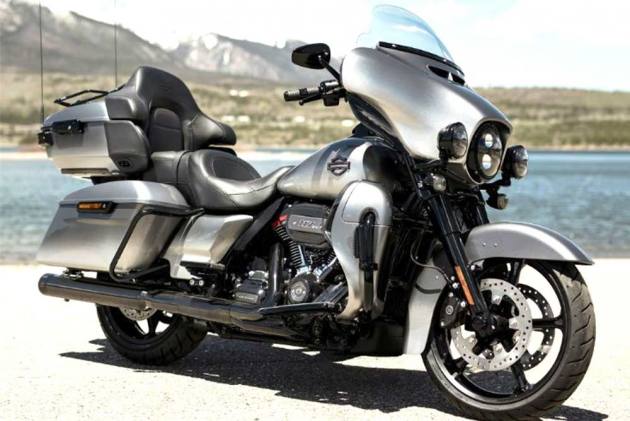 Harley-Davidson is on a roll with a series of radical products announced for the next two-three years. For 2019, the American manufacturer has announced its revamped CVO (Custom Vehicle Operations) limited production range with features that’ll put a full-fledged car to shame! So let’s take a look at what the CVO Limited, Street Glide and Road Glide pack. 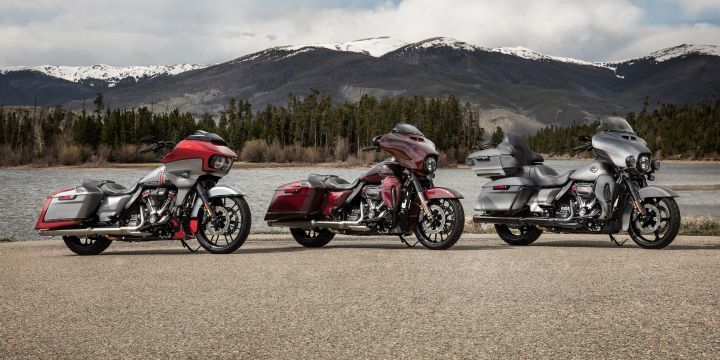 There’s more to the faded paint effect in the CVO than it looks. Harley says the fade effect is lighter at the bottom and slowly moves to a darker shade on the upper portion of the motorcycle, thus creating an illusion that the bike is lit from the bottom! Multiple layers of paint are applied robotically to create this effect. 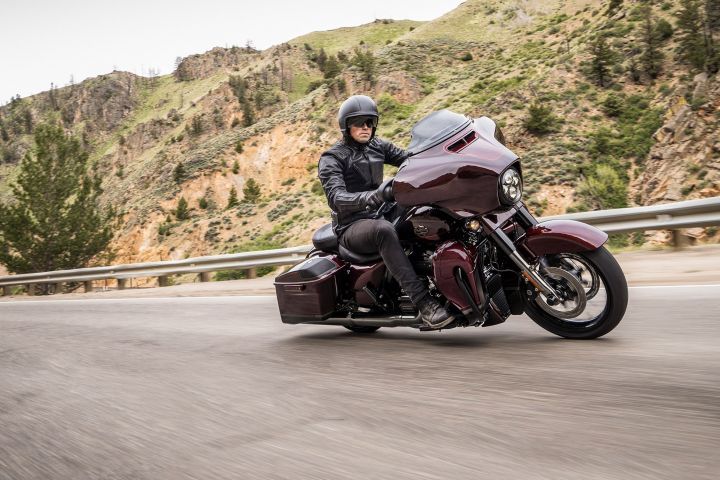 The 2019 CVO Street Glide also comes with the same red band on the engine rocker boxes and certain components of the Kahuna collection feature a unique logo. There are three colour options available: Charred Steel/Lightning Silver with contrast chrome Talon wheels, Wineberry/Black Forest with Contrast Anodize Talon wheels and Black Forest with contrast anodized Talon wheels. For added swagger, the 2019 model year comes with the most outrageous audio system in the range- Six Boom! Stage 2 bi-amped speakers. They are located in the upper and lower side of the fairing and on the saddlebag lids). These are enhanced by three separate amplifiers with 150 Watts per channel resulting in a total of 900 Watts! 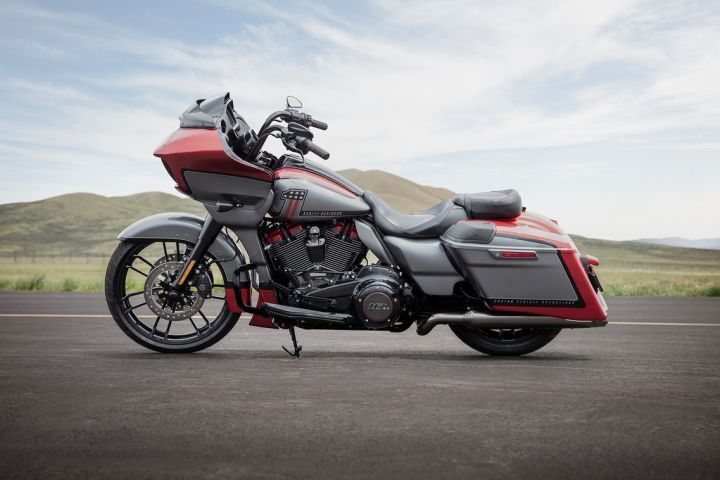 Apart from the red band on the engine, the 2019 CVO Road Glide gets additional cladding along the downtube on the sides, which also visually connects the shark nose fairing and the fuel tank. There’s a new Heavy Breather Screamin’ Eagle intake and a generously large 21-inch front and 18-inch rear Knockout alloy wheels. Harley says it is the only model in the CVO range to get factory-fitted 21-inch front wheel. It would change the motorcycle’s dynamics considerably but the American cruiser maker has assured that they have tuned the suspension settings accordingly for optimum handling, performance and ride quality. 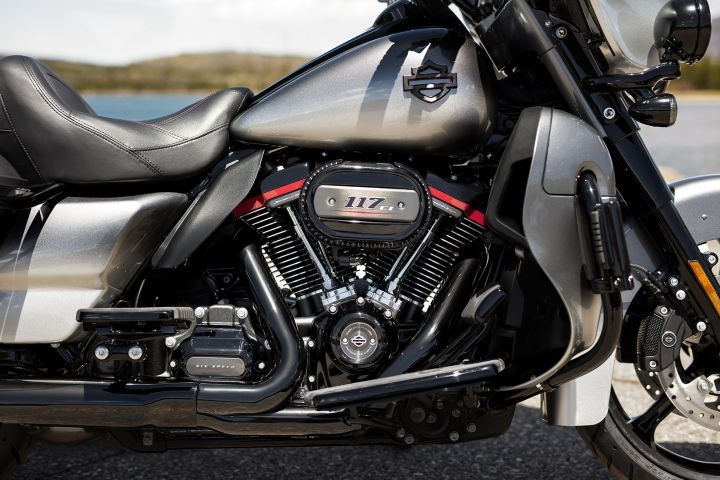 The powertrain is the same Milwaukee-Eight 117 1923cc V-twin that are exclusive to this range, paired with a 6-speed transmission. The Street Glide and the CVO Limited’s motor produce 166Nm, while the Road Glide makes 171Nm of twist. Harley offers the new Boom! GTX infotainment system as standard across the CVO range. This system features a wireless headset with Bluetooth interface, eliminating the need for clunky cables. The headset has a range of up to 1.6km and can communicate with up to eight other compatible headsets. The CVO Limited comes with two wireless headsets as standard while the CVO Street Glide and CVO Road Glide models include a single headset. It also gets a Tire Pressure Monitoring System paired with the Boom! Screen that alerts the rider when the air pressure is low.