The ruling NLD has moved a proposal in Myanmar parliament to form a committee to look into changes in the Constitution which it feels is "not in line with the democratic system”. But the powerful military may resist any such move. 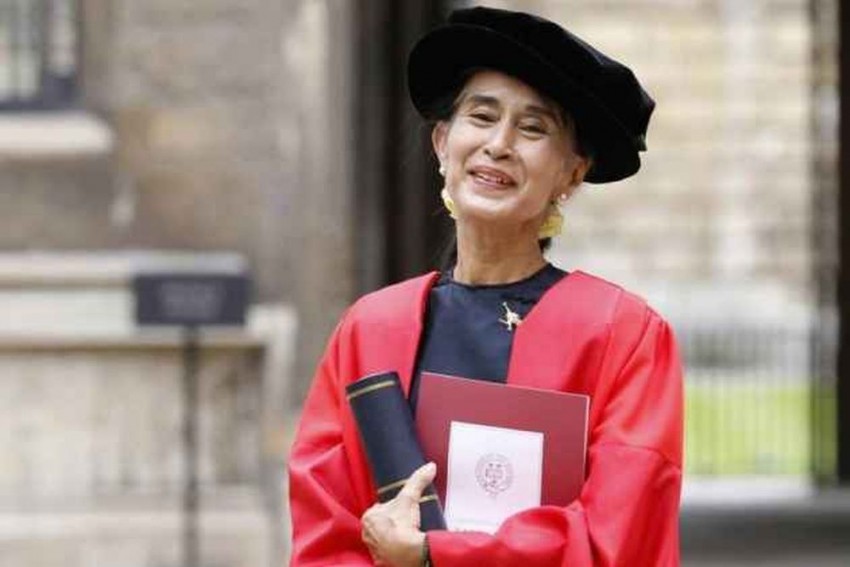 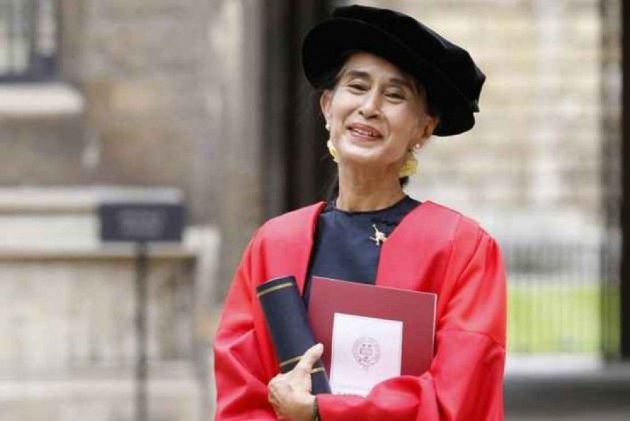 The passage of an ‘emergency proposal’ in the Myanmar parliament late January for a committee to discuss constitutional amendments has led to speculations that de facto leader Aung San Suu Kyi may finally push the powerful military for a change.

On January 29, ruling NLD lawmaker Aung Kyi Nyunt submitted an "emergency proposal" to form a committee that could propose amendments to the 2008 Constitution.

Nyunt in his proposal said that the Constitution was "not in line with the democratic system” and the "desires of the people" should not be ignored.

After speaker T Khun Myat put the proposal to vote, military lawmakers clad in green stood up and launched a silent protest.

Myat asked them to sit down and the proposal was passed 397-14.

Discussions on the proposal will continue, but it is not yet clear when would the proposed committee be formed and more importantly, what amendments it may come up with.

The military, perhaps aware of the global angst against its atrocities in Rakhine, was somewhat muted in protest, with one lawmaker in uniform Brigadier-General Maung Maung saying the army was not against the amendments.

“They can amend the Constitution, but they must do it in keeping with the procedures,” he said. But he was quick to ask, “What kind of law will that committee analyze and how broad would be its authority?”

That sums up the military’s apprehensions of possible amendments that could target two key areas of the 2008 Constitution, which Suu Kyi’s National League for Democracy (NLD) accepted with grave reservations when it contested the 2015 parliamentary polls after boycotting it five years ago.

One part that NLD could seek to change is clause 57(d) and 59(f) in chapter 3 of the 2008 Constitution. The 57(d) clause states that the President must "be well acquainted with the affairs of the Union such as political, administrative, economic and military", while 59 (f) of the same chapter says, "The president must be someone who "he himself, one of the parents, the spouse, one of the legitimate children or their spouses not owe allegiance to a foreign power".

These clauses were put in place specifically to deny Aung San Suu Kyi's bid for the presidency because she has two sons from her marriage to a British professor Michael Aris.

The other part that the military would be expected to zealously retain is the provisions that reserve one-fourth of the parliament seats for the men in uniform and gives the serving generals three key ministries of Home, Defence and Border Affairs.

Suu Kyi, who has so far ruled from "above the president" by creating a new position of state counsellor, would certainly like to run for Presidency when the country goes to polls in 2020.

“Suu Kyi has been in power, but now she would be keen to secure real power, so that she can change the country, make a success of the peace process with warring ethnic minorities, settle the imbroglio in Rakhine and turnaround the country’s economy by attracting foreign investments,” says Amrita Dey, author of an edited volume on Myanmar’s democratic transition (published by Calcutta-based Maulana Azad Institute of Asian Studies).

That had been preceded by former President Htin Kyaw’s strong pitch for urgent constitutional reforms during an Independence Day speech in January last year.

Htin Kyaw, who later stepped down on grounds of poor health to make way for Suu Kyi loyalist Win Myint, had said in the speech: “As we build the Democratic Federal Republic, in accordance with the results of the political dialogues, we all need to work collectively for creating a suitable constitution.”

Most NLD MPs have called for changing Article 436, which gives the military the effective veto over constitutional reform.

But the push for constitutional reforms weakened after Suu Kyi’s legal adviser Ko Ni was shot dead in broad daylight at Yangon International Airport two years ago on Jan 29, 2017.

Though no definite evidence emerged that could link the murder to the military and their efforts to stall constitutional reforms that Ko Ni loudly advocated, the murder seemed to put brakes on an aggressive push for changing the Myanmar polity.

Analysts say Suu Kyi’s move for setting up a committee to suggest constitutional amendments now may have been influenced by electoral considerations, with barely a year to go for the 2020 parliament polls.

NLD lawmaker Ye Htut, when asked about the timing of the ‘emergency proposal’ told the media in candid terms: "It is the election promise.”

Myanmar-watcher Larry Jagan, a former BBC editor, said that the NLD government “has successfully navigated the last two years, laying the foundations for reform, stability and a transition to a stronger democracy.”

“While expectations have certainly been tempered, the government is now going to have to deliver more substantial results in the next 12 months if it’s to be in any position to win the next elections,” Jagan said.

Other analysts agreed but said Suu Kyi could well be testing the military’s reactions by pushing for a committee to suggest constitutional amendments rather than tabling them directly in Parliament.

“As the 2020 elections are starting to influence political calculations in Myanmar, it is not surprising that the NLD wants to show progress on one of its key manifesto pledges,” political analyst Richard Horsey said. “But it is also aware that this is a sensitive issue for the military. Establishing a committee is a much-relied-on way to signal intent without immediately forcing the issue.”