Watch Who Wins: Fierce Fight Between Anaconda And Black Jaguar

In the interesting video, a green anaconda is seen resisting the attempt of the large black jaguar to drag it to the land. 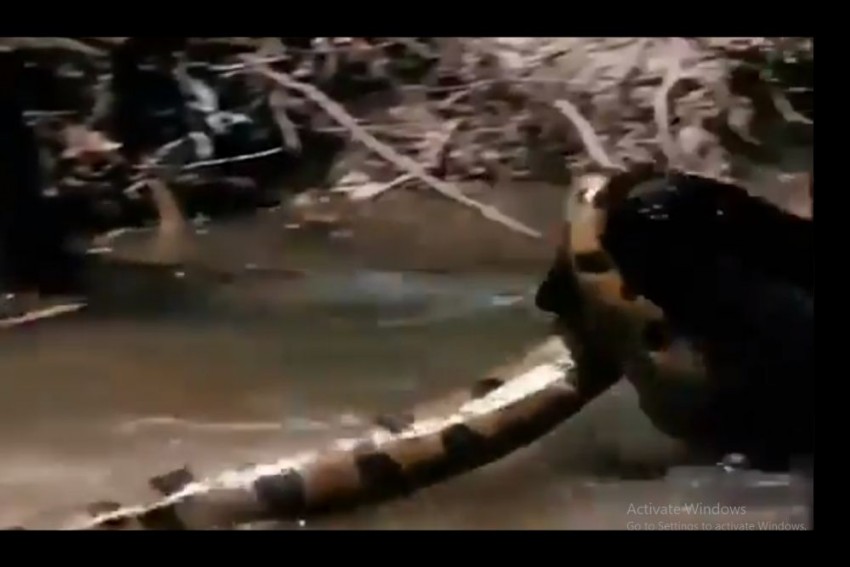 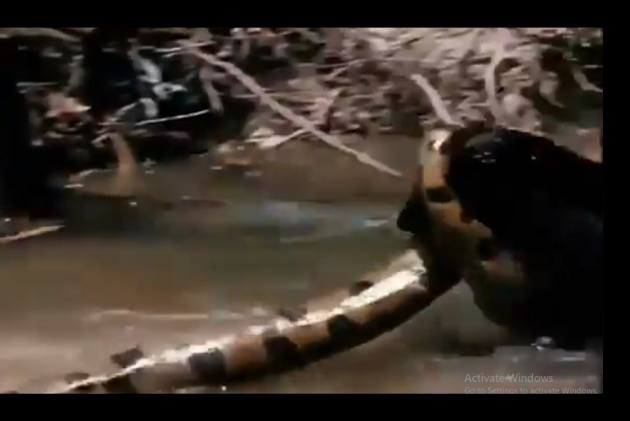 A rare video footage of a fierce battle between an anaconda and a black jaguar has resurfaced on social media. It was posted by the account 'BiodiversidadeB' on 6 January and has been viewed by more than 77,000 times.

In the interesting video, a green anaconda is seen resisting the attempt of the large black jaguar to drag it to the land surface. The green anaconda comes from the family of 'boidae' or boa species, which is commonly found in South America. This giant reptile is the heaviest and one of the longest existing snake species. While, the jaguar is the third largest cat species in the world with lightning speed of 80 kmph.

Both the predators in the video are inclined to take the other one inside their habitat, while the Panther drags the large reptile into the land surface, the heavy anaconda tries to fight back and plunges to the water. However, the Panther again attempts to get hold of the snake.

Twitteratis posted hilarious comments on the video and one user even compared the fight to BJP and Kisan. It said, "BJP =anaconda and Kisan=Jaguar
That’s what will happen with BJP as they will be dragged and thrown out for their divisive mindset."

Check out some tweets here:

Another video went viral on the microblogging site, Twitter in which a fearless dog forces a lioness to retreat. Watch the video here

Should You Get The Covid-19 Vaccine If You’ve Already Had The Virus?