Prosecutors argued that Wesley Mathews, hailing from Kerala, killed Sherin in October 2017. She was adopted by him and his wife, Sini Mathews from an orphanage in Bihar in 2016. 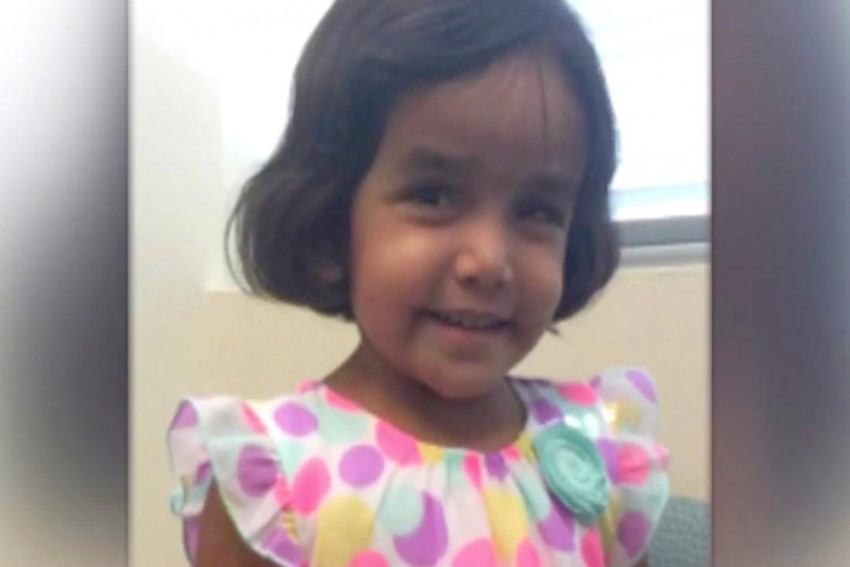 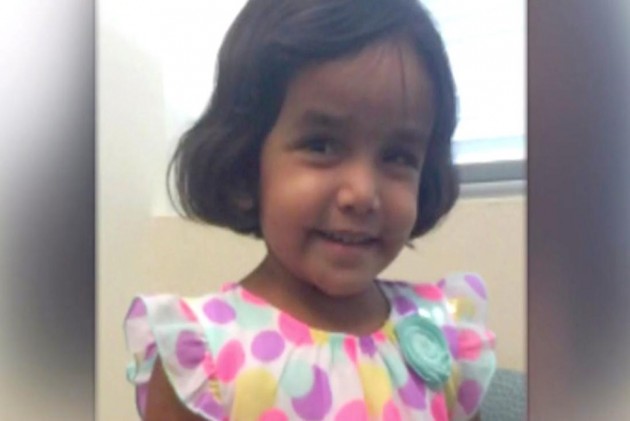 Wesley Mathews, the Indian-American foster father of three-year-old Sherin Mathews, was sentenced to life by a judge in Dallas on Wednesday, for the tragic death of the Indian toddler in 2017, in a case that attracted international attention.

Mathews, 39, pleaded guilty on Monday to a lesser charge of injury to a child in Sherin's death. He was originally charged with capital murder by authorities in the US state of Texas.

Mathews stared ahead and did not look at jurors, as the judge sentenced him to life in prison, US media reports said.

The 12-member jury deliberated Wednesday afternoon for about three hours, before coming to a unanimous decision to give Mathews a sentence of life in the death of his adopted daughter, Sherin. He will be eligible for parole after 30 years' imprisonment.

Prosecutors argued that Mathews, hailing from Kerala, killed Sherin in October 2017. She was adopted by Mathews and his wife, Sini Mathews from an orphanage in Bihar in 2016.

Mathews claimed she accidentally choked to death on milk.

Prosecutor Sherre Thomas argued that Mathews' testimony was just another lie. She said testimony and medical records show that it was "medically impossible for a child, who is 3 years old to stand up and choke to death" as Mathews claimed.

"It means he's still a liar. It means he killed that little girl. And when he killed her, he panicked," Thomas argued, WFAA TV reported.

She said Mathews also took time to clean up himself, and turned off the location tracker on his phone to try to hide what he had done.

Mathews did not tell investigators where his daughter's body was. When her body was found, it was so badly decomposed, that the medical examiner could not determine an exact cause of death.

"There's nothing left of her, her teeth had fallen out," Thomas said. "He covered his crime. He got away with that."

While prosecutors asked the jury to hand down a life sentence, defence attorney Rafael De La Garza argued that Mathews was a good father who panicked when his daughter choked and did not call for help.

He argued that prosecutors could not prove that Mathews killed his child, and said he was only guilty of not calling 911, the emergency helpline.

During closing arguments, De La Garza walked over to Mathews and placed his hands on his shoulders.

"This is something he will live with for the rest of his life," the attorney told jurors.

Mathews initially told police that Sherin went missing on October 7, 2017, after he put her outside their home at 3 am in Richardson, Texas because she would not drink her milk. Her badly decomposed body was found 15 days later in a culvert near the family's home.

His story evolved during the course of the investigation.

He initially claimed, that as punishment for not drinking her milk, he sent Sherin outside at 3 am to stand by a tree outside the backyard of their home.

When he checked in on her 15 minutes later, Mathews said Sherin was missing.

He later admitted she died when he "physically assisted" her in drinking the milk, and got chocked.

On the witness stand during the sentencing trial, Mathews said he panicked, after his daughter's accidental death. He said he wrapped her body in a blue trash bag, and dumped her in a culvert so she would be near the home.

Thomas argued that Sherin suffered abuse the entire time she lived in the US.

Medical records show that she had five broken bones that were at various stages of healing.

Police charged Sherin's foster mother Sini, a registered nurse, with child abandonment in November 2017, after her husband told officials that the couple left the toddler alone the night of her death, while they went to dinner with their biological daughter.

Sini's case was dismissed in March this year, after prosecutors said they could not prove it beyond a reasonable doubt.

Sini sat in the courtroom during closing arguments on Wednesday.

After the judge read the sentence, she quickly left the courtroom without giving a comment to waiting reporters. She and Wesley Mathews were both arrested after Sherin's body was found. The couple later lost custody of their biological daughter.

Sherin's death attracted the attention of the Indian government, and the then External Affairs Minister Sushma Swaraj took a keen interest in the case, and also instructed the Indian mission in Houston to make sure that the Indian toddler received justice. India further tightened the adoption process after Sherin's tragic death.