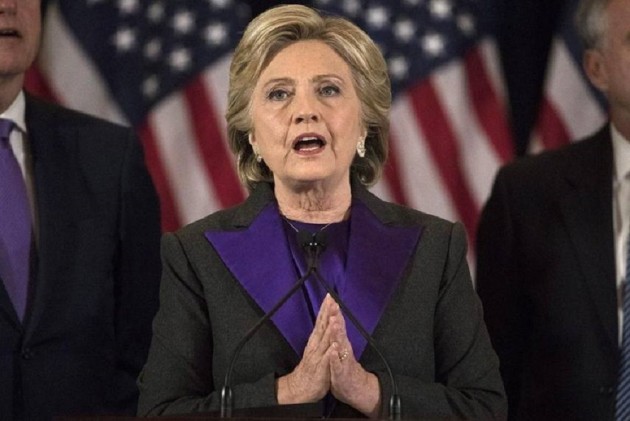 Hillary Clinton, who was defeated by Donald Trump in the 2016 presidential elections, reposted some of her own tweets, with messages she originally shared after her loss to the Republican leader four years ago.

"Do not lose heart (Vote.)," the 73-year-old Democrat leader tweeted while sharing her four-year-old tweet which said, "Scripture tells us: Let us not grow weary in doing good, for in due season, we shall reap, if we do not lose heart."

The message carried a smiling photo of Clinton which she tweeted on November 9, 2016, after losing to then-Republican candidate Trump.

Clinton pinned another November 9, 2016, tweet to the top of her Twitter handle: "To all the little girls watching...never doubt that you are valuable and powerful & deserving of every chance & opportunity in the world."

The former secretary of state has been supportive of Trump's Democratic challenger Joe Biden, at fundraisers, in interviews and on Twitter. But she's been notably absent from the campaign trail, the Fox News reported.

The former first lady announced last week that she would serve as one of New York's 29 electors to the Electoral College if Biden and his running mate Sen. Kamala Harris win the state.