The massive floods, described by meteorologists as a once-in-a-lifetime event in China, has resulted in apocalyptic scenes in the provincial capital Zhengzhou 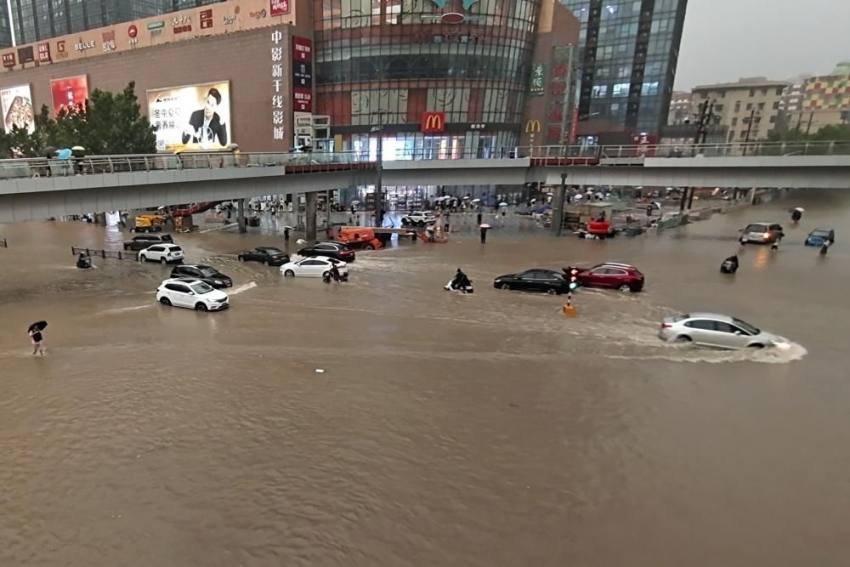 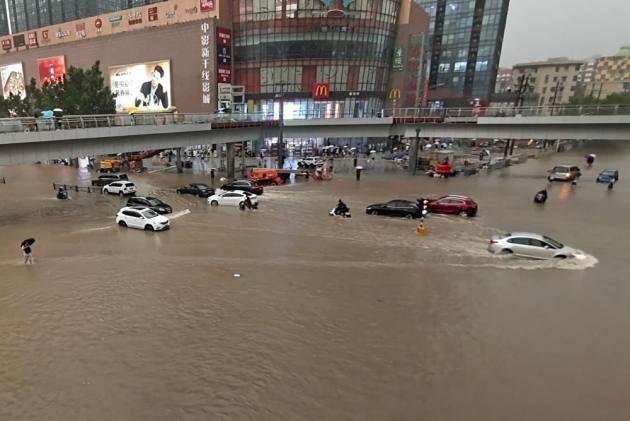 At least 13 people were killed and over a lakh evacuated in China’s central Henan province hit by the heaviest rainfall in 1,000 years, prompting President Xi Jinping on Wednesday to deploy the Army to rescue those trapped in inundated subways, hotels and public places, amid fears of collapse of a dam posing flood risk to the provincial capital.

The massive floods, described by meteorologists as a once-in-a-lifetime event, has resulted in apocalyptic scenes in the provincial capital Zhengzhou, a metropolis of 12.6 million, with its public avenues and subway tunnels getting submerged with surging waters.

Xi ordered the deployment of the People’s Liberation Army (PLA) and said that authorities at all levels must give top priority to ensuring people's safety and property as massive floods ravaged the province and Zhengzhou city.

The People's Liberation Army Central Theatre Command urgently dispatched troops to a county in rain-hit Henan where a dam is under threat of collapse due to serious damage caused by the rains, state-run Xinhua news agency reported.

The PLA said on its social media account on Sina Weibo, China's Twitter-like social media platform, saying that a 20-meter-long crevasse had appeared in the dam in Yichuan county of Henan Province, and could collapse any time.

Videos posted on the Chinese social media showed petrified passengers trapped in subway trains clinging on to safety bars desperately waiting for help as floodwaters raised up to their necks. It was not immediately known what happened to their fate.

Videos showed people trying to wade through floods in the downtown of the city while scores of cars and other vehicles washed away. Some videos also showed people falling into the massive cave-ins of the roads.

Rainwater poured into the subway tunnel of the city's Line Five, trapping an unknown number of passengers aboard a subway train.

The downtown area of Zhengzhou received an average precipitation of 457.5 mm within 24 hours on Tuesday, the highest daily rainfall since the weather record began, Xinhua news agency reported.

Hong Kong-based South China Morning Post reported 13 deaths in the floods so far while over one lakh people have been evacuated.

Henan province is home to many cultural sites and a major base for industry and agriculture. Reports said that Shaolin Temple, known for its Buddhist monks' mastery of martial arts, was also severely hit by floods.

Heavy waterlogging has led to the virtual paralysis of the city's road traffic. Over 80 bus lines have been suspended, more than 100 temporarily detoured and the subway service has also been temporarily suspended.

Police officers, firefighters and workers from the local sub-district have arrived at the site for the rescue operation, the report said.

The water level inside the subway carriage is receding, and the passengers are temporarily safe, it said.

More than 160 train services were stopped at Zhengzhoudong Railway Station.

The airport in Zhengzhou cancelled 260 flights into and out of the city, and local railway authorities also halted or delayed some trains.

Affected by the rainstorms, several residential communities in the city are without tap water and electricity.

Heavy rains in Henan are expected to last until Wednesday night, according to forecasts.

Weather forecasters described the extreme event as the heaviest rainfall in 1,000 years while hospitals have run out of electricity, the Post reported.

The Zhengzhou flood control headquarters issued a text message on Wednesday, warning residents there was a “grave safety hazard” in the Guojiazui reservoir and calling on them to evacuate the southwestern part of the city immediately.

Xinhua quoted President Xi as saying that the rainfall has made the flood control situation very severe, causing massive waterlogging in Zhengzhou and other cities, water levels in some rivers exceeding the alarm levels, and damages to dams of some reservoirs.

He said that sections of railways have also been shut down, and some flights have been cancelled.

He also stressed the need to take solid measures to assist those affected by the floods, and to strengthen hygiene and disease control so as to ward off epidemics and prevent people from returning to poverty due to disasters.