Trump has pushed aggressive trade actions to lower the US trade deficit. 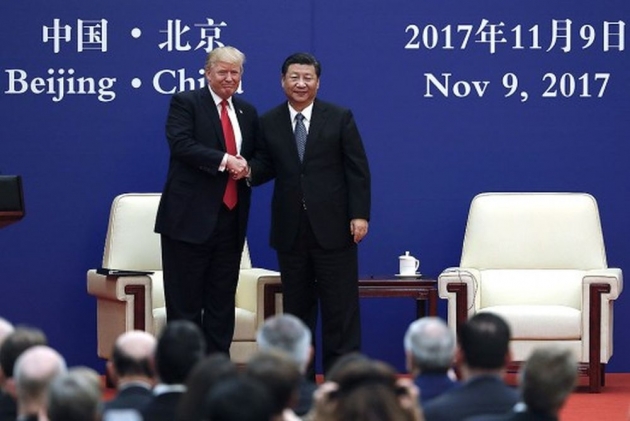 About $16 billion Chinese goods to face sharp rise in import tariffs as the United States on Thursday imposed new duty after claiming Chinese products as rampant theft of American technology. Even as, the trade negotiators were in talks to prevent further trade conflict between the two countries, US decided to hit out again.

The latest action completes the first round of $50 billion in products that President Donald Trump targeted, after $34 billion in goods were hit with punitive duties on July 6.

China has said it will react immediately with tariffs on the same amount of US goods, targeting iconic products like Harley motorcycles, bourbon and orange juice, among hundreds of others.

It came as the world's two largest economies were holding their first formal discussion since June on the spiraling and multifaceted trade war.

Trump has pushed aggressive trade actions to lower the US trade deficit, which he equates with theft from Americans. But US trading partners have retaliated aggressively, which is hurting American farmers, manufacturers and consumers.

US businesses have become increasingly concerned about the tariffs that are raising prices for manufacturers and could hurt the economy, although the prospect of a negotiated solution buoyed Wall Street this week.

However, Federal Reserve officials have warned that "an escalation in international trade disputes was a potentially consequential downside risk for real activity," according to the minutes of the July 31-August 1 policy meeting.

A large-scale and prolonged dispute likely would adversely impact business sentiment, investment spending and employment, the officials warned, and boost prices, which would "reduce the purchasing power of US households."

And still pending are the possibility of new duties on another $200 billion in Chinese goods, which are the subject of public hearings this week, as well as Trump's proposed 25 percent taxes on all auto imports to protect the US industry.

But Commerce Secretary Wilbur Ross said China will not be able to continue to retaliate at the same pace as the United States.

"Naturally they'll retaliate a little bit. But at the end of the day, we have many more bullets than they do. They know it," Ross said on CNBC.

"We have a much stronger economy than they have, they know that too." Trump, who has threatened to target all $500 billion in goods the US imports from China, has made that same point, noting that Beijing cannot continue to retaliate in kind since it imports less than $200 billion a year in American goods.