Mass hysteria over child-lifting in Tripura has claimed two lives and left as many as six people injured in three separate incidents in the past 48 hours. 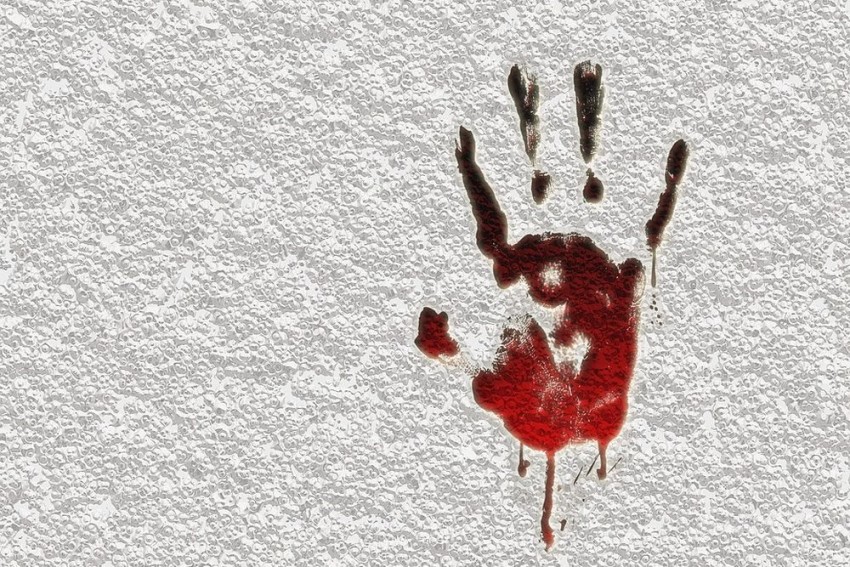 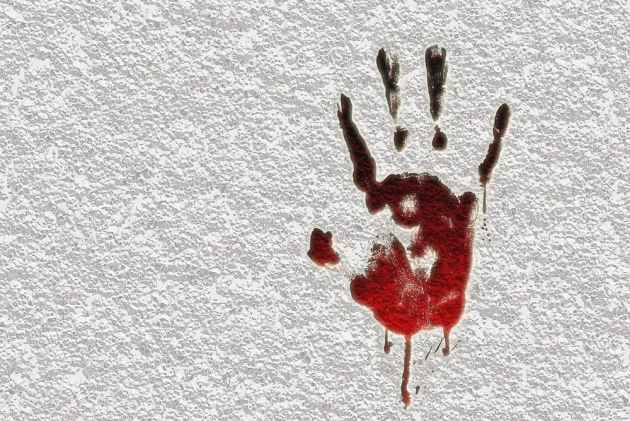 outlookindia.com
2018-06-29T14:54:47+05:30
Sukanta Chakraborty, 36, who was appealing to the public on behalf of the administration to refrain from rumour-mongering on social media, on Thursday himself fell victim of a mass hysteria over child-lifting that has claimed two lives and left as many as six people injured in three separate incidents in the past 48 hours, forcing the government to suspend all mobile internet services for two days.
Chakraborty’s lynching came just hours after Uttar Pradesh resident Zahir Khan, who had been selling crockery and garments in remote markets of the state for the past 20 years, was killed and three others severely injured after 300-odd mob attacked them on suspicion of being child-lifters at Murabari in West Tripura district, about 30 km from Agartala, police sources told Outlook.
On Wednesday evening, a mentally-challenged man was thrashed and left with serious injuries by a mob over similar child-lifting and organ trafficking rumours in Agartala. A video of the incident had also gone viral on social media.
The trigger for the three back-to-back attacks, the sources said, were the alleged reports about illegal harvesting of the kidneys and other organs of an 11-year-old boy, Purna Biswas, who was found dead in the Tulabagan area of West Tripura district on Tuesday. Amid reports of clashes between locals and the police over the incident, chief minister Biplab Kumar Deb took to social media to debunk the rumours, and claimed that the kidneys and other organs of the boy were found intact, citing the autopsy report.
In fact, to counter the social media reports, Deb said there was no facility for kidney or liver transplant in the entire state or even in the adjacent districts of Bangladesh.
“Strongest possible action shall be taken against all the miscreants who are attempting to disrupt our peaceful and beloved Tripura. Urge citizens to not indulge in spreading rumours and fake news. Bring any such matters to immediate notice of Tripura_Police,” the chief minister tweeted.

Strongest possible action shall be taken against all the miscreants who are attempting to disrupt our peaceful and beloved #Tripura.

Urge citizens to not indulge in spreading rumours and fake news. Bring any such matters to immediate notice of @Tripura_Police. https://t.co/7CeGHKyTbI

The incidents come as a grim reminder of the brutal lynching of two friends – Nilotpal Das, 29, and Abhijeet Nath, 30, – in neighbouring Assam’s Karbi Anglong district after they were mistaken as child lifters by a mob of more than 200 people.
READ ALSO: Nilotpal Wanted To Promote Assam Through Music, Abhijeet Never Even Hurt An Insect, Say Friends Of Mob Lynching Victims
Chakraborty, a microphone announcer, was reportedly hacked to death on Thursday, while two government officials accompanying him were thrashed by a mob at Manu Bazar in southern Tripura, 130 km south of Agartala, while they were announcing that the reports on child lifters were false. Their vehicle was also badly damaged in the attack. Tension prevailed in Subroom sub-division after the incident.
"Sukanta Chakraborty was attacked when he was appealing to the public on behalf of the administration not to heed to rumours. Senior civil and police officials have rushed to these areas and additional security has been deployed to control the situation," an official told the local media. 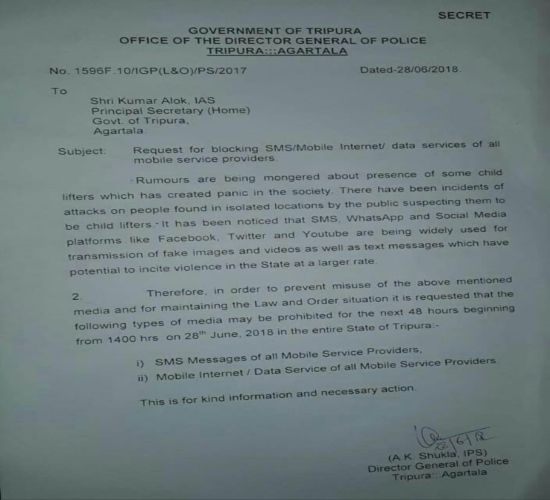 While the Murabari incident reportedly took place, when Khan and two other hawkers -- Khushit Khan from Uttar Pradesh and Gulzar Khan from Bihar -- reached the tribal-dominated area around 9:30 am from Bitterban, an urban slum, to sell garments on a vehicle. Locals suspected them to be child lifters and started assaulting them, police sources said.
Chased by the mob, the hawkers and their driver ran into the nearby Tripura State Rifles camp, police said. As the situation went out of control, the TSR personnel fired several rounds in the air and also burst tear gas shells, but the mob continued to beat the men. While Khan died on the spot, Khushit, Gulzar and their driver Swapan Miah were seriously injured in the attack, police said, adding that a constable Sumit Sanyal was also injured.
"There were around 300 to 400 people who attacked us. They suspected us child lifters in reference to the Mohanpur incident. I showed them my driving licence, Aadhaar and identity cards but they still attacked us,” Miah told news agency PTI.
A day ago, in a widely-circulated video, a mob was purportedly seen beating a man, who is yet to be identified, on the suspicion that he was a child kidnapper.
In view of rumour-mongering, director-general of police Akhil Kumar Shukla issued a notification on Thursday, suspending all SMS and Internet services for the next 48 hours.
"It has been noticed that SMS, WhatsApp and social media platforms like Facebook, Twitter and YouTube are being widely used for transmission of fake images, videos and text messages which have the potential to incite violence in the state," the notification stated.
The nation has witnessed several incidents of mob violence following rumours on social media in the past a few months, leading to assaults and murders. One of the first cases was reported from Obanapalle village in Andhra Pradesh on April 28 when locals thrashed a mentally unsound man to death.
On the same day, another mentally unstable man was hacked to death by a mob in Vellore district in Tamil Nadu after several WhatsApp posts claimed that around 200 miscreants from “north India” either entered or were entering into the state to abduct children. Two more similar incidents came to light from the state within two weeks.
Similar incidents of people being thrashed over social media rumours were also reported from several states including Odisha, Karnataka and Gujarat.
For in-depth, objective and more importantly balanced journalism, Click here to subscribe to Outlook Magazine